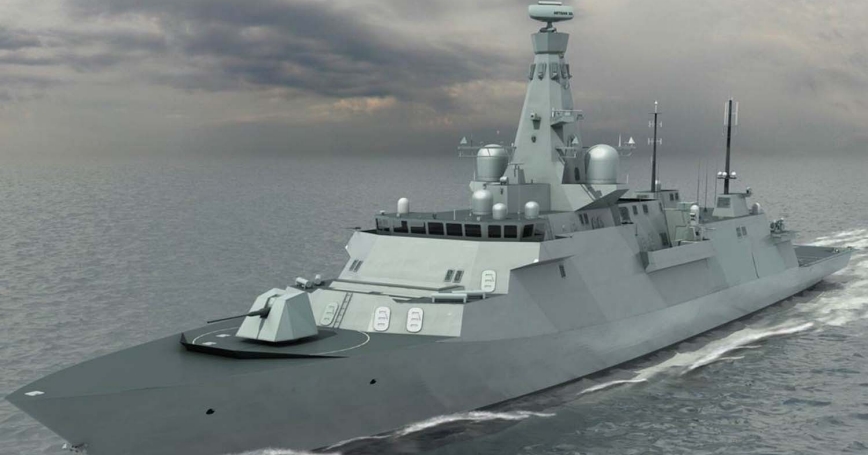 Artist rendering of the Type 26 frigate

by Paul DeLuca and Roger Lough

Australia will soon begin production of Attack-class submarines and Hunter-class frigates, ostensibly bringing more than $100 billion in new naval ship construction to domestic industry. While many in political and labour circles see this as a boon for Australian companies, actual domestic spending may be far less than imagined.

In a report issued five years ago, RAND Australia proposed a number of principles—ranging from introducing a continuous build approach and establishing consistent design and production demand factors, to selecting mature designs, to limiting changes in design—to reinvigorate and rationalise naval shipbuilding in Australia. The report, Australia's Naval Shipbuilding Enterprise—Preparing for the 21st Century, estimated that the principles would significantly help erase the 30–40 per cent cost premium that has plagued the domestic naval shipbuilding industry for decades.

The 2017 Naval Shipbuilding Plan embraced the principles and they remain valid today. That is not to say that they have been easy to implement. In the Hunter and Attack class programs, for example, the government did not choose a mature design. This, inevitably, will have cost and schedule implications given there is ample evidence that large complex military programs are invariably overweight, over budget and behind schedule.

Recently, Australia's policy debates have focused on how best to leverage Hunter and Attack class programs to enhance its sovereign naval shipbuilding powers. In these debates, improving Australian industry content or capability —both of which have been shortened to the acronym AIC—have been offered as means to achieve independence and sovereign control of critical shipbuilding elements, activities, and components. In this context, content is the level of Australian company participation in a program, measured in dollars, per cent of components produced, or share of workload; capability is the ability to design, develop, and deliver warships on schedule and within budget.

But this focus on AIC may be misleading.

By emphasising AIC and deciding to maximise local industry as a key component of Australia's shipbuilding industry policy at this early stage, the government may be overburdening cost and, especially, schedule issues—issues already hampered by COVID-19.

As part of the recovery from the COVID-19 pandemic, the government has made Australia's manufacturing industry a priority, with a strong emphasis on the defence industry.

Some of these strains may be unavoidable. As part of the recovery from the COVID-19 pandemic, the government has made Australia's manufacturing industry a priority, with a strong emphasis on the defence industry, with fiscal injections and simplifications to Defence's procurement processes. However, because both the Hunter and Attack class vessels derive from existing overseas designs, their prime contractors will initially favour Australian supply chains for commercial, non-ship-specific components, which are easier and quicker to purchase in the short term than complex ship-specific systems.

While this suggests AIC is more about content at this stage, the situation will likely change when the enterprise matures. As the shipbuilding projects progress and if government policies continue to emphasize advanced manufacturing, Australian industry will likely become more mature and prevalent in the supply chain. It can then be expected to be the source for more complex ship-specific systems. However, this will take time.

Overlaid on the AIC debate is the issue of sovereignty. In simple terms, Defence defines sovereignty as a capability that is available where and when it is needed. To a significant extent, this has been achieved in naval shipbuilding by the decision to build and sustain the vessels in Australia; i.e., there is a prima facie case that Australia can build warships when it wants. The issue is, can it build the right warships?

This aspect of sovereignty is addressed by increasing local sourcing of key systems and subsystems that have strategic importance, such as propulsion and energy systems or advanced electronics like phased array radars. As the level of local industry capability increases, especially in the number of complex ship-specific systems that have strategic significance, a natural consequence is the ability of Australia to have a domestic design capability—again a significant contribution to sovereignty given the lack of ties to local suppliers that an overseas design would bring.

No individual country can afford a totally and wholly home-grown naval vessel design and manufacturing capability.

However, no individual country can afford a totally and wholly home-grown naval vessel design and manufacturing capability. At some stage key components and design expertise will need to be sourced from a global supply chain—regardless of whether the design is domestic or foreign. The challenge for Australia is to determine how “local” the design and manufacturing needs to be to meet Defence's sovereignty criteria, as well as to determine the cost of meeting those criteria.

The major AIC challenge for government is how much extra risk it can tolerate to the programs' cost and, more importantly, to its schedules by pushing either content or capability (or both) at this early stage of the shipbuilding program. These risks will likely diminish over time. Thus, government might consider articulating specific Australian industry content and capability goals spread over the build period to give clear guidance on what risks it is prepared to tolerate at each stage of the shipbuilding program.

Paul DeLuca is a senior engineer at the nonprofit, nonpartisan RAND Corporation. Roger Lough is the former Chief Defence Scientist (2003–2008) and consultant to RAND Australia.

This commentary originally appeared on Australian Defense on January 21, 2021. Commentary gives RAND researchers a platform to convey insights based on their professional expertise and often on their peer-reviewed research and analysis.