COVID-19 Has Offered Opportunities for Communities to Come Together 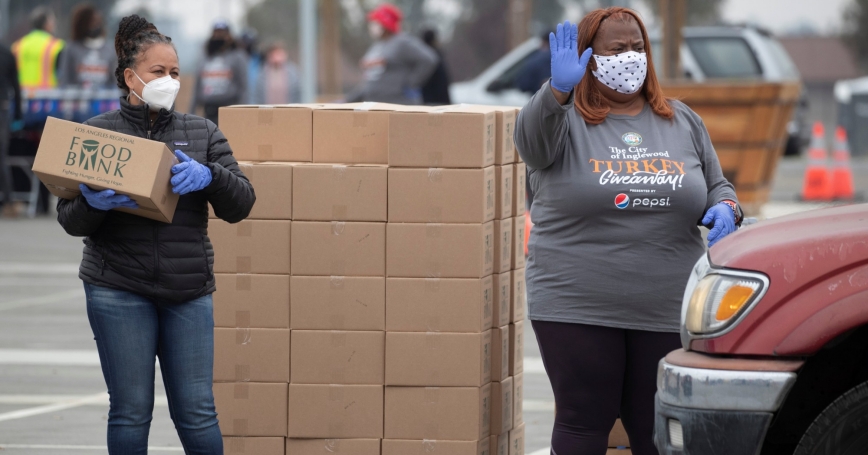 The past year has been among the most turbulent in recent memory, with a global pandemic killing well over 350,000 Americans, protests against police brutality as well as to foster racial justice, a flagging economy, and a contested presidential election. Might the crises of the past year provide a catalyst for a renewed sense of civic engagement that transcends some of the race and class divisions COVID-19 has exacerbated?

In October of 2020, RAND and the Robert Wood Johnson Foundation surveyed a nationally representative sample of 4,143 individuals with household incomes under $125,000 to better understand their civic engagement in the current moment. This was the second in a series of four surveys to be conducted, in part through the RAND American Life Panel, with two more to be conducted in 2021. (The first two waves of the survey focused on American health mindset and COVID-19 experiences.)

We designed this panel to emphasize the perspectives of populations historically at greater risk as they face the COVID-19 pandemic, economic recession, and social injustice. Fifty percent of respondents identified themselves as nonwhite, and 45 percent reported an annual household income of less than $50,000.

Many respondents, despite struggling themselves, are engaging in activities to help their neighbors and their communities.

We found that in these difficult times, many respondents, despite struggling themselves, are engaging in activities to help their neighbors and their communities. Over 50 percent of those surveyed report helping their neighbors, and over 80 percent report supporting local businesses. Twenty-six percent donated or volunteered to help local organizations that help the poor, and 11 percent worked to change a policy or law to help make their communities better.

Given pervasive concerns about polarization among racial and economic groups, it is notable that there were no differences by income groups in helping neighbors or in working to change policies or laws. However, supporting local businesses and local organizations that help the poor did differ by income, with higher-income individuals more likely to report these activities than lower-income individuals.

Similarly, over 80 percent report the people in their community are taking action to support others who are struggling most or some of the time, but these rates are somewhat lower for Black and Hispanic respondents.

Civic engagement is important both for the health of democracy and for the health of citizens, something demonstrated in previous research from the United States and other countries. As part of efforts to build a Culture of Health in America, the Robert Wood Johnson Foundation has cited civic engagement as a critical avenue that links personal health decisions, choices to invest in community well-being, and better community health outcomes.

Evidence from this most recent survey suggests that many Americans are engaging in civic activities to help their communities, and that others in their communities are doing the same. The past year has taken much from the country—but it appears that it retains a solid civic infrastructure that, if used well, could support recovery. Indeed, the fact that people of color are reporting more action in support of policy change may auger well for using post–COVID-19 recovery to address racial and economic disparities. Yet, the fact that low-income and nonwhite respondents report less of other forms of civic engagement may indicate a need to shore up this aspect of civic infrastructure to ensure that all citizens have the resources and opportunities to participate actively.

We will be fielding this survey at two subsequent points between now and summer 2021—with items that probe more deeply into the specific types of opportunities for change that respondents see emerging in the pandemic. This will also provide an opportunity to track how public opinion responds to current extreme upsurges in cases, and the possibility of additional physical distancing measures, as well as to track how civic engagement changes as the pandemic wears on and with a change in leadership in the White House and Congress.