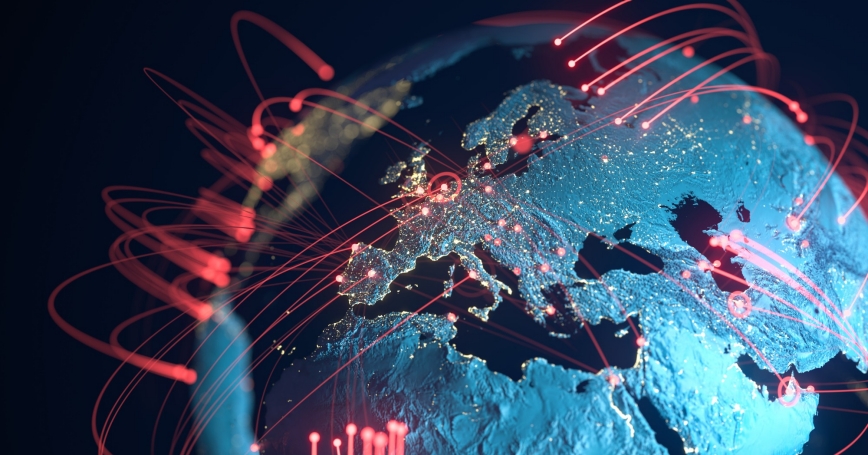 The potential for future conflicts to originate in outer space, or for terrestrial conflicts to extend there, has grown as various governments are developing an array of counterspace weapons. The explosion of commercial space activity has also raised the risk of damaging incidents in space.

These developments have renewed interest in the role that international norms of responsible behavior could play in enhancing safety and security in the space domain. Those norms can range from informal “rules of the road” that evolve from practice to international political agreements or even legally-binding measures.

But previous efforts to establish norms have had limited results. The Biden administration has an opportunity, working with like-minded allies and partners, to galvanize nascent international efforts.

The most recent U.S. National Space Policy (PDF) released in early December calls for U.S. leadership in “promoting a framework for responsible behavior in outer space, including the pursuit and effective implementation of best practices, standards, and norms.”

The National Space Policy echoed the Defense Space Strategy Summary (DSS) (PDF) released in June 2020. The DSS acknowledges that one of the challenges in advancing space norms is that “international understanding and agreement of what constitutes unsafe, irresponsible, or threatening behavior in space is nascent.” Recent talks between the United States and Russia regarding space stability confirmed that there is still a lack of agreement between key space powers on norms.

Although norms are imperfect and not enforceable, previous RAND analysis and wargaming suggests that norms of space behavior could help build confidence among space-faring nations and enhance crisis stability and deterrence by creating rules of the road and thresholds that would be clear warnings of hostile intent. Working with allies and partners to advance international norms can enhance space resilience and deterrence.

The willing partners are growing. On December 7, the UN General Assembly adopted overwhelmingly a resolution (PDF), developed by the United Kingdom and cosponsored by 21 other countries, calling for member states to share information about their space security policies, space activities they find responsible, irresponsible, or threatening, and ideas on norms of responsible space behaviors.

The resolution also requests the UN Secretary General to submit a substantive report on these matters, including the collected views of member states, for discussion at the General Assembly session in the fall of 2021. The goal of the initiative is to break the deadlock in international discussions on space security issues.

One norm that has engendered broad support is that states eschew destructive ASAT tests and other activities that would add to debris in space. Other norms that have been under discussion in the international community include: (1) further guidelines on mitigation of space debris including disposing of satellites that have ended their service life; (2) greater transparency regarding space operations; and (3) norms for on-orbit servicing of satellites, which could be used not only to repair but also to damage or destroy another state's satellite.

There are a number of roadmaps for greater space security cooperation stretching back decades.

The 1967 Outer Space Treaty commits the 110 states party to the agreement—including the United States, Russia, and China— to use space for “peaceful purposes” and prohibits placing weapons of mass destruction in orbit around the earth, stationing them in outer space, or installing them on celestial bodies. The Treaty does not limit conventional weapons that can attack space systems. However, Article IX of the Treaty stipulates that all state parties “should conduct all their activities in outer space…with due regard to the corresponding interests of all other States Parties to the Treaty.” Building on this principle, there have been various efforts in United Nations bodies and other international fora over several decades to develop non–legally binding norms that would clarify and codify peaceful and responsible space activities.

Working with allies and partners to advance international norms can enhance space resilience and deterrence.

The U.S. 2010 National Space Policy (PDF) called on “all nations to work together to adopt approaches for responsible activity in space.” This guidance led to U.S. engagement, but not necessarily leadership, of a number of international initiatives over the past decade. Washington supported a 2008 EU initiative to draft an “International Code of Conduct for Outer Space Activities” that ultimately foundered. The UN General Assembly Group of Government Experts (GGE) did produce a consensus report (PDF) in 2013 recommending various transparency and confidence-building measures (TCBMs) that are considered worthwhile. In 2019, the UN Committee on the Peaceful Uses of Outer Space (COPUOS) Working Group on the Long-term Sustainability of Outer Space Activities (LTS) reached consensus among its 84 member states on twenty-one “Guidelines for the Long-term Sustainability of Outer Space Activities (PDF).”

Russia and China have been less interested in norms, preferring to work together in the UN Committee on Disarmament to promote the Treaty on the Prevention of the Placement of Weapons in Outer Space (PPWT), with a primary goal of preventing U.S. deployment of ballistic missile defense systems in space. The United States and most Western governments oppose the PPWT because it does not address terrestrial counterspace threats and is deemed unverifiable.

While there are diverse views on norms and which problems should be prioritized, there is growing recognition that the New Space era requires progress on responsible space behavior. It's with this that the Biden administration has opportunity—building on previous efforts and working closely with allies and partners—to shape an international consensus on norms than could enhance safety and security in outer space.

Stephen J. Flanagan is a senior political scientist at the nonprofit, nonpartisan RAND Corporation. He served in several senior positions in government, most recently as special assistant to the president and senior director for defense policy and strategy at the National Security Council (NSC) Staff from 2013 to 2015. Bruce McClintock is the lead of the RAND Space Enterprise Initiative, a virtual center that provides a focal point for all RAND space-related research, for the U.S. government and U.S. allies. McClintock joined RAND in 2016 after retiring from the Air Force as a brigadier general.

This commentary originally appeared on Politico on January 15, 2021. Commentary gives RAND researchers a platform to convey insights based on their professional expertise and often on their peer-reviewed research and analysis.