How Threats Against Lawmakers Could Distort the Political Landscape for Years 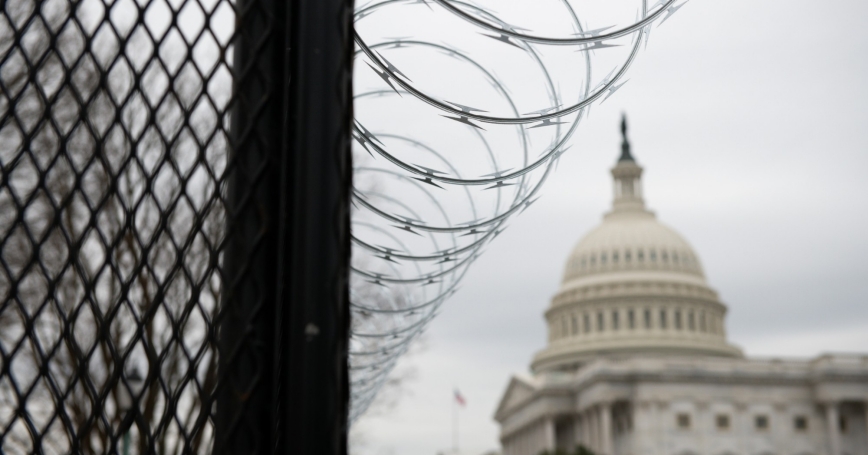 Vandals attack the homes of congressional leaders. Armed protesters barge into statehouses. And most dramatically, hundreds of extremists invaded the U.S. Capitol on January 6. Some damaged the building and the offices of members. Others walked off with “souvenirs.” Some reportedly hunted for the vice president and the speaker of the House. Hiding out or behind barricaded doors, members of Congress feared for their lives, urging the president to call off his supporters and begging for reinforcements to rescue them from their fellow Americans. Never before in the nation's history has such an event occurred.

With the installation of a new government in Washington, it's important to recognize that American politicians continue to face incessant threats. Historians have noted that recent political violence may be no worse than that witnessed throughout U.S. history—the latest periodic spasm. Indeed, most presidents since the Civil War have been the subjects of assassination plots or attempts, while judges and IRS agents have repeatedly been targeted by criminals. Threats against leaders imposing quarantines, preventing travel, or shutting down commerce have been features of plagues going back to the Middle Ages.

But things appear different today. In part, it's because of the poisonous partisanship that has infected the political system, which appears to be spreading throughout American society. The language of political discourse has coarsened. The media deluge us with examples of brutish behavior. The internet and social media facilitate radicalization along with remote harassment and threats. In this way, it's not a spasm. Violent expression has become normalized.

The political environment is changing in a way that goes beyond immediate security concerns. The prevalence of threats and violence as a feature of American politics will ripple throughout the political system. Our politics could be distorted by the vicious atmosphere for years.

This new normal will shape who signs up for the job, which is likely to further discourage ordinary people from entering public service. The vitriolic environment may also attract actors who embrace politics as blood sport and are willing to exploit violent rhetoric to mobilize their bases and intimidate their opponents.

The prevalence of threats and violence as a feature of American politics will ripple throughout the political system. Our politics could be distorted by the vicious atmosphere for years.

More immediately, the increased threats are surely affecting the psychology of politicians.

Understandably, recent events have rattled members of Congress. An angry mob invaded their workplace—in a sense, their home. That can cause anxiety, flashbacks, hypervigilance, difficulty sleeping, depression—the classic symptoms of posttraumatic stress, which can take months or longer to get over. The situation is aggravated by having to regularly return to the scene of the fray.

Outside the Capitol, sudden approaches by people, a shouting bystander, any loud noise can trigger alarm. This could prove especially difficult for politicians who move constantly among strangers, shaking hands, drawing strength from noisy crowds—affirmations of connectivity in a tumultuous democracy.

Oral and written threats sent by email, over social media, and in phone calls are additional causes of distress. A heavily armed man arrested in Washington the day after the Capitol attack had posted the message “Thinking about heading over to Pelosi C---'s speech and putting a bullet in her noggin on Live TV.” People who make this kind of public threat seldom turn out to be assassins, but for the foreseeable future, such messages won't be easily dismissed and forgotten by public officials. They will be constant reminders of peril.

It's a peril not limited to the nation's capital. The attack on the Capitol was presaged by what authorities said was a plot to kidnap the governor of Michigan, in which expletive-filled surveillance audio (PDF) recorded scenarios from storming the State Capitol in Lansing to take hostages, including the governor, to “f-----' killin'” her: “Have one person go to her house. Knock on the door and when she answers it, just cap her.”

In this environment, personal threats will inevitably intrude on the decisions politicians make and perhaps affect how they vote. A Republican member of Congress said that some of his colleagues voted against certifying President-elect Joe Biden's victory because they feared President Donald Trump's supporters' coming after their families—and that they still might be operating under that shadow.

Other legislators may lose trust in their colleagues or be unwilling to remain in office with them, further loosening the bonds between politicians in different political parties. It is yet to be determined whether any members of Congress abetted the January 6 putsch, but even the feeling that their rhetoric encouraged the attack may leave legislators and policymakers increasingly distrustful of their colleagues.

At the same time, as threats become routine rhetoric, political actors may increasingly exploit violent impulses to arouse their constituencies and intimidate their political foes.

Public revulsion over the Capitol takeover, denunciations by politicians once viewed as supportive and the deterrent effects of rigorous prosecution may combine to reduce the ranks of the extremists. That is welcome and needed, but it shouldn't lull us into thinking the worst is over.

These actions won't necessarily dent the determination of the die-hards. With popular participation declining, the irreconcilables will almost certainly go underground and change tactics to continue the fight with even greater zeal. That could mean carrying out more attacks, such as hit-and-run spectaculars that attract attention and recruits and fear—in a word, terrorism.

Improving security is a first step, but there are practical limits. Should 24-hour Secret Service protection be offered to all members of Congress? Some Michigan state legislators donned bulletproof vests when armed protesters shouted at them from the galleries. Should all state legislators be thus outfitted? Or carry their own firearms?

There are also philosophical concerns. If politicians go virtual, operating from undisclosed locations, do we risk disconnecting government from the citizenry? Are armed fortresses necessary to protect democracy from itself? There are no easy answers to such questions; that they even arise is a sign of the times.

Tougher laws about incitement and communicating threats may also be necessary. More policing by social media platforms may be required. “A bullet in her noggin” is a threat, not free speech. Still, how much control is possible while maintaining First Amendment rights?

Healing a deeply divided American society—made worse by a pandemic and its economic consequences—could take years, if it's possible at all.

Almost every major social and political movement in 20th-century America was accompanied by varying degrees of violence by actors on the fringe, whether over unionization in the early part of the century or later over the Vietnam War. In the past, the country's political system has been remarkably successful at co-opting the grievances and causes of these movements while isolating their violent fringes, whether it was passing legislation to bring unions into the political system or withdrawing from Southeast Asia.

That may not work this time. The causes and complaints driving many of today's threats may be less amenable to compromise without abandoning the principle of unalienable rights or fundamental U.S. values. Healing a deeply divided American society—made worse by a pandemic and its economic consequences—could take years, if it's possible at all.

Brian Michael Jenkins is a senior adviser to the president of the nonpartisan, nonprofit RAND Corporation, and directs the National Transportation Security Center at the Mineta Transportation Institute. He began researching terrorism for RAND in 1972.

This commentary originally appeared on NBC News THINK on January 25, 2021. Commentary gives RAND researchers a platform to convey insights based on their professional expertise and often on their peer-reviewed research and analysis.