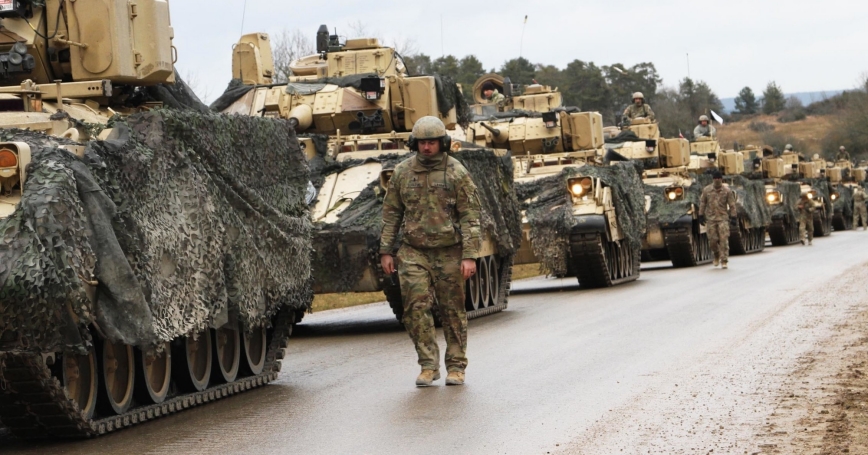 Every president in the post-Cold War period has sought to close U.S. military bases overseas, particularly in Europe. President Bill Clinton oversaw some of the most significant reductions. President George W. Bush continued (PDF) the trend, downsizing some several hundred bases and returning tens of thousands of troops home. President Barack Obama withdrew two Army brigades from Germany in 2012, before later reversing the trend after Russia invaded Crimea. Most recently, President Donald Trump initiated a plan this year to remove some 12,000 U.S. troops from the country, before Congress blocked the move. Whether it was to realign American strategy, save dollars while avoiding taking jobs out of congressional districts, or settle scores after a perceived foreign policy wrong, presidential administrations have traditionally taken aim at the United States' overseas bases to make ends meet.

The push to slash United States' overseas bases is not going away anytime soon. The Chairman of the Joint Chiefs of Staff Gen. Mark Milley recently remarked, “Large permanent U.S. bases overseas might be necessary for rotational forces to go into and out of, but permanently positioning U.S. forces I think needs a significant relook for the future.” Voices on the left and right have proposed downsizing America's overseas footprint. A serious rethink of U.S. basing in the Middle East is underway. Even inside the Defense Department, there have been calls to move away from permanent bases to projecting power from the United States or deploying forces forward on a temporary basis. At the heart of much of this opposition is a belief that overseas bases are anachronistic, premised on outdated geostrategic assumptions and outmoded forms of warfare. And yet, while the United States' overseas bases may date to the aftermath of World War II, the twin rationales of deterrence and reassurance for stationing troops—especially land forces—overseas remain valid in the 21st century.…

This commentary originally appeared on War on the Rocks on January 14, 2021. Commentary gives RAND researchers a platform to convey insights based on their professional expertise and often on their peer-reviewed research and analysis.