Humans Are Living Longer, So What Do We Do with All This Extra Time? 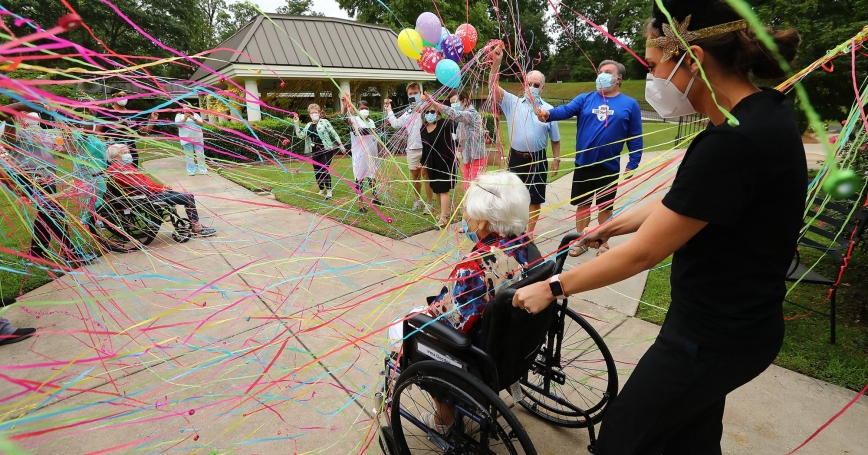 It is inspiring to see age is no barrier for the highest office in the land. Joe Biden, 78, is the oldest person in U.S. history to become president. Biden's predecessor of a century earlier, Warren G. Harding, was 55 years old when he took office in 1921, and he died halfway through his term at 57, as if on cue, given the prevailing life expectancy at the time of 57.5 years.

These age differences are symptomatic of continuously increasing life expectancy. As recently as 1800, life expectancy at birth in America was 35 years, grew slowly to 39.4 years in 1880, and more rapidly thereafter, to 78.9 in 2019.

Nobel laureate Angus Deaton wrote in his book The Great Escape: Health, Wealth, and the Origins of Inequality: “The greatest escape in human history is the escape from poverty and death.” These dramatic increases in longevity arose from medical and public health improvements: controlling infectious diseases through antibiotics, antivirals, and vaccines; improved diet, water, and sanitation; and greater access to education and pharmaceuticals.

There is little reason for these advances to stop; researchers have recently identified a longevity gene and restored lost sight in mice, offering clues to reversing aging in humans. Female life expectancy is already approaching 90 in East Asia, and research published in Millbank Quarterly projected longevity to rise higher than 93 years by 2050 in the United States.

While there are still gaps between life expectancies—Black people still live, on average, 3.6 fewer years than white people, according to research published in Nature—for the population as a whole, mortality rates have declined over the past century and this gap has narrowed. COVID-19 will almost certainly represent a setback to life expectancy in America, but we expect that will be temporary as long as the speed of pharmaceutical and biomedical innovation can keep pace with the evolution of vector-borne diseases.

While the life sciences can describe and chart this remarkable trajectory in life expectancy, we focus on the implications of having all these extra years. Just as a landowner whose holdings are bounded by a river is given the gift of expanded acreage when the river shifts over time, humans have been granted the gift of time. And as the farmer must decide what to do with the additional land, tend to it or leave it fallow, humans need to plan for the additional time.

Increased longevity comes with its challenges such as physical disabilities and cognitive decline.

For the average American in 1800, as the English philosopher Thomas Hobbes presaged, life was poor, nasty, brutish and short. The workforce was predominantly agricultural, and 95% of the population was rural. Generations—three, if a family was fortunate—tended to live in the same community, many in the same home. Children needed to be born, raised, and brought into adulthood while their parents were still alive and able to provide for them. For most, life unfolded at a rapid clip, and there was little time for leisure or exploration.

As the agricultural transformation ushered in by the industrial revolution unfolded, American families moved from farms to cities to take up the plentiful industrial jobs. In 1890, 35% of the population was urban and by 1920 a majority lived in cities. Life expectancy correspondingly increased over this period by nearly 50%.

Working lives have expanded with life expectancy. It was once uncommon for someone to work beyond his or her sixth decade, but now many even work into their eighth decade. According to the U.S. Bureau of Labor Statistics, men and women age 75 and older are projected to have the fastest growth rate in the U.S. labor force.

Increased longevity comes with its challenges such as physical disabilities and cognitive decline. In the United States, 3.4 million workers provide paid home care, according to the Bureau of Labor Statistics, and the National Alliance for Caregiving reported nearly 53 million Americans provide unpaid care to adults with a disability or illness. People providing dementia care, paid or unpaid, for our oldest outnumber by over four times the 3.2 million teachers in public K–12 schools providing education for our youngest.

However, longer lives also represent opportunity. There is time for family and community; for learning, adventure, and exploration; and for contributions to our families, communities, and workplaces.

What will Americans do with all the extra time, as 100 might be a ripe old age instead of 60 a century ago? Several policy areas clamor for attention. To ensure that health and well-being continue into these extended lives, new policies may be needed to ensure these extra years become mutually beneficial to all generations. Outdated social systems, norms, and institutions that made sense when life expectancy was half of what we expect our children to experience could be reimagined.

We may have to rethink life possibilities when four generations routinely overlap and interact, and reconsider lifelong learning and retirement when lives are this long.

Given life expectancy is likely to increase further, it makes sense to examine the economic and social systems to see if they will be resilient to future demographic changes. Closing the gaps in longevity by race and ethnicity could also be a priority. We may have to rethink life possibilities when four generations routinely overlap and interact, and reconsider lifelong learning and retirement when lives are this long.

The swearing-in of our oldest president is an occasion to widen our understanding of acceptable ages for all occupations and activities. It can lead us to envision a society and an economy that values increased life spans as tremendous opportunities to create, innovate, and thrive.

The jazz legend Louis Armstrong, who died a month before his 70th birthday in 1971, again in sync with the prevailing life expectancy of just under 70, sang, “We have all the time in the world.” It is up to us to craft an answer to the question: What will we do with it?

Andrew Hoehn is senior vice president of research and analysis at the nonprofit, nonpartisan RAND Corporation. Bonnie Hagemann is chief executive of EDA Inc. Krishna B. Kumar is director of International Research at RAND and director of the Initiative for Global Human Progress at the Pardee RAND Graduate School.

This commentary originally appeared on Dallas Morning News on February 5, 2021. Commentary gives RAND researchers a platform to convey insights based on their professional expertise and often on their peer-reviewed research and analysis.