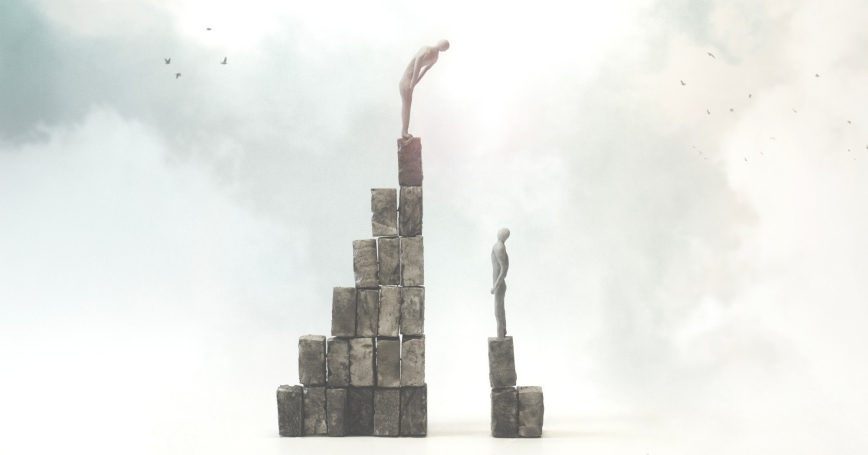 The disaffection of a wide swath of the American population has been linked to the political polarization of the country, as well as its divisive tendencies, such as the increase in white supremacy and the storming of the U.S. Capitol on January 6.

While globalization—the free movement of goods, services, technology, and capital across national boundaries—is not the only reason for this disaffection, it is an apt lens through which to view the revolt against elitism, expertise, and changing demographics. As much as acts of violence should be condemned, it may be dangerous to equate all disaffection with divisiveness. It may help to understand the job losses, “deaths of despair,” humiliation, and marginalization that many in the white working-class have experienced. These genuine grievances, if left unaddressed, are likely to continue fueling demagoguery, bigotry, and isolationism.

The analytical case for international trade that underlies globalization is well understood and dates back to David Ricardo's principle of comparative advantage. It argues for countries to specialize in goods in which they are relatively more productive and export them while importing other goods. In this fashion, trade can make all countries better off in the aggregate.In principle, appropriate transfers from those who gain from trade to those who lose out can make everyone better off. But implementing this has proved extraordinarily difficult.

It is difficult to disentangle the effects of trade from other related factors, most notably technological change. While losses are concentrated—such as a decrease in certain types of jobs—gains in the form of cheaper and an increased variety of imported goods are diffused. Policymakers may resort to the politically contentious mechanism of progressive taxes, which tax the rich at a higher rate irrespective of whether gains were from trade, to redistribute income. And Trade Adjustment Assistance, the country's answer to help those displaced by trade, has been inadequate and ineffective.

The implicit compact of shared prosperity underlying globalization has been broken.

The net result is that the implicit compact of shared prosperity underlying globalization has been broken. Even though there is evidence that trade might have created jobs, a stubbornly persistent class of those who have lost out or feel left behind has arisen over the last few decades of globalization.

Between 1990 and 2010, at the height of globalization, the share of income accruing to the lowest quintile fell from a paltry 3.8% to 3.3%. Indeed the share of all quintiles went down except for the highest quintile, which saw its share increase from 46.6% to 50.3%. American comparative advantage is in skill-intensive products and the skilled have benefited disproportionately from globalization. Between 1979 and 2012, for U.S. men, the gap in earnings between the median college-educated and median high school–educated doubled from $17,411 to $34,969, in constant 2012 dollars, with globalization cited as one of the causes.

The Trump administration understood well the malaise of the disaffected segments of the population and besides curbing immigration, it levied tariffs, especially on China. When China retaliated with its own tariffs on U.S. agricultural products, the administration provided subsidies to affected farmers. Ultimately, a tariff is a blunt instrument, and the administration did not even achieve its goal of significantly reducing the trade deficit. And withdrawing from global trade agreements such as the Trans-Pacific Partnership only created a trade leadership vacuum, which China was eager to fill. China scored a geopolitical win by signing on to the Regional Comprehensive Economic Partnership, in which it is expected to be a key beneficiary.

The Biden administration has moved quickly to re-engage with global organizations. What else could it do to address the uneven gains from globalization? The forces of globalization are inexorable and beneficial overall, and attempts to abandon it altogether may prove futile, notwithstanding the temporary hiccups to the global trading system caused by COVID-19. Looking inward for solutions, instead of continuing a trade war, and making globalization inclusive by focusing on workers rather than jobs unlikely to return may be a more realistic option. Accepting the grievances of those who have lost out on account of globalization could be a good start, and integrating them into the global system, however hard, could be a potential path to pursue.

A strategy for retraining the workers sidelined by globalization for the jobs of the future and ensuring their lifelong learning could be beneficial.

For instance, as we ponder strategies to address the future of work that artificial intelligence and other technologies will bring (which could well be hastened by the pandemic), a strategy for retraining the workers sidelined by globalization for the jobs of the future and ensuring their lifelong learning could be beneficial. It might not be possible to train all workers, and therefore bolstering the social safety net to aid those who still fall through the cracks might be required.

The TAA program that provides aid to displaced workers may need to be strengthened and potentially integrated with other parts of the safety net to offer comprehensive adjustment assistance. America could also consider joining global trade agreements, especially the Comprehensive and Progressive Agreement for Trans-Pacific Partnership, a latter version of the TPP, so that it has a seat at the table to argue its case for fair trade. While there are no simple solutions to the divisiveness that plagues the country, lumping the legitimate concerns of the many with the fissiparous tendencies of some may be neither a humane response nor a sound strategy for a politically, socially, and economically stable future.

Krishna B. Kumar is director of International Research at the RAND Corporation, a nonprofit nonpartisan research organization, and also directs the Pardee Initiative for Global Human Progress at the Pardee RAND Graduate School.