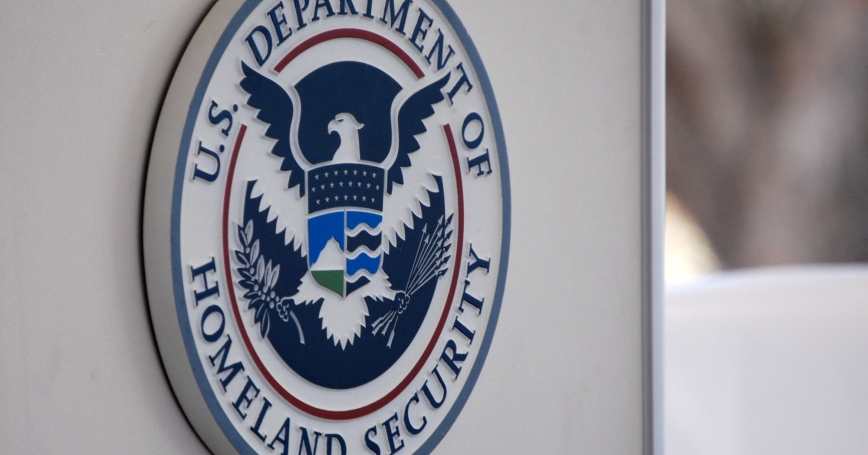 U.S. Department of Homeland Security seal on a podium at the Ajo Border Patrol Station in Why, Arizona, August 19, 2010

The name Department of Homeland Security belies an important set of roles, missions, and functions of the department related to the economic security of the United States. Perhaps nowhere has this become more evident than in the response and recovery from the COVID-19 pandemic. Wielding these powers to their full extent could set the conditions for a more rapid recovery, reduce the human suffering, and stimulate the development of a more resilient and “built back better” U.S. economy.

The department's authorities are contained within statutes, regulatory sections, and executive orders—largely inherited from legacy agencies subsumed into DHS. Others have been codified through new legislation beginning with the Homeland Security Act of 2002 and subsequent legislation such as the Post-Katrina Emergency Management Reform Act of 2006. Still other authorities, such as the Defense Production Act developed in 1950, are authorities that were created for other purposes—in the case of the DPA, ensuring U.S. industrial capacity was available for national security—but have been used during the pandemic to “expedite and expand the supply of materials and services from the U.S. industrial base.”

To be clear, the DHS role in economic recovery is largely indirect. DHS does not compete with other departments or agencies in fulfilling its economic security responsibilities. Yet through its authorities, the department exercises vital roles in areas such as emergency management, infrastructure protection, and law enforcement that promote economic vitality and security.

An example of this can be seen in the execution of the national preparedness system (NPS). The authority for the NPS is contained in statute. Title 42 of the United States Code is the United States Code dealing with public health, social welfare, and civil rights. Title 42 also provides the basis for the Stafford Act, which serves as the mechanism for states and localities to get federal assistance during declared major disasters and emergencies, including during the COVID-19 pandemic. The NPS also provides a basis for the National Disaster Recovery Framework (NDRF) and Recovery Support Function Leadership Group (RSFLG), both which have direct economic implications.

The role of the department in economic security extends into areas such as infrastructure resilience and mitigating risks associated with disasters.

The role of the department in economic security extends into areas such as infrastructure resilience and mitigating risks associated with disasters. For example, Cybersecurity and Infrastructure Security Agency's (CISA) National Risk Management Center examined the COVID-19 implications on the 55 national critical functions and sought to minimize the disruption to these functions. It was done by bringing together private sector, government agencies, and other key stakeholders to “identify, analyze, prioritize, and manage the most significant risks—cyber, physical, supply chain, and more—to these important functions.” CISA was also responsible for developing guidance on mitigating the cyber-risks of moving overnight to telework, telehealth and tele-education environments.

The range of activities to promote COVID-19 economic recovery represented both an adaptation and broadening of the normal roles, missions, and functions of the department. Some have directly affected the economic recovery. For example, Citizenship and Immigration Services rapidly amended certain requirements to help U.S. agriculture gain access to foreign agricultural employees to avoid disruptions in the food supply chain. The U.S. Coast Guard maintained maritime commerce, coordinated crew repatriation, and conducted inspections on cruise vessels before the cruise industry restarted.

Other initiatives have had an indirect effect, for example, by reducing the transmission of the virus and therefore stimulating the economic recovery. Customs and Border Protection—which is responsible for facilitating trade and travel—developed new screening protocols and increased collaboration with Canada and Mexico to limit nonessential travel and prevent COVID-19 from crossing shared borders. CBP was also responsible for facilitating the importation of medical supplies and personal protective equipment (PPE) in coordination with the FDA and FEMA. The Transportation Security Administration retooled its checkpoints to make the security screening process safer for the traveling public as well as its employees.

The economic recovery is far from over, but the lessons learned through the COVID-19 pandemic response and recovery must be captured and catalogued. In some cases, changes to the way business is done in the Department of Homeland Security will undoubtedly need to adapt to fully complete the economic recovery from COVID-19, better prepare for the next pandemic, and improve department operations to incorporate greater effectiveness, efficiency, and resilience going forward.

Daniel M. Gerstein is a senior policy researcher at the nonprofit, nonpartisan RAND Corporation. He formerly served as the undersecretary (acting) and deputy undersecretary in the Science and Technology Directorate of the Department of Homeland Security from 2011 to 2014.

This commentary originally appeared on The Hill on February 11, 2021. Commentary gives RAND researchers a platform to convey insights based on their professional expertise and often on their peer-reviewed research and analysis.