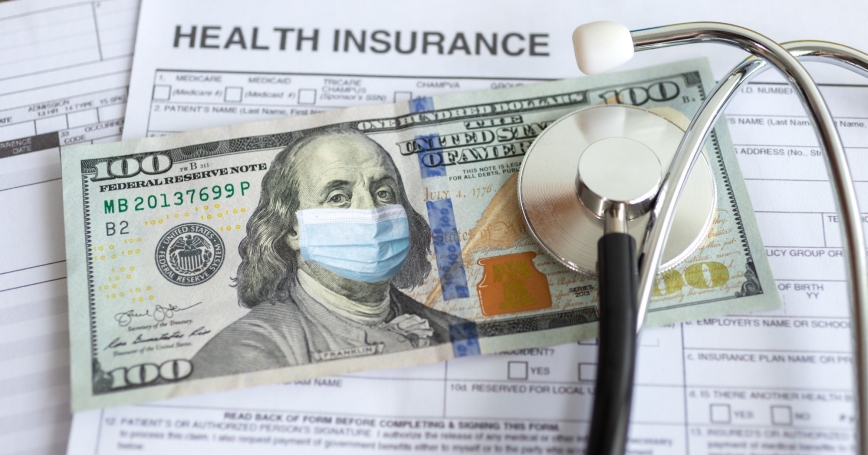 Millions of people lost job-based health insurance in the wake of COVID-19. In response, the House Ways and Means Committee recently proposed several insurance reforms in its emergency COVID-19 relief package. Those reforms include increasing how much the government subsidizes policies purchased through the Affordable Care Act's (ACA's) marketplaces and extending these subsidies to people with higher incomes.

A prepandemic analysis I conducted with Jodi Liu suggests that these are effective approaches to bring more people into the insurance market. Here, I review the Ways and Means proposal and our earlier research about the likely impact of such an approach on coverage and federal spending. I also explain why the proposed combined approach is a far more efficient means of covering uninsured Americans than enhancing subsidies only for those who are currently eligible.

What Does the Ways and Means Proposal Do?

The complex ACA subsidy formula restricts subsidies to people with incomes between 100 and 400 percent of the federal poverty level who have no other affordable source of coverage, such as job-based insurance. It also caps the percentage of income that an enrollee must spend for a “benchmark” plan based on how much they earn. For example, a family of four with $106,000 in household income (400 percent of the federal poverty level) must contribute 9.83 percent (PDF) of that—or $10,420—for a benchmark plan. Costs above that are covered by the federal subsidy if the family enrolls in the benchmark option.

Congress proposes to lower the cap to 8.5 percent of income for 2021 and 2022. That would save the family in this case about $1,400 a year. Lower-income families have lower caps. Under the proposed legislation, those with incomes below 150 percent of the poverty level would see their premiums fall to zero.

Although subsidizing higher-income people may seem counterintuitive, those who are just above the 400 percent of poverty cutoff can face unaffordable premiums.

In addition, the legislation would add subsidies for people with higher incomes for 2021 and 2022. Although subsidizing higher-income people may seem counterintuitive, those who are just above the 400 percent of poverty cutoff can face unaffordable premiums. This particularly affects older adults. (Younger people, and those with very high incomes, typically have premiums that fall below the maximum percentage contribution.)

In prior work, we found that extending subsidies as Congress has proposed mainly benefits people aged 50 to 64 years old with incomes between 400 and 700 percent of poverty. For example, a 60-year-old earning $50,000 a year—just above the current subsidy cutoff of 400 percent of poverty—pays around $8,500 a year for a bare-bones bronze plan, more than 15 percent of that individual's income. Under the new proposal, this same person would pay $4,250 for a benchmark plan.

The Benefits of the Combined Approach

Under prepandemic conditions, we estimated that expanding eligibility for subsidies to people with incomes above 400 percent of poverty while also making subsidies more generous could insure 2.4 million more people. The federal cost would average $7,723 per newly insured person, for a total of $18.8 billion. Today, given the pandemic-related need, the number of additionally insured people could be higher.

This combined approach of increased subsidies and extended eligibility was substantially more effective than focusing only on the lower-income population already eligible for subsidies. We estimated that enhancing subsidies for those who are currently eligible, without other changes, would add only about 400,000 people to the insurance roles, at a federal cost of nearly $15,000 per newly insured individual. In most cases, that's more than the cost of an individual insurance plan.

The combined approach is more effective than solely increasing subsidies because those who are currently eligible for ACA subsidies already have an incentive to get coverage, even without a federal subsidy bump. Those who are currently eligible for subsidies already have costs capped at between 2.07 and 9.83 percent of income if they choose a benchmark plan, and many are able to enroll in a bare-bones plans for free.

The fact that some people remain uninsured suggests that the barriers may be nonfinancial.

The fact that some people remain uninsured suggests that the barriers may be nonfinancial. They may not be aware that they are eligible for a subsidized plan. Or they may place a low priority on getting covered. The Biden administration is moving to expand outreach and insurance enrollment assistance, which may address lack of awareness. But, for those with incomes above 400 percent of poverty, the cost of unsubsidized insurance can be simply prohibitive, particularly for older adults who might need to pay far more than 8.5 percent of their income to get covered.

Closing the Gaps in the Proposal

The approach proposed by the Ways and Means Committee still has some important gaps. For example, the plan does not provide assistance to adults with incomes below the poverty line who live in states that opted not to expand access to Medicaid. About 2.2 million people fall into this coverage gap. Another part of the COVID-19 relief package, proposed by the House Energy and Commerce Committee, would incentivize states to expand their Medicaid programs by enhancing federal matching rates, although it's not clear how many states will respond to this option.

In addition, while federal assistance makes health insurance cheaper for some enrollees, it does not fundamentally change the cost of health care. That means that taxpayers—who ultimately foot the bill for enhanced subsidies—continue to pay high costs. However, our analysis suggests that these policies likely will have a meaningful effect on the number of people who are able to afford insurance coverage.

Christine Eibner is a senior economist at the nonprofit, nonpartisan RAND Corporation. She is director of RAND COMPARE, a project that uses economic modeling to predict how individuals and employers will respond to major health care policy changes.