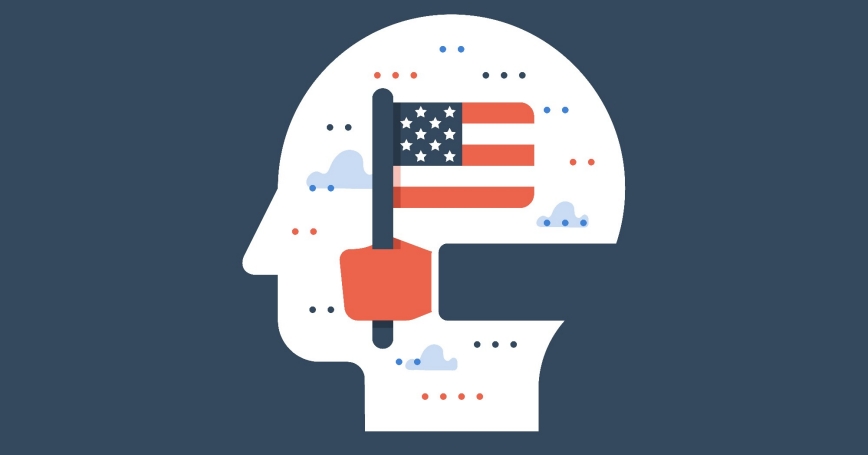 Robert Jervis' Liberalism, the Blob, and American Foreign Policy: Evidence and Methodology is a thoughtful review of two books written by prominent international relations theorists, John J. Mearsheimer's The Great Delusion: Liberal Dreams and International Realities and Stephen M. Walt's, The Hell of Good Intentions: America's Foreign Policy Elite and the Decline of the U.S. Primacy.[1] Their argument—as recounted by Jervis—is “that American foreign policy since the end of the Cold War has been a failure and that the reasons stem from the American domestic political system. For Mearsheimer, a prevailing form of Liberalism is at fault; for Walt it is the consensus of the foreign policy establishment (“the Blob”)”

Jervis focuses his critique primarily on methodology, noting that in order to prove that American foreign policy “failed,” we need to either go through the counterfactuals (i.e. how better results could have been achieved through an alternative policy) or comparisons of the outcomes when the policy was present versus when it was not. He further, argues that the actual historical record is more complicated than either Mearsheimer or Walt suggests, since the “Blob” has not always been as powerful as Walt suggests, nor has the United States been as committed to liberalism as Mearsheimer contends. Ultimately, Jervis concludes that Walt and Mearsheimer's arguments are “not supported by adequate evidence”

Overall, Jervis's review essay is well-reasoned and well-evidenced, but perhaps, could to be sharpened. The “Blob” does not exist. Liberalism is not a coherent or consistent strategy. And American foreign policy is not a failure.

The “Blob” Does Not Exist

Walt is not alone in believing that a “Blob” controls American foreign policy. As Jervis mentions, former Barack Obama Administration Deputy National Security Advisor Ben Rhodes popularized the term to deride other foreign policy experts, including some fellow Obama administration alumni like former Secretary of State Hillary Clinton and Secretary of Defense Robert Gates. Over the years, other administrations have expressed similar frustrations. For example, the Donald Trump administration jettisoned the term in favor of the even more nefarious sounding “deep state,” but retained the core concept: namely, that there is a faceless, unthinking but all-powerful collective pulling strings of government in order to block prudent policymaking. While these terms undoubtedly have powerful illustrative appeal, they are for several reasons better suited to dystopian fiction than to describing how Washington makes policy.

On any thorny foreign policy issue, one finds the full gamut of viewpoints represented, from the appropriate level of defense spending to how to approach the rise of China.

First, these terms convey a false sense of unanimity among the myriad of individuals who shape foreign policy. For example, even though RAND reports are often only identified by their authors' institutional affiliation rather than by their names, the researchers almost never uniformly agree about anything—apart from the fact that objective analysis makes for better public policy. The same holds for other think tanks, public policy schools, government agencies, academics, and all the other voices on American foreign policy, where hawks and doves, conservatives, liberals and libertarians, isolationists, and internationalists all shape the policy discourse. Consequently, on any thorny foreign policy issue, one finds the full gamut of viewpoints represented, from the appropriate level of defense spending to how to approach the rise of China.

Second, as Jervis notes, big foreign policy decisions are made at the top rungs of government and while these decisionmakers ascribe to the president's agenda, even here, there often is intellectual heterogeneity. As any number of journalistic and academic accounts document, there were fierce debates between Secretary of State Colin Powell and Vice President Dick Cheney over the invasion of Iraq during the George W. Bush Administration, between Gates and Clinton over Libya during the Obama Administration, and between Secretary of Defense James Mattis and Trump over Syria.[2]

Third, as Jervis alludes to in his piece, presidents consider a host of internal and external factors in making foreign policy, from how American adversaries will respond to how American allies will react to how a given policy will play in the next election. How the president weighs these countervailing factors depends on the person and the context, but the bureaucracy's view, to the extent it even has a coherent one to begin with, is only one aspect, and arguably, not even the important one.

Finally, let us briefly consider a couple alternative hypotheses—namely bureaucratic friction and bad ideas. On any given day, tens of thousands of diplomats, soldiers, and bureaucrats execute American foreign policy. Given the massive size of American foreign policy apparatus, there will be a degree of bureaucratic friction, regardless of whether those on the bottom agree with the policies of those at the top. Messages get lost in translation; policies get implemented slowly; people work at cross purposes—not because of malice but because that is a fact of life in organizations of this size and complexity. And to the extent that some of those charged with executing foreign policy might disagree with them, perhaps, it is because these policies may not be as smart, prudent, or feasible as their advocates believe.

Liberalism Is Not a Consistent Strategy

To be sure, the United States is a liberal democracy and since the end of the Cold War, the United States has put promoting democracy and human rights at least in the rhetorical spotlight of its foreign policy. And at times, perhaps most notably with the George W. Bush Administration's “Freedom Agenda,” policymakers tried to turn this general belief in liberalism into concrete actions. And yet, for better or worse, the United States has never turned liberalism into a consistent or coherent strategy that can be blamed as the source for American foreign policy woes.

First, the United States has never consistently applied a liberalism litmus test to its foreign policy. Even during the Bush administration, the United States still counted nondemocratic regimes like Egypt or Singapore as close friends and allies, and continued to negotiate with authoritarian competitors like Russia and China. Beliefs in human rights and democracy were always tempered to varying degrees with doses of reality.

Moreover, American policymakers' general belief in liberalism has never manifested in a coherent set of policy prescriptions. During the Bill Clinton administration, liberalism in foreign policy arguably meant extending NATO membership to central and Eastern European countries as they transitioned to democracy and limited humanitarian interventions in places like Kosovo. During the Bush administration, liberalism turned into coalitions of the willing and regime change in Iraq and Afghanistan. And during the Obama administration it became more about multilateral institutions and “leading from behind.” With such a plethora of policies and outcomes, it is hard to treat liberalism as a single variable.

American policymakers' general belief in liberalism has never manifested in a coherent set of policy prescriptions.

Lastly, we need to ask ourselves whether the United States would really be better off if it jettisoned any pretense of liberalism in its foreign policy. For better or worse, the Trump administration adopted more of a nonideological, “America first” foreign policy approach at least in rhetoric, if not in practice. Over his tenure, Trump expressed affinity for a variety of the world's strongmen from the Philippines' Rodrigo Duterte to Turkey's Recep Tayyip Erdoğan to Russia's Vladimir Putin. While the administration's defenders point out that Trump policies were more nuanced than the critics suggest, to the extent that the administration rejected liberalism as a beacon for American foreign policy (PDF), we need to ask ourselves whether the United States is better off for this embrace of realpolitik.

As Jervis points out, the premise that American foreign policy is a failure needs to be assessed against the counterfactual—what would the world have looked like if the United States had not acted—and as he notes, the world could be in worse shape today than it is. The methodological point is true, but let's ask a different question: has American foreign policy really been a failure?

To be sure, over the last three decades, American foreign policy has had missteps (e.g. the Second Iraq War), examples of shameful inaction (e.g. the Rwanda genocide) and more debatably, blind spots (e.g. in handling China's rise), but also its share of successes too. The United States liberated Kuwait from Iraqi domination. The Balkans have remained largely peaceful, thanks in part to American intervention. And while Islamic terrorism remains a problem, the United States has notched a series of tactical victories, destroying al Qaida bases in Afghanistan and the Islamic State's so-called Caliphate in Syria and Iraq.

And military force is only one aspect of American foreign policy. American action took nuclear material out of the former Soviet Union. American foreign aid has made countless lives better; the President's Emergency Plan for AIDS Relief (PEPFAR) has likely saved millions of lives. American diplomacy helped bring peace to Northern Ireland, between Israel and Jordan, and most recently, between Israel, the United Arab Emirates, Bahrain, and now Sudan.

American foreign policy has not turned the world into a nirvana, but neither has it been a “failure.”

Much of the world is better off today than when the Cold War ended. The United States remains wealthy and secure, and while some of the United States' leaders may not be well-liked, the United States is respected. Apart from a handful of places in Eastern Europe and contrary to some predictions, Europe is mostly whole, free, and at peace.[3] Latin America is no longer riddled with fascist juntas and Communist insurgencies. For all the tension in the South and East China Sea or on the Korean Peninsula, none of the incidents in Asia over the last three decades compare to the devastation wrought by the Korean or Vietnam Wars. Even all the turmoil and bloodshed in the Middle East today needs to be viewed in perspective. During the Cold War, the region regularly saw interstate wars, and the internal stability came at the cost of brutality and repression.

American foreign policy has not turned the world into a nirvana, but neither has it been a “failure.” American values and the many people who work on American foreign policy deserve the credit for its successes, as much as they deserve the blame for its disappointments. Jervis's critique helps elucidate these points. If there is a critique of his critique then, it is that it perhaps did not go far enough.

This commentary originally appeared on H-Diplo on March 11, 2021. Commentary gives RAND researchers a platform to convey insights based on their professional expertise and often on their peer-reviewed research and analysis.