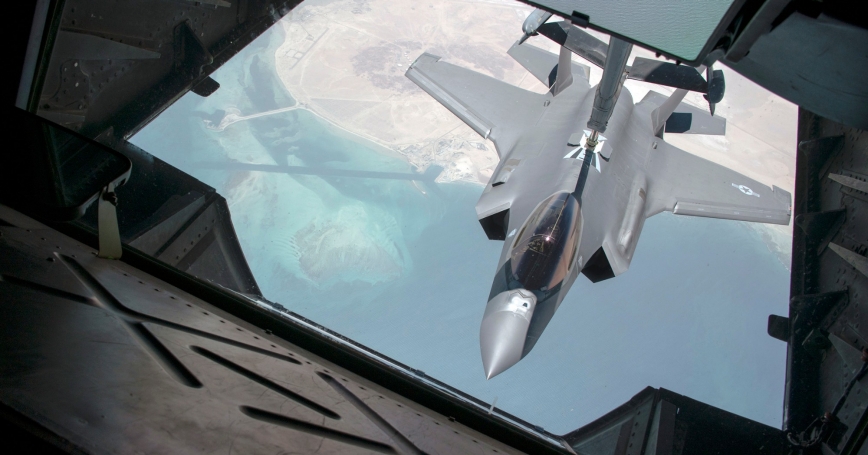 “Our allies should do their fair share,” then-candidate Joe Biden wrote in a Foreign Affairs piece outlining his foreign policy in 2020. It is one of those strategic aphorisms that everyone loves in theory but that makes people queasy in practice. Recent administrations have each had their own version: The Bush administration talked about working “by, with, and through” (PDF) partners in the global war on terrorism. The Obama administration popularized the concept of “leading from behind” and letting the United States' European allies guide the NATO intervention in the Libyan civil war. The Trump administration argued that allies and partners must “shoulder a fair share of the burden of responsibility to protect against common threats.” It's compelling in principle—after all, who can object to easing the burden on the U.S. military and lessening the cost to American taxpayers? Fill in the details of who these allies and partners are and what “doing their fair share” actually means, however, and the platitude loses some of its sheen.

The United States' sale of F-35 fighter jets and other high-end weapons to the United Arab Emirates (UAE) provides just the latest example of this phenomenon. The more than $23 billion deal was rushed through in the waning days of the Trump administration and included 50 of the advanced fighter aircraft, 18 MQ-9B drones, and $10 billion worth of air-to-air and air-to-ground munitions. In his first full day in office, Secretary of State Antony Blinken put a hold on the sale, pending further review.

There are many good reasons why the United States might back such an arms sale. The deal helped cement the historic Abraham Accords that resulted in peace treaties between the United States' closest regional ally, Israel, and a series of states that includes the UAE. Selling U.S. weaponry promotes interoperability and strengthens U.S. defense ties with a partner that was one of the few Arab countries that provided forces to the war in Afghanistan. The deal provides a significant boost to the U.S. defense industry, keeping production lines warm and American workers employed. And if the United States did not sell weapons to the UAE, perhaps Abu Dhabi would turn (PDF) to U.S. adversaries such as Russia or China as potential suppliers—both of whom already have their eyes on making inroads into the region. Above all, the deal makes the UAE a more formidable military counterweight to another mutual adversary, Iran, by enhancing deterrence and freeing up U.S. military forces for other priorities.…

This commentary originally appeared on Lawfare on February 28, 2021. Commentary gives RAND researchers a platform to convey insights based on their professional expertise and often on their peer-reviewed research and analysis.