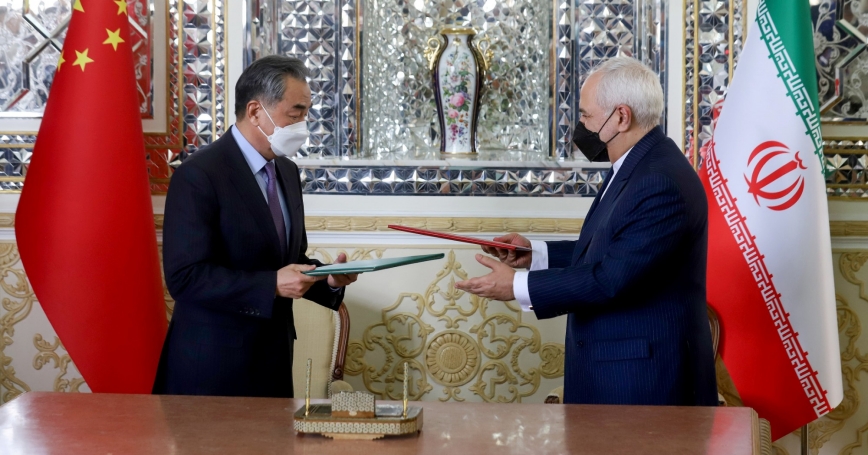 Photo by Majid Asgaripour/WANA via Reuters

The reporting has been feverish. “China sets sights on Middle East with Iran co-operation deal,” reads a BBC headline. The New York Times reports that “China, with $400 Billion Iran Deal, Could Deepen Influence in Mideast.” Indeed, just in time for the Iranian new year, China and Iran inked a comprehensive strategic partnership deal in which China promised to boost its investment in Iranian infrastructure across various sectors in exchange for a steady supply of oil. With American foreign policy increasingly viewed through the lens of great-power competition with China, it is easy to see how the deal could only be bad news for U.S. interests.

But what's really going on? Are China and Iran actually joining forces against the United States? Does the recent agreement between Beijing and Tehran signal the start of a new Cold War-style competition in the Middle East? How should U.S. officials think about Chinese influence in the region?

Ashley Rhoades is a defense analyst at the RAND Corporation. Dalia Dassa Kaye is a fellow at the Wilson Center and the former director of the RAND Center for Middle East Public Policy. They are co-authors of a new RAND report, Reimagining U.S. Strategy in the Middle East.

This commentary originally appeared on War on the Rocks on April 19, 2021. Commentary gives RAND researchers a platform to convey insights based on their professional expertise and often on their peer-reviewed research and analysis.