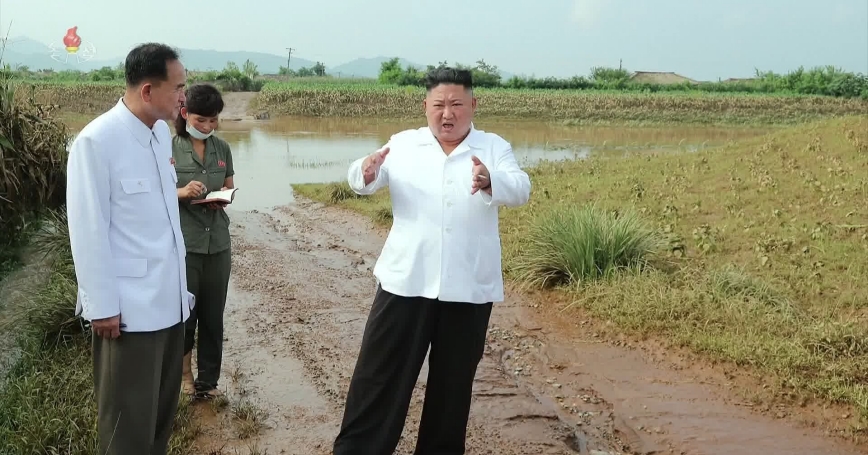 Still from a documentary by a North Korean TV station, titled “The efforts and sacrifices (of the Chairman of the North Korean State Affairs Committee, Kim Jong-un) for the people in 2020,” broadcast February 1, 2021

The coronavirus has been a disaster for North Korea. Last week Kim Jong-un warned that “his country faces the 'worst-ever' situation.” He said this situation was creating conditions like the “arduous march” North Korea faced with the famine of the late-1990s, this time because of the coronavirus, United Nations and U.S. sanctions, and bad weather. In the late-1990s, “millions of North Koreans reportedly died from widespread hunger.”

It was surprising that the leader of North Korea would admit such dire circumstances, circumstances which at face value suggest major failures on his part. But Kim is once again refusing to accept responsibility for his bad choices, and making the results seem more dire than they are in reality. Yes, the situation may be terrible in North Korea, but there is no evidence to suggest that North Korea's economic situation is nearly as dire as the Arduous March of the 1990s.

For some time now, Kim has denied that he has a coronavirus problem. But there was considerable evidence that this North Korean claim was not true even a year ago. And Kim Jong-un could not afford to have a major spread of the coronavirus because the decrepit North Korean health care system was unable to handle it. So Kim closed North Korea's borders, blocking trade that would normally provide badly needed food, energy, funds, and other goods.

While the sanctions on North Korea cut its exports significantly, it was the North Korean border closure which cut needed North Korean imports, especially from China, and had a greater overall impact than the sanctions. And despite the bad weather, the North's food harvest was only down 5% in 2020. In his January Workers Party Congress, Kim admitted the failures of the North Korean economy but turned to his normal scapegoating of other parties and situations, blaming them for the North's problems.

But the North's economic problems rest squarely on Kim. After all, the U.N. and U.S. sanctions have been applied to North Korea because the North has defied the United Nations and the United States, continuing and even expanding its nuclear weapon and ballistic missile programs when the international community has told the North not to continue destabilizing peace in Northeast Asia.…

This commentary originally appeared on The National Interest on April 20, 2021. Commentary gives RAND researchers a platform to convey insights based on their professional expertise and often on their peer-reviewed research and analysis.