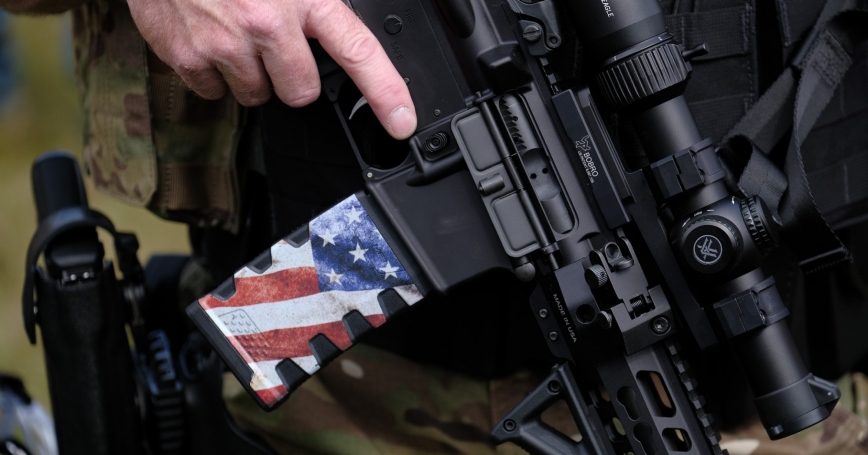 The “Battle of Capitol Hill” on January 6 was a watershed in contemporary American history—a violent Woodstock for the far right. It has fueled momentum for new approaches and laws to counter attacks by domestic violent extremists. Department of Homeland Security Sec. Alejandro Mayorkas, as one of his first actions, declared domestic violent extremism a National Priority Area, reflecting an important shift in federal policy.

This is likely just the beginning of fraught discussions not just in Congress, but in city councils and law enforcement offices around the nation. Before flooring the accelerator, it will be crucial for policymakers at all levels to reckon with what new laws and law enforcement can achieve, and what they can get wrong. Muddying the objectives of a counterterrorism program or misunderstanding its capabilities risks deepening the fissures in American society and potentially making the problem worse.

There are several things to bear in mind.

The true scale of the problem. An oft-cited number is that post-9/11, domestic extremists have killed more people than homegrown jihadists. But both sets of numbers are very small, just over 100 each, a tiny fraction of U.S. homicides. Though there has been a general upward trend in domestic extremism over the last decade—and armed defiance is on greater display—overreaction could exacerbate the situation.

What is the core objective? Terrorism and extremism are not random attacks—they are forms of political violence. So, while protecting lives is important, the larger issue is to preclude normalizing political violence in American society. That could require authorities to devote special attention to protecting public officials to sustain a functioning democratic government. Political figures already are dealing with increased threats as a consequence of the pandemic and the election result, which some refuse to accept.

What is outside the scope? While terrorism and “targeted violence”—a broad category that includes workplace violence, attacks on schools, places of worship, and other public targets—overlap as public security concerns, they are not the same. Hostile employees “going postal,” doom-obsessed adolescents and deranged killers are not domestic violent extremists because there is no discernible political motive. Likewise, it's folly to hope that containing far-right violence will rid the nation of bigotry. White supremacism, anti-Semitism, animosity toward immigrants and other resentments are deeply embedded and often widen during periods of economic and social stress. They will not be banished by legislation and cannot be eradicated by law enforcement.

The goal in dealing with extremists is to isolate them from potential constituencies, not broaden the target.

How to limit growth of extremist movements. As extremists move from highly visible protest marches and street brawls to clandestine campaigns, their numbers will naturally decline. Already, revelations that the FBI's penetration of the plot to kidnap the governor of Michigan and the revelation that the leader of the Proud Boys was reportedly a government informant (which he denies) have sown distrust and appear to be hampering organizational growth and collaboration. This is good news: The goal in dealing with extremists is to isolate them from potential constituencies, not broaden the target. A continued tight focus on the most violent fringe and the leaders should help further impede recruiting.

Words and terms matter. The invasion of the Capitol was described as meeting the definition of “terrorism.” The news media described it as an “insurrection.” But what lexicon is legally and strategically useful in reducing political attacks in the future? “Violent mob,” for instance, may be more accurate, carry less political freight and invoke less support. Calling attackers “terrorists” is a status upgrade that could backfire. That may mean forgoing sentencing enhancements for terrorist-related or politically motivated crimes, but doing so could deny defendants a platform for their political pretensions.

Would a “domestic terrorism” law be helpful? American society has historically tolerated a wide range of behavior in political protest, even as participants crossed the line from lawful to unlawful and peaceful to violent. If conduct becomes bad enough, ordinary criminal laws can be applied. Still, there is a lot of momentum toward passing a new domestic terrorism law, reflecting a desire to draw attention to the problem and to close a “moral equivalency gap” with international terrorism. If government has been timid in dealing with domestic extremists in the past, that was because of a lack of political consensus, not an absence of relevant criminal statutes. Prosecuting attacks and plots as ordinary crime may be preferable; it at least avoids the polarizing debates about the definition of terrorism and who is to be considered a terrorist.

If government has been timid in dealing with domestic extremists in the past, that was because of a lack of political consensus, not an absence of relevant criminal statutes.

What other laws might need to be revisited? U.S. law is highly protective of free speech, including advocacy of violence, and the courts have set a very high bar to show incitement. The internet, however, makes it easy to advocate violence, facilitates the repetition of messages, and can potentially reach an audience of millions, thereby increasing the likelihood of violent action. At what point does this type of activity create a clear and present danger? Or, at what point does promoting lies and conspiracy theories become the equivalent of falsely shouting fire in a theater—speech that is not protected? The courts have not addressed this but might need to in the future.

How can radicalization be prevented? In response to the jihadist threat after 9/11, authorities sought ways to identify and divert those vulnerable to radicalization (though the effectiveness of these efforts has been hard to judge). But one can't cut-and-paste those approaches—which typically rely on the cooperation of community members—onto domestic extremists, whose views may be ingrained and draw on some level of support among others in their communities. It might, however, be feasible to address some of the conditions stoking the anger that extremists exploit. Some middle-aged and younger white men without college degrees—feeling marginalized and left behind by technological developments and globalization—are prey for extremist ideologues who would direct their blame toward minorities, immigrants, and, above all, the federal government. Although there can be no compromise with ideologies antithetical to unalienable rights, the government can choose to invest in physical and human infrastructure to produce meaningful jobs and reduce potential constituency for such extremism.

How do we first, do no harm? Right now, American society is deeply divided. Its divisions are fueled by polarized politics, online poison, pandemic pressures, hair-trigger sensitivities, and a declining sense of community. Bellicose rhetoric, false allegations, sly encouragement—especially from political leaders—these behaviors are playing with fire. Likewise, as the United States has seen in the past, ham-fisted law enforcement interventions to curb domestic extremism can escalate tensions if not handled.

By whatever means the government tries to corral domestic violent extremism, it will take a long time and a shared sense of purpose. It took more than 10 years to run down the far-left bombers who emerged in the 1970s. Anarchists have been around since the late 19th century. The persistent prejudices and violent spasms of the far right go back even further. American institutions are durable; law enforcement will do its duty. It is maintaining national cohesion that could be the central challenge through this difficult period. Without unity, domestic extremists may be the least of the nation's problems.

Brian Michael Jenkins is a former Green Beret and currently serves as senior adviser to the president of the RAND Corporation, where he initiated one the nation's first research programs on terrorism in 1972. His books and monographs on terrorism include “International Terrorism: A New Mode of Conflict,” “Aviation, Terrorism and Security,” Unconquerable Nation, Will Terrorists Go Nuclear?, The Long Shadow of 9/11, When Armies Divide, and The Origin of America's Jihadists.

This commentary originally appeared on The Hill on April 6, 2021. Commentary gives RAND researchers a platform to convey insights based on their professional expertise and often on their peer-reviewed research and analysis.