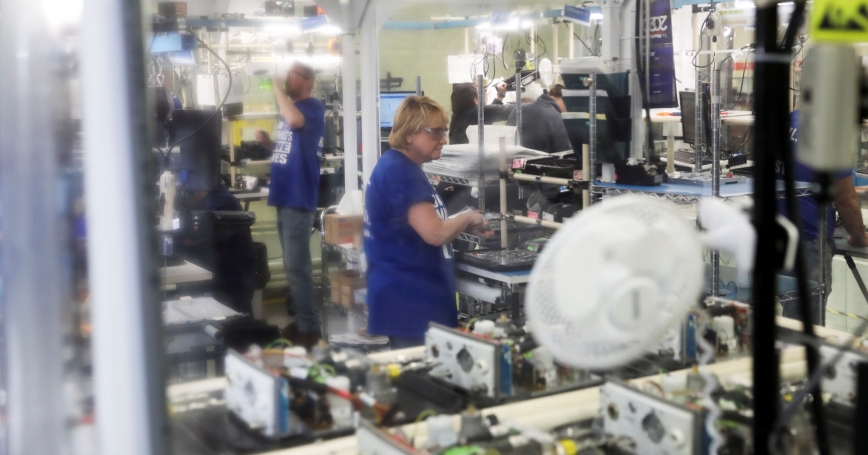 In March 2020, as the United States experienced the first wave of the COVID-19 pandemic, hospitals saw the need for ventilators go up 500 to 700 percent, depending on the region. The Trump administration invoked the Defense Production Act to allow repurposing of factory capacity, but while this was essential, it was not enough to address the shortage. What became apparent is that the supply chain for ventilator components is spread across the globe, including into areas of China where factories were shut due to the pandemic. Ultimately, chains were reconstituted, and manufacturing began such that by summer there was in fact an excess of ventilator inventory. But the case was instructive. Even with no attempt by anyone to disrupt supply, an unexpected event challenged the ability of the United States to react to a major crisis.

While the lessons learned from the COVID-19 pandemic will be sorted through for years in a variety of areas—from public health to governmental relations to military readiness—one thing seems very clear: The United States is not ready in a policy or infrastructure or even physical-capacity sense to respond to major shocks to its supply chains. This vulnerability stretches across whole sectors of the U.S. economy and is a national security issue in the broadest, but most basic sense: a set of interests which, if disrupted, threaten the security and well-being of the United States.

The United States is not ready in a policy or infrastructure or even physical-capacity sense to respond to major shocks to its supply chains.

This comes at a time when the United States and its international partners face a national competitor with a keen understanding of national supply chains. The People's Republic of China is unique in U.S. experience in that it is both a serious commercial competitor, but also a state dominated by an ideology that does not sharply differentiate between public and private interest. It has shown itself willing and able to manipulate supply chains in ways that are inimical to U.S. interest. This is not to imply that there is no basis for cooperation within the international system or that violent conflict is inevitable. It is to say that an effective U.S. response to its security challenges requires a broader understanding of its security needs.

Meeting the challenge in a way that preserves security and mitigates conflict requires a broader view of supply chain security. Government actors—from the Department of Defense to the Department of Commerce to the Food and Drug Administration to local governments—understand the criticality of supply for parts of their operations. They typically do not understand how their actions affect other entities and, in particular, might not understand the incentives and operations of private suppliers. The U.S. Defense Logistics Agency is in the supply chain business, but it routinely runs into problems getting highly specialized military parts. Similarly, private industries understand their own supply chains intimately. But they do not have—indeed have no reason to have—awareness of how their actions affect overall ability to respond to a national security challenge. Offshoring occurs, for example, because it may be a less expensive way for businesses to operate. The possibility that this could affect U.S. ability to access critical material in time of crisis is not part of the calculation.

The Biden administration has made supply chain security a national priority. Carrying this out may require considerably more research and analysis on what these chains actually look like and how they affect one another.

Bradley Martin is the director of the RAND National Security Supply Chain Institute, and a senior policy researcher at the RAND Corporation.