Why Couples Sleeping Apart Is Sometimes a Good Thing 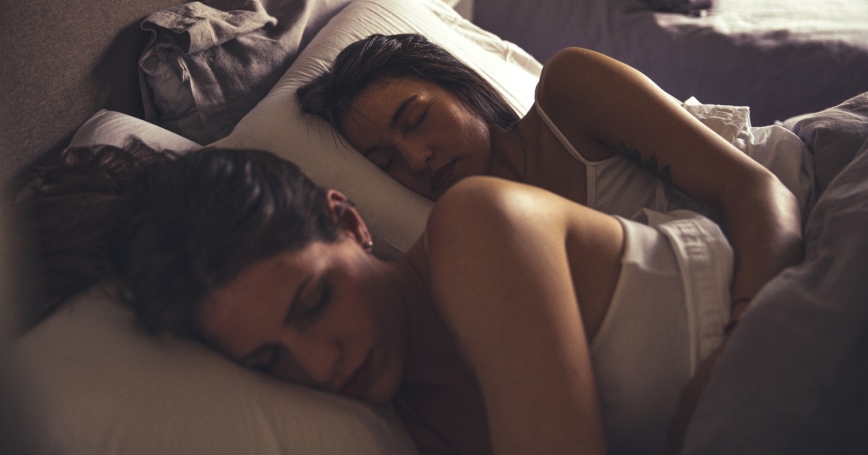 Imagine if you asked most couples who have been married or otherwise committed for a relatively long time which they'd rather have, regular nights with great sleep or regular nights with great sex. These days, many will likely come down on the side of sleep. And that's because no matter how amazing a few minutes of ecstasy might sound, consistently getting seven to nine hours of sleep is even more life-changing and increasingly elusive for the millions of adults who struggle nightly to get some decent shuteye.

As a sleep researcher, I'm a bit of an oddity amongst my sleep scientist peers. While the majority of sleep science focuses on how sleep, or lack of it, affects individuals, my research looks at sleep as a shared experience within couples and how sleep (or lack thereof) can affect the quality of our closest relationships and vice versa. I began studying the coupled nature of sleep in 2006 out of a desire to understand how and why some close relationships confer health benefits whereas others confer health risks. There is plenty of research to suggest that married or partnered people typically live longer, happier, and healthier lives than their unmarried or unpartnered counterparts. What's less clear is how relationships get under the skin to impact health and well-being.

Sleep struck me as an obvious but understudied pathway that could explain how relationships impact health and well-being. Sleep, after all, is vitally important for virtually all aspects of health and functioning, and sleep loss has been implicated in a broad range of health consequences, ranging from increased risk of mental health problems to chronic diseases, like heart disease, and even premature death. Sleep also happens to be the one health behavior that couples regularly engage in together. Most adults share a bed with a partner and given that adults spend roughly one-third of their lives asleep, sleep occupies a major part of a couples' shared experience.

From this perspective, I dove into sleep research and haven't looked back since. That's partly because sleep science is just super cool and partly because it turns out that what happens during couples' shared sleep is fascinating. For example, my colleagues and I have found that when we studied couples' sleep on a minute-to-minute basis, we found a high level of synchrony in couples' sleeping patterns throughout the night. The degree of synchrony depended on relationship characteristics, like relationship satisfaction and level of attachment to the partner. Sometimes such synchrony can come at a cost to sleep, but it also can be a strong indicator of the relationship bond.

Take “Jennifer” and “Mark.” They had been married for eleven years and had two school-age children. Mark was a sergeant in the U.S. Army and had recently returned from his second deployment to Iraq. Like many returning soldiers, Mark suffered from posttraumatic stress disorder (PTSD), with severe nightmares being one of the cardinal symptoms. When we studied their sleep patterns, we saw a high level of synchrony in their sleep. But that also meant that for a time, Lisa's sleep suffered along with Mark's. To Lisa though, “being there for him at night, to hold him, and make him feel safe, was the only thing that really mattered.” So, she coped with the temporary sleep disruption, and eventually, with treatment, Mark's mental health improved, both of their sleep improved, and their relationship remained strong.

The expectation that loving couples are bed-sharing couples is a relatively modern concept.

Being one of the early few to study sleep as a social behavior has also allowed me to explore and debunk many tired myths about sleeping together in the literal sense; one of the most pervasive of all being the belief that a couple that sleeps in separate beds must have a troubled relationship. The truth is that the expectation that loving couples are bed-sharing couples is a relatively modern concept.

In the Victorian era, it was de rigeur to sleep apart—a sign of prestige and wealth, but around the 1960s, attitudes shifted, and sleeping apart began to be viewed as a sign of a loveless or sexless union. We've even given a super judge-y name to it: “sleep divorce.” I much prefer to describe it to couples I work with as a “sleep alliance.” This conveys that the choice of sleeping arrangements is truly about what's best for that couple, not a one-size-fits-all approach.

In my experience as a psychologist who studies sleep, there are many reasons why couples may choose to sleep apart. Let's start with the big one: snoring. It's an all too common scenario. One partner falls asleep and the snoring begins. The other lies awake cursing them until, in exasperation, they give the snoring person a fierce jab to the ribs, or they stomp out of the bedroom and head to the couch. When I have seen this in couples, it is clear that the decision to sleep apart is really not a decision at all. It is more of an act of desperation on the part of one partner, leaving the other partner feeling hurt and abandoned.

But I have worked with other couples who swear that sleeping apart has literally saved their relationship and even spiced up their sex life. “Lydia” and “Steve,” a couple in their late twenties, made the decision to sleep apart due to their different sleep-wake schedules. She, a writer and a “total night-owl,” often got a boost of creativity and energy after 10 p.m., right around the time that her partner, Steve, an “early bird,” was starting to conk out for the night.

She told me that when they first started living together, she felt like she had to go to bed at the same time Steve did, because that's just what couples did. But then she would lie awake and was getting really frustrated and resentful.

Once this couple realized that they didn't actually have to sleep together in the literal sense, to have a healthy sleeping together (in a sexual sense) relationship, Lydia noted that she didn't feel as resentful anymore. She explained that the couple started appreciating their time together before Steve went to bed, and their relationship, including their sex life, improved. The couple began to actively make choices of when they wanted to be together and to be intimate. While the jury is still out on whether sex is good for sleep, for Lydia and Steve, improving their sleep had a positive impact on their sex life.

My recommendation to Lydia and Steve, and to all couples, is to find the sleeping solution that is going to optimize sleep quality for both of you, because a well-slept partner is a better partner.

There's no one “right” way when it comes to couples' sleeping arrangements. What matters is how you arrive at the decision.

There's no one “right” way when it comes to couples' sleeping arrangements. What matters is how you arrive at the decision. Use open and honest communication, and make sure that both partners' feelings and concerns are heard. Whatever decision you make, be sure to schedule some time to be together in bed, to cuddle, be intimate, and just experience that closeness, even if you go your separate ways when it's time for lights out.

Just as sleeping together does not guarantee a healthy relationship, it is a myth that sleeping apart is necessarily the sign of an unhealthy or sexless union. What I have learned through my work is that healthy sleep is a cornerstone of a healthy relationship. Though I realize it's not a direct competition, it may be worth couples evaluating whether they are too focused on having great sex, when they could be improving their relationship with sleep.

When we are well-slept we are happier, more empathic, better communicators, and better problem-solvers—critical building blocks of healthy relationships. The truth is, you may not really need to choose between great sleep and great sex. If you focus on getting more of the former, you might just get more of the latter.

Wendy Troxel is a senior behavioral scientist at the RAND Corporation.

This commentary originally appeared on Newsweek on April 23, 2021. Commentary gives RAND researchers a platform to convey insights based on their professional expertise and often on their peer-reviewed research and analysis.