America Could Do More to Get the World Vaccinated 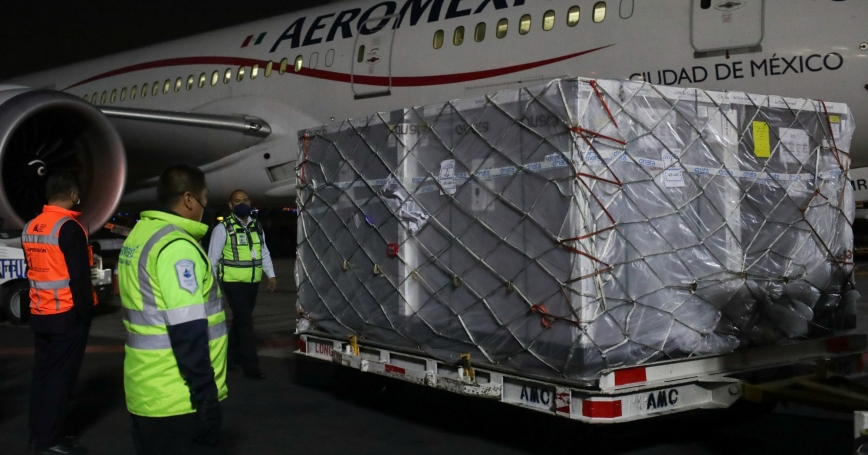 After waging its own withering battle with the coronavirus, the United States appears to be coming to grips with the pandemic and its economy is recovering. Now could be the time for America to play a greater role in global coronavirus vaccination, both out of generosity and self-interest.

As more coronavirus vaccine shots are being given here and around the world, two trends are becoming apparent. While there are disparities in the United States in vaccination rates, such as an emerging rural-urban divide, they are dwarfed by the uneven availability of vaccines globally. Over forty countries have not administered a single shot. Second, and related, the pandemic is not abating uniformly. There are surges within the United States such as in Michigan, but the deadly virus's spread in countries such as India and Brazil is downright catastrophic.

The United States has finally joined the efforts to enable global vaccine access by pledging $4 billion to the COVAX initiative led by a few multilateral organizations working for global equitable access to vaccines. It has also loaned four million doses of AstraZeneca vaccines it is not using to Mexico and Canada. Its decision to rejoin the World Health Organization—a source of public health information and support for many poor countries—may restore much-needed funding to the organization during the pandemic. But America could play a bigger role in ensuring that most of the world gets vaccinated.

The humanitarian reasons for doing so are readily apparent. Medical supplies rather than vaccines are more urgently required to contain the disaster unfolding in India. But India is a cautionary tale for countries that ease health restrictions without vaccinating their populations fast enough. Less than 10 percent of the Indian population has got even one dose of the vaccine. And India is running out of doses, a tragic irony for the world's largest vaccine-producing nation, which houses the Serum Institute of India (SII), the world's largest vaccine-producing company.

But there are also self-interest reasons that should compel the United States to become more actively involved. A recent RAND report estimates that “vaccine nationalism”—a situation where countries push to get first access to a supply of vaccines and potentially hoard key components for vaccine production to the disadvantage of other, often less developed, nations—could cost the world up to $1.2 trillion a year in GDP terms. The benefits of ensuring that lower-income countries can access vaccines is estimated to far exceed the cost that rich nations would incur by doing so. It is unsurprising that in a globalized world linked by trade and travel, the U.S. economic recovery is likely to be hindered by health and economic troubles elsewhere. The State Department has a whopping 150 countries on its “do not travel” list due to very high levels of coronavirus cases. This is likely to wreak havoc on the travel and tourism industry, not to mention businesses that have put international travel on hold for more than a year.…

Krishna B. Kumar directs international research for the nonprofit, nonpartisan RAND Corporation, and the Pardee Initiative for Global Human Progress at the Pardee RAND Graduate School.

This commentary originally appeared on The National Interest on May 3, 2021. Commentary gives RAND researchers a platform to convey insights based on their professional expertise and often on their peer-reviewed research and analysis.