Culture, Performance, and Assessment in Research 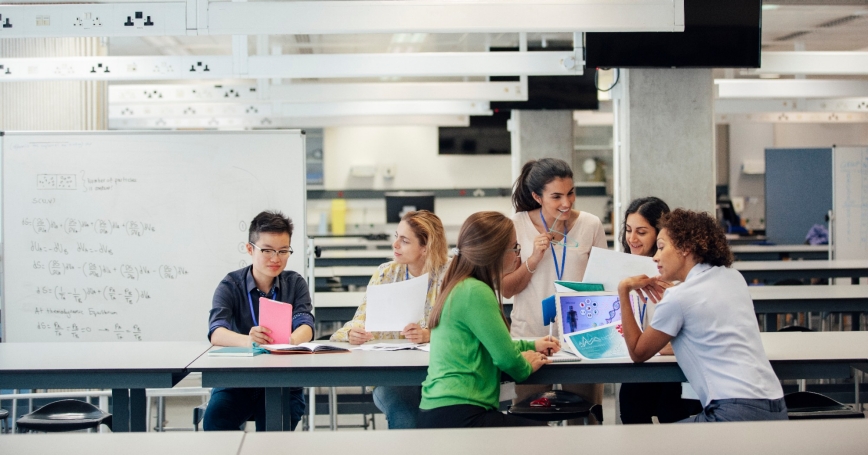 by Susan Guthrie and Jonathan Grant

This debate has been stimulated by the Wellcome Trust and the CEO of UK Research and Innovation (UKRI), Ottoline Leyser.

But the evidence shows that this is a false dichotomy—high-performance research units are built on a strong, inclusive culture and an open and transparent set of values. The issue is that current assessment criteria and incentives are aligned around competition, driving at best inefficiencies in the research system and at worse unwanted behaviours.

Back in 2015 RAND Europe and the Policy Institute at King's collaborated on a (what was then) HEFCE-funded project that explored the characteristics of high-performance research units.

The top 30 submissions to the REF2014 were identified by looking at a combination of grade point average and those with 4* profiles for impact and outputs. This represented around 1.5 per cent of all submissions and thus, is very much at the elite end of performance.

Key characteristics of high research performance were determined through a combination of quantitative data, interviews, and a workshop with individuals from high-performing research units, along with a review of existing literature. From the analysis, eight observations that were associated with high research performance were identified, including “culture and values” which were seen as a prerequisite.

Research organisations cannot perform at the elite end of research performance unless they have a positive research culture.

As noted in the report, the majority of interviewees felt that the presence of a shared value system was a critical part of a high-performing research unit, but there was considerable variability in how explicitly interviewees referred to this.

Some of the key features of research culture associated with high performance were a strong public focus and orientation towards public service, high standards and a culture of excellence, and a supportive environment in which collaboration, openness, and mutual values are emphasised. The bottom line was that research organisations cannot perform at the elite end of research performance (as assessed by the REF) unless they have a positive research culture.

Given this evidence it is somewhat surprising that the current academic incentive systems continue to value quantifiable publications and funding over and above research cultures. For example, a review of promotion and tenure guidelines of 92 randomly selected biomedical and health faculties worldwide found that the traditional evaluation criteria—of peer reviewed publications, authorship order, journal impact, grant funding, and national or international reputation—were used in 95 percent of guidelines.

It is this focus over the past 50 years on publications and funding that may drive “hyper competition” which, at the extreme, could lead to research misconduct according to a 2017 paper by Edwards and Roy. This competitiveness, as a Wellcome survey noted, is not because the “personal characteristics” of researchers had changed over this time but because of “the wider environment and the use of incentives set by policymakers, institutions and funders”.

A paper (PDF) for AcademyHealth made the case for a need to reform academic incentives and move towards a more inclusive system focused on social impact—a key component for health services research—by identifying several cases where reform has occurred.

One of these was the Dutch “Room for Everyone's Talent (PDF)” position paper that set out a new system for reward and recognition. Critically the signatories of this paper were effectively all the actors within the research system—the funders, the universities and academic health science centres—all of whom committed to reforming their own assessment systems, valuing diversity, impact, teamwork, and open science.

A lot of this chimes with the values of the “new power university” of open source collaboration, radical transparency, sharing, and networked governance that have been applied to other knowledge-based organisations but thus far not universities.

Another Redefinition of Research Excellence

So how could these new power values be embraced in the assessment of research? The recently announced review of research assessment, under the auspices of Peter Gluckman, creates an exciting opportunity. Just as in the past, when 'research excellence' was redefined by including societal impact within its remit, it may be time for future research assessments and criteria to put a significant emphasis on culture.

It may be time for future research assessments and criteria to put a significant emphasis on culture.

However, this could also raise a risk. Such an approach might further encourage higher education institutes to react to the demands of research funders rather than taking the initiative to get their own house in order. There is a long history of research concordats and other levers that link funding to a change in behaviours in universities. For example, the National Institute for Health Research's requirements around Athena Swan accreditation and more recently Wellcome's policy on bullying. While such interventions are welcome, they also hint at the failure of universities to take a lead on these culture issues.

Accordingly, while the Gluckman review could look at how to build research culture and values into assessment systems, it may need to try and avoid the risk of making this only a funders' responsibility.

Susan Guthrie is the director of the Science and Emerging Technology group at RAND Europe. Jonathan Grant is director of Different Angles, a senior fellow at RAND Europe and a professor of public policy at King's College London.

This commentary originally appeared on Wonkhe on May 24, 2021. Commentary gives RAND researchers a platform to convey insights based on their professional expertise and often on their peer-reviewed research and analysis.