How America Can Help Re-Shape the Post-Soviet Countries 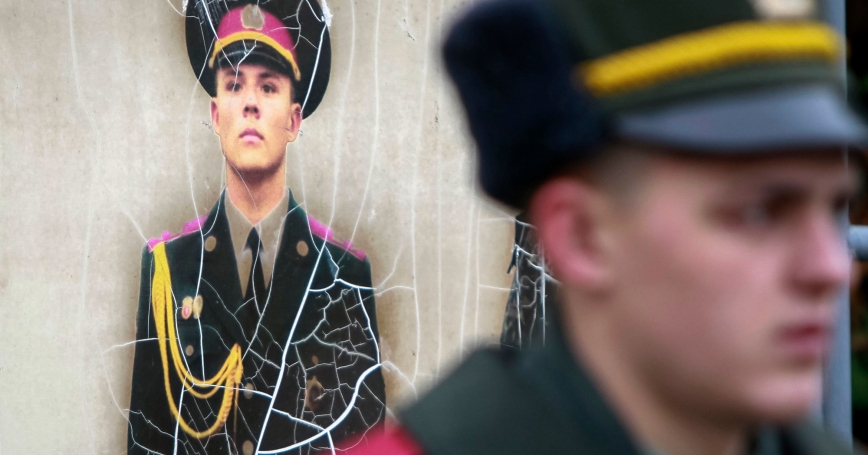 A recruit from the presidential regiment waits for a ceremony to take the oath at a military base in Kiev, Ukraine, November 16, 2013

Since the Soviet collapse in 1991, the performance of the fifteen newly independent states has varied widely. Some do well in political, economic, and social dimensions, some fare poorly, and some are mixed.

To varying degrees, the West has helped states develop and integrate into the world economy. The successes show this is possible. The West might persist in encouraging reforms, which are vital to improving people's lives while giving special attention to lopsided performers.

Why has performance for many been uneven? Observers cite varying reasons. The Baltics were independent states before 1940 and benefit from a tradition of self-rule. The lingering effects of autocratic tsarist rule and communist repression stunt development. Central Asia was backward at independence. Petro wealth brings prosperity. States closer to prosperous Europe benefit.

Whatever the impact of these and other factors, valuable insights can be gained from published indices that rank countries globally.

Indices of democracy, corruption perceptions, rule of law, and freedom may be suggestive of political development. Per capita incomes measured by current dollars and purchasing power parity, and indices of economic freedom, competitiveness, human capital, global innovation, and the ease of doing business may be proxies for economic development. Indices of human development, environmental performance, health security, and infant mortality may reflect some of the variations in social development. Several indicators, such as environmental performance, could affect development in several dimensions.…

William Courtney is an adjunct senior fellow at the nonprofit, nonpartisan RAND Corporation and former U.S. ambassador to Kazakhstan and Georgia. Howard J. Shatz is a senior economist at RAND.

This commentary originally appeared on The National Interest on May 16, 2021. Commentary gives RAND researchers a platform to convey insights based on their professional expertise and often on their peer-reviewed research and analysis.