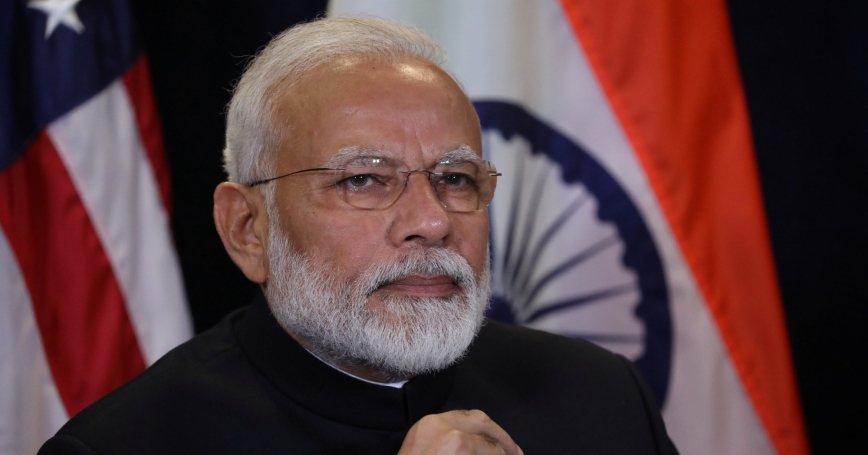 Democracies are supposed to get along, but that has not always been the case for the United States and India. Indeed, the relationship, though perhaps at an historical high point today, still suffers from New Delhi's lingering distrust of Washington derived from raw Cold War geopolitics and India's longstanding foreign policy of nonalignment.

The most recent bilateral irritant pertains to the ongoing explosion of coronavirus cases and deaths in India. When the crisis first began to unfold last month, many Indians wondered aloud whether the United States would ever provide vaccine raw materials, excess doses, oxygen, and personal protective equipment to the fight. As the self-described pharmaceutical manufacturing floor of the world, India was miffed that it had helped the United States by exporting vaccines in its time of need, yet radio silence followed from Washington when crisis struck India.

To be sure, senior American and Indian officials were constantly in communication, but the lack of initial public statements from the United States bolstered the argument of nonalignment advocates that New Delhi should not place too much faith in Washington. Security constructs such as the Quadrilateral Security Dialogue, or the Quad, of which India and the United States are members along with Australia and Japan, had not assisted New Delhi on vaccines, in spite of vaccine cooperation and coordination being a stated priority of the group. India was better off, so the argument went, to go it alone. Others opined that even adversaries China and Pakistan had offered help before the United States did, along with Iran and India's “time-tested” partner Russia, which, as the Soviet Union, had helped balance U.S. and Chinese support of Pakistan during the Cold War. Hence, many Indians viewed Russia's Sputnik V vaccine as a viable alternative.

Another point of bilateral friction between the United States and India also arose last month following Washington's freedom of navigation (FoN) operation against Lakshadweep—an Indian-administered archipelago off the southwest coast of India in the Arabian Sea. Although Washington has been conducting FoN operations since 1992 against what it views as excessive Indian maritime claims in the Indian Ocean, this time was different in that the FoN was publicly announced shortly after it was conducted rather than being innocuously recorded in an annual Department of Defense roundup report released later.

In response, New Delhi argued that under the United Nations Convention for the Law of the Sea, the Indian government “does not authorize other states to carry out in the Exclusive Economic Zone [EEZ] and on the continental shelf, military exercises or maneuvers, in particular those involving the use of weapons or explosives, without the consent of the coastal state.” The former chief of India's Naval Staff wrote: “For the 7thFleet to carry out FoN missions in Indian EEZ in violation of our domestic law is bad enough. But publicizing it?” The episode was clearly an embarrassment for New Delhi, which had prided itself on supporting Washington's “free and open” Indo-Pacific concept. Essentially the Biden administration appeared to be lumping India in with China as another state that was not abiding by international law and norms of behavior.

A third area of bilateral friction is certainly apparent on India's slide toward becoming an illiberal democracy. Under Prime Minister Narendra Modi, who in 2019 won reelection in a landslide, India has prioritized Hindu nationalist objectives to the detriment of minority groups, particularly Muslims. Freedom House, a U.S. government–funded nonprofit organization that ranks freedom in every country, decided in March to drop India from “free” to “partly free” status. India's Ministry of External Affairs (MEA) hit back, noting that “India has robust institutions and well-established democratic practices. We do not need sermons especially from those who cannot get their basics right.” Additionally, the State Department's annual report on human rights was not kind to India this year, describing a deteriorating situation there, and neither was the U.S. Commission on International Religious Freedom, which labelled India a “country of concern.”

There are simmering concerns in New Delhi that progressives within Biden's Democratic Party might seek to sway the White House away from supporting India because of increasingly misaligned values.

More broadly, there are simmering concerns in New Delhi that progressives within Biden's Democratic Party might seek to sway the White House away from supporting India because of increasingly misaligned values. For example, amid the explosion of coronavirus cases in India, the White House spokesperson said that the administration disagreed with New Delhi's request to Twitter to remove commentary critical of the Indian government's response to the crisis. Rifts in shared values would strike at the very core of the spirt of democracies working together.

India is also frustrated by the enactment in 2017 of the Countering America's Adversaries Through Sanctions Act (CAATSA). Designed to sanction countries that engage in “significant transactions” with Iran, North Korea, and Russia, CAATSA holds serious implications for U.S.-India defense relations. In 2016, New Delhi purchased the S-400 air defense system from Moscow and delivery is planned for some time this year. If the deal goes through, then India might be subjected to sanctions from the United States unless New Delhi receives a waiver.

Russia and India have a longstanding defense relationship dating back to the Cold War, and the Indian military over decades has procured many Soviet/Russian systems. New Delhi is unlikely to shy away from its security relationship with Moscow because of CAATSA. In response to a question about the S-400 deal, the MEA noted that “India and the United States have a comprehensive global strategic partnership. India has a special and privileged strategic partnership with Russia. India has always pursued an independent foreign policy. This also applies to our defense acquisitions and supplies which are guided by our national security interests.” While in India last month, U.S. Secretary of Defense Lloyd Austin noted that CAATSA sanctions might be triggered if New Delhi pushes ahead with the deal. Sanctioning India would certainly have a chilling effect on U.S.-India cooperation in the Indo-Pacific.

Finally, there is brewing trouble in regard to President Biden's recent announcement that the United States would withdraw its troops from Afghanistan by September 11th of this year. The high likelihood of ensuing chaos featuring a Pakistan-supported Taliban takeover of the country has probably left India feeling abandoned and potentially helpless. According to the Indian chief of defense staff, “Our concern is that the vacuum that will be created by the withdrawal of the United States and NATO should not create space for disruptors.”

Moreover, Washington is working through the U.S.-Russia-China-Pakistan “Extended Troika” to voice their views on Afghanistan's future. China and Pakistan are clearly not trusted by India, and yet the United States is working with them. To be sure, India is welcome to join, but New Delhi refuses to engage directly with the Taliban. How Washington coordinates its pullout with New Delhi in the coming months will be of paramount importance.

Going forward, there are clearly significant irritants remaining in U.S.-India ties from New Delhi's perspective. Any one of these, or any combination of them, could hold the possibility of derailing an otherwise extremely positive bilateral relationship. Hence, it could be critical for both sides to work hard to prevent such an unwanted outcome that would have wide-ranging consequences for the Indo-Pacific.

This commentary originally appeared on Times of India on May 20, 2021. Commentary gives RAND researchers a platform to convey insights based on their professional expertise and often on their peer-reviewed research and analysis.