Progress on Infrastructure, but the Devil May Be in the Details 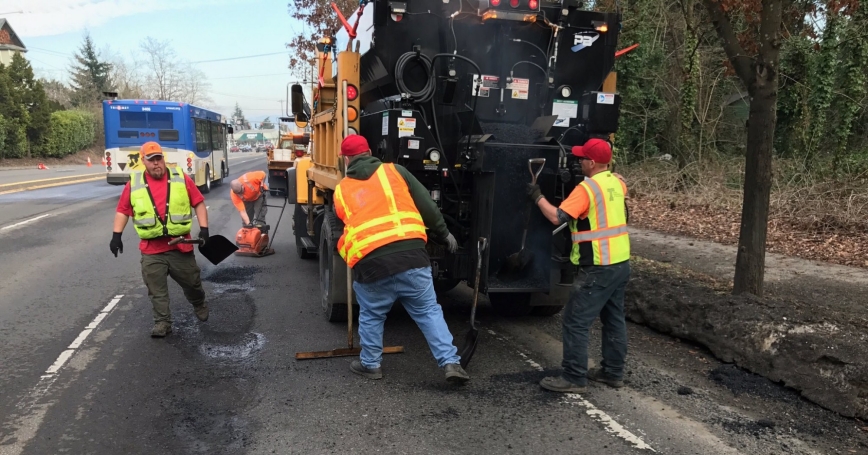 Photo by Oregon Department of Transportation

After decades of incremental steps by Congress to address national infrastructure needs, the Biden administration recently unveiled a 32-page, $2.3 trillion plan that combines federal spending on traditional physical infrastructure with federal spending on workforce training and education, research and development of new technologies, as well as affordable housing. Senate Republicans countered with a 2-page, $568 billion plan that targets a narrower subset of physical infrastructure and does not include the broader elements of the Biden plan.

Negotiations are underway between the White House and Congress about the scope of investment and the means of paying for it, but the first bridge that negotiators may need to build could be across the chasm of differing ambition. Reaching a compromise on a spending level would be a significant accomplishment in-and-of itself, but it may not be enough to ensure that the spending will produce results as intended.

Congress and the administration will still have miles to go in thinking through large and consequential decisions. How will projects be selected and implemented? By whom? Will projects be paid for using existing mechanisms for funding and financing infrastructure or using newly-created federal grant programs?

Federal funds are not typically the main source of funding for infrastructure. For example, most transportation and water infrastructure decisions in the United States are actually made by state and local governments. They set their own priorities and are responsible for the vast majority of costs of operation and maintenance (O&M) of infrastructure once built, providing a powerful incentive not to overbuild. State and local governments accounted for 59 percent of capital spending and 90 percent of O&M spending for transportation and water infrastructure in 2017, drawing on their own revenue base and borrowing capacity in the municipal bond market. Other infrastructure systems, such as the electric power grid, high-speed broadband, and freight rail, are predominantly owned and operated by private firms who decide when and where to build and maintain their systems.

Although most decisions about individual public projects happen at the state and local level, Congress can influence these decisions in many ways, including through the proposed plans to target additional federal funding to specific aspects of U.S. infrastructure. After a compromise has been reached about how much to spend, Congress will then need to decide how much of the proposed new funding will be pushed through existing federal programs and whether new rules and new programs will be necessary.

As one example, under current law, states receive an allocation of funding from the federal Highway Trust Fund which they in turn apply to their priority list of highway and mass transit projects. Additional spending targeted at highways and mass transit projects would presumably flow through the existing federal highway program using general revenues unless the gas tax is raised or new fees generated through some other means.

Conversely, the federal government has been out of the business of major grantmaking for wastewater treatment plants for more than 30 years now and was never involved in funding local drinking water systems except for small rural communities. EPA would be the logical lead agency for managing new federal support for these systems, but new staff and systems would need to be in place to administer big new programs. HUD's program for Community Development Block Grants possibly could be used as the funding mechanism but this would represent a major expansion of its responsibilities and require an expanded and trained workforce to oversee the distribution of funding.

Congress will need to decide whether states and local authorities should put up funds of their own to gain access to the new federal dollars.

Finally, Congress will need to decide whether states and local authorities should put up funds of their own to gain access to the new federal dollars. For example, states are now required to provide 10 percent of the costs of most highway, road and bridge projects. Cost sharing requirements help ensure funds are not wasted on projects that state and local governments do not feel are worthwhile. However, communities that may be most in need of the funding may not have sufficient resources to provide matching funds. The same may be said for standard benefit-cost analysis that implicitly places more weight on high-value economic development than development in underserved communities with fewer physical assets of value.

Achieving economic and racial equity in the distribution of new infrastructure funds without wasting funds on projects that do not achieve their intended objectives may require rethinking prevailing federal funding formulas and project selection criteria.

Other questions remain about the timing of decisions and the timing of implementation, largely centered on constraints in the construction workforce, from engineers to laborers and the administrative capacities of states and local governments to plan, design, manage, and oversee such a massive infusion of new capital. The private sector is already struggling to hire new employees despite undesirably high unemployment rates in some areas and sectors—widespread hiring demand from local and state governments might exacerbate that challenge.

How Congress fills in the blanks of new federal spending could have a profound effect on state and local capital spending for years to come. No one really knows how this unprecedented level of direct federal spending could upend state and local governments' current patterns of financing and funding public infrastructure. However, one thing is certain: Change will only be possible with a transformational investment strategy.

Debra Knopman is a principal researcher at the nonprofit, nonpartisan RAND Corporation. Benjamin Miller is an economist at RAND. Both are professors at the Pardee RAND Graduate School.

This commentary originally appeared on The Hill on May 20, 2021. Commentary gives RAND researchers a platform to convey insights based on their professional expertise and often on their peer-reviewed research and analysis.