A Black Brother Needs Love, Too 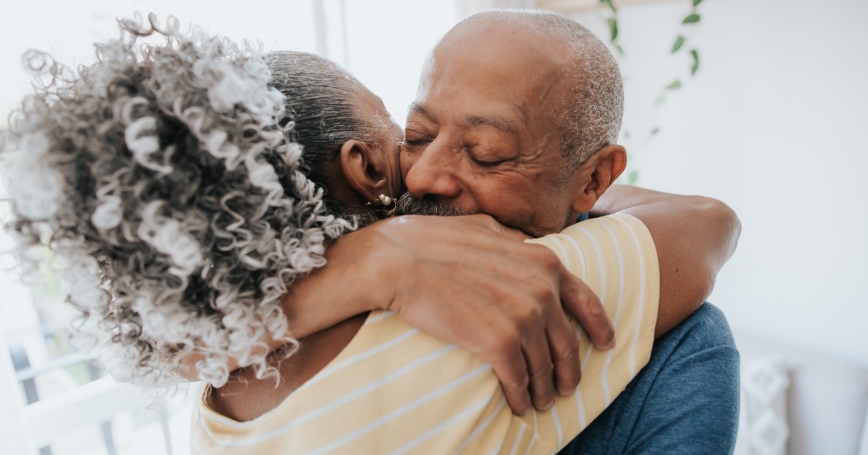 Protect Black Women is that rare slogan that crossed over from t-shirts and Twitter to the halls of power in Washington and beyond. In 2020, after the high-profile police killing of Breonna Taylor and after nearly 1 million Black women were pushed out of the labor market by the pandemic, the phrase became popularized by activists and athletes, entertainers and journalists. Rapper Megan Thee Stallion famously featured the words as a backdrop for a “Saturday Night Live” performance. It is potent shorthand, encapsulating a range of issues that harm Black women such as workplace racism, sex trafficking, high rates of maternal mortality, and police violence.

By the end of 2020, the idea had taken hold, particularly in the news media. Black women were applauded for their ability to organize and mobilize voters and credited for delivering the White House to Joe Biden. Rep. Robin Kelly (D-Ill.) continued to elevate Black women by introducing the Protect Black Women and Girls Act of 2020. Elected and appointed to important roles—including Vice President Kamala Harris, Chair of the Domestic Policy Council Susan Rice, Chair of the Council of Economic Advisors Cecilia Rouse, and Secretary of Housing and Urban Development Marcia Fudge—it appears that Black women may have the clout needed to play a significant role in shaping policy.

The current cultural focus on intersectionality, which examines the effects of bias on women (Black and white) by comparing outcomes to those of white men, may be distorting the perception of what public policies and research are needed. First, using white men as the baseline reference group doesn't capture the struggles of Black men. Second, it papers over the similar barriers Black women and men face related to discrimination in the workplace and violence and death at the hands of police officers.

For example, Black workers (men and women) faced similar discrimination in the workplace; both have distressingly high youth unemployment rates that depresses Black lifetime earnings and both were the last hired as the economy tried to rebound from a deadly pandemic. And yet, presumably swayed by calls to protect Black women, during interviews journalists asked me to focus on the unemployment rate among Black women. While many were aware that Black men and women had similar unemployment rates, which as of May 2021 (PDF), were 9.8% and 8.2% respectively, journalists wanted to report on the number of Black women who left the labor force.

Black males experience higher rates of discipline in school even as early as preschool.

The pandemic indeed pushed a significant number of Black women out of the labor pool. But another force had already been doing this to Black men: mass incarceration.

Figures from the Bureau of Labor Statistics simply exclude the incarcerated, who have no employment or labor force activity. Because Black men are disproportionately incarcerated, their employment measures are even worse than what is reported in the headline BLS measures.

Additionally, a 2019 paper (PDF) showed that Black boys/men face unique barriers in the labor market. Specifically, these authors found that “[b]lack boys raised in America, even in the wealthiest families and living in some of the most well-to-do neighborhoods, still earn less in adulthood than white boys with similar backgrounds.” Even after accounting for differences in parental marital status, education, wealth, and cognitive ability, the results show that Black boys who grew up in similar neighborhoods as their white male counterparts still have lower incomes. This disparity does not exist for Black women and white women.

“The research makes clear that there is something unique about the obstacles Black males face,” the authors point out. Black males experience higher rates of discipline in school even as early as preschool. Black males are more likely to be stopped, searched, and detained by police officers. Additionally, some believe differences in economic opportunities and outcomes can be explained by negative stereotypes that paint “Black men as scary, intimidating.” “If you ask most people to describe a criminal, they're going to describe a young Black male.” This negative stereotype has led to Black men incurring a labor market penalty that is greater than the penalty of being a felon. Employers are more likely to hire a white man with a felony conviction than a Black man with no criminal record (PDF).

Employers are more likely to hire a white man with a felony conviction than a Black man with no criminal record.

As Black women climb the professional ladder, gain more clout, and push for policies that protect Black women, we must ensure, in the words of singer Angie Stone, “the whole world knows about our Black brother” and the struggles he faces due to racism that are unique from the struggles we share.

As Richard Reeves, Sarah Nzau, and Ember Smith argue in their Brookings paper, The challenges facing Black men—and the case for action:

“Breaking the cycle of intergenerational disadvantage for Black boys and men requires first a deeper understanding of the gendering of their race—and the racialization of their gender—and second, a battery of specifically tailored policy interventions.”

The only way we will rise is to protect our whole community, which encompasses all Black people. My answer to the age-old question, “Am I my brother's keeper?” Yes, I am.

Jhacova Williams is an associate economist at the nonprofit, nonpartisan RAND Corporation, focusing primarily on economic history and cultural economics. She has also done a series of projects investigating the role of structural racism in shaping racial economic disparities in labor markets.

This commentary originally appeared on Brookings on June 4, 2021. Commentary gives RAND researchers a platform to convey insights based on their professional expertise and often on their peer-reviewed research and analysis.