Can the United States Avoid Getting Trapped in a War Over Taiwan? 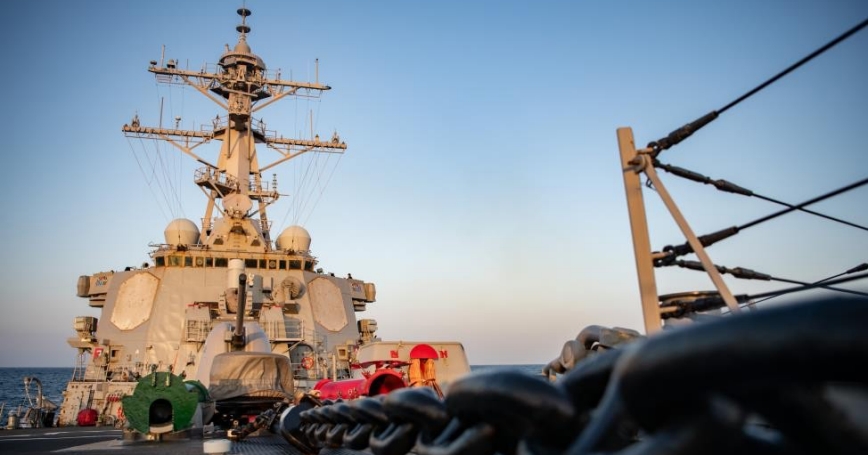 China's rising power and threats of war are creating a growing risk for Taiwan. Imagine, for a moment, what would happen if China chose to invade. With missiles flying and People's Liberation Army landing craft on their way, the United States would be trapped between two equally unpalatable options: fight alongside Taiwan or abandon it. Even in the buildup to war, as warnings flooded into Washington, a U.S. president would have basically the same choices: threaten to go to war or stay silent, and desert Taiwan.

These extreme options now frame the debate over U.S. policy. We believe that this situation must change—that a U.S. president deserves more options in crisis or war than fighting or fleeing.

The current dichotomy is the product of 70 years of American policy that represents a shotgun marriage of commitments. On the one hand, the United States avoids taking sides by respecting the “One China” mantra held by both Beijing and Taipei. On the other, U.S. policy insists that it will not tolerate naked aggression to resolve the issue.

In the Taiwan Relations Act, official statements, and the Strategic Competition Act before Congress, the United States is doubling down on both sides of this contradictory approach. It clings to ambiguity yet also erodes it by leaning further towards unqualified promises to defend Taiwan. But the truth is that movement too far away from ambiguity, in either direction, increases the risk of war.

Movement too far away from ambiguity, in either direction, increases the risk of war.

Abandonment before war or folding passively when one begins would make China's conquest easier than it should be, tempt Beijing to strike, shake allies' confidence too much, and result in deep domestic division in the United States.

Yet an unambiguous promise to defend Taiwan might provoke the very thing it is trying to avoid, by convincing Beijing of the need to act. Once war begins, fighting China over an issue it regards as existential would probably not make it back down.

It may well lead to a major war, possibly a nuclear one, take years to recover from, and destroy public support for America's regional role.

It is a fantasy to suppose that the United States can have a war with China on its own terms, with escalation neatly controlled. A major war that goes nuclear with China would produce a world in which U.S. interests were ruined, not protected.

Neither abandonment nor a more unconditional U.S. commitment to defend Taiwan makes sense. Between the stark choices of fleeing and fighting, what options does the United States have to bolster its position?

In a new study for the Lowy Institute, we argue that the United States can steer a productive “middle way.”

While retaining its traditional ambiguity about whether it would fight, the United States can act not as guarantor, but as armourer and balancer. It could build a potent menu of options short of going to war and signal that it would be able to help Taiwan and punish China without directly fighting.

As we lay it out in the study, the foundation of such a middle way is an intensified effort to help Taiwan make itself a much harder target.

The United States could do this by encouraging greater defence efforts, urging needed defence reform in Taiwan, and helping Taipei to gain access to affordable self-defence systems such as antiship missiles.

Beyond Taiwan's own efforts, in the event of crisis or war, the United States could support Taiwan and punish China in many ways short of fighting. It could use nonmilitary tools like coordinated economic sanctions with the EU, Japan, Australia, and others. It could work to gut China's global economic and cultural presence, including its Belt and Road investments, by encouraging countries to seize assets where possible and shut down negotiations on new projects.

Harder-edged U.S. contributions could include providing intelligence and surveillance to bolster Taiwan's defences, offering Lend-Lease-style shipments of arms and equipment during the period before war, sneaking in crucial supplies during wartime, and possibly even conducting deniable but direct actions like cyberattacks and sabotage.

At the same time, in the event of war, the United States could work to rally and arm concerned partners to deter any further Chinese adventurism. There is tremendous untapped balancing power in the region, and China's predation will give Taiwan's neighbours a good reason to join the response.

All the while, the United States would retain the ability—reflected in current policy—to go all-in on the defence of Taiwan. But a U.S. president would not be trapped into doing so by the absence of a well-defined and credible alternative path.

The message of such options would be that any aggression would have devastating consequences for China's national goals, destroy its global legitimacy, and produce a wall of better-armed nations in the region, backed by the United States, poised to defeat any further adventurism. Beijing can have “national rejuvenation” or attempted reunification with Taiwan by force, but not both.

Beijing can have “national rejuvenation” or attempted reunification with Taiwan by force, but not both.

This option is not perfect. If America did not fight, that would cause doubts in the region and beyond. But helping Taiwan short of war would best fit with the conflicted position of allies, who fear U.S. inaction but also do not wish to be entrapped into an avoidable war.

U.S. policy on Taiwan cannot be allowed to slip into a fatal choice between two imprudent options. Such a stark dichotomy ensnared Lyndon Johnson, who was ruined by the lack of any alternative to “getting in or getting out” of Vietnam. The same trap could await the United States on Taiwan—only this time, the costs of strategic entrapment will be far greater.

Michael Mazarr is a senior political scientist at the nonprofit, nonpartisan RAND Corporation. Patrick Porter is a professor of International Security and Strategy at the University of Birmingham.

This commentary originally appeared on Australian Financial Review on June 13, 2021. Commentary gives RAND researchers a platform to convey insights based on their professional expertise and often on their peer-reviewed research and analysis.