How to Sleep Better Together (or Not): Advice for Sleep-Deprived Couples 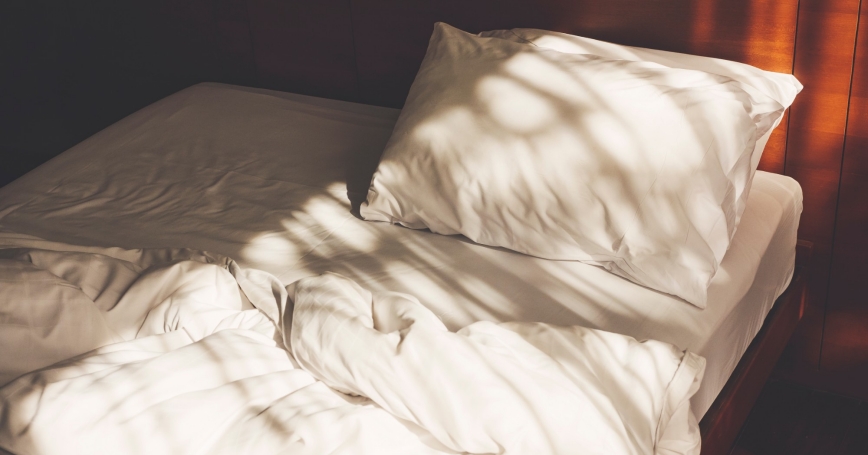 Larry and Elyse never imagined they'd end up being one of those “fuddy-duddy” couples who sleep in separate beds. But Larry's snore was epic. The sheer volume of his snore is why, when Elyse and Larry finally made the decision to sleep in separate beds, Elyse moved into their spare bedroom in the basement. Even then, she slept with ear plugs.

Choosing to sleep apart wasn't a decision they came to easily. She and Larry had been married for 15 years before they made the switch. It wasn't something either of them wanted. They assumed sleeping apart meant dooming themselves to a loveless (and sexless) marriage. It had the opposite effect. After a year of sleeping apart, they both claim to feel closer and more affectionate than they've been in years.

More and more couples are making the same decision as Elyse and Larry. And it's not only the result of wives finally reaching their breaking point with their snoring husbands. There are many other reasons why couples are increasingly choosing to sleep apart, including differences in sleep-wake schedules—she's a lark, he's an owl, differences in work schedules, and children, to name a few. By some estimates, one in four American adults choose not to sleep with their partner. As with Elyse and Larry, it's often a difficult choice and it often comes with a sense of shame.…

The remainder of this commentary is available at time.com.

Wendy Troxel is a senior behavioral and social scientist at the nonprofit, nonpartisan RAND Corporation.

This commentary originally appeared on TIME on June 2, 2021. Commentary gives RAND researchers a platform to convey insights based on their professional expertise and often on their peer-reviewed research and analysis.