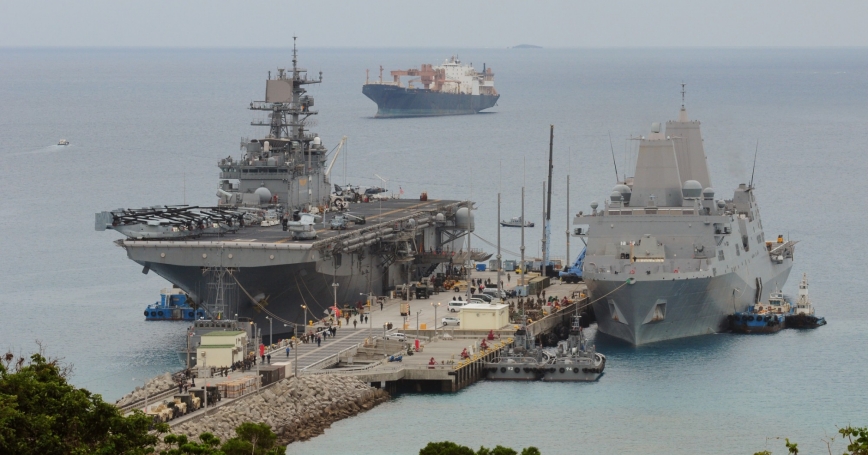 Over the last dozen years, China has grown ever more assertive: committing genocide in Xinjiang, engaging in wolf warrior and hostage diplomacy, breaking its treaty commitments (PDF) to the United Kingdom and its word to the people of Hong Kong, blocking efforts to uncover the origins of COVID-19, and threatening many of its neighbors.

No country is more directly exposed to these threats than Taiwan. As then–U.S. Indo-Pacific Command Commander Adm. Phil Davidson testified to the Senate Armed Services Committee in March, the threat to Taiwan could come “in the next six years (PDF);” two weeks later, his successor, Adm. John Aquilino, testified that “this problem is much closer to us than most think (PDF).”

As an April trip to Taipei by former Senator Chris Dodd and former Deputy Secretaries of State Richard Armitage and James Steinberg at the behest of President Joe Biden signaled, the United States stands with Taiwan; if China attempts to use force against its neighbor, the United States will almost certainly respond. And, as Japanese Deputy Prime Minister Aso Taro recently suggested, Japan would almost certainly join its ally in defense of Taiwan.

Allied defense planning could consider how Japan might further reinforce deterrence and if necessary improve its ability to contribute to the common defense.

In light of this, U.S. experts have urged the allies to prepare for the possibility of war with China, a step they have taken in recent table-top exercises. Such allied defense planning could consider how Japan might further reinforce deterrence and if necessary improve its ability to contribute to the common defense by acquiring long-range missile capabilities.

The United States and Japan may not have the luxury of deciding whether or not to respond to Chinese aggression against Taiwan; they could be drawn into the conflict from the outset whether they like it or not. If China attacks Taiwan, Xi Jinping may order strikes against U.S. cyber and space networks, U.S. forces in Japan and Guam, as well as against the Japan Self-Defense Forces and facilities in Japan, aiming to knock the allies out of the fight at the outset and then pursue a fait accompli before they can recover and respond. Moreover, U.S. and Japanese defense planners may need to contemplate not only a Chinese assault on Taiwan, but also the possibility of a simultaneous invasion of the Senkaku Islands, which could serve to divide the allies over different priorities.

Even as they seek to defend themselves against incoming PLA strikes, U.S. forces and the SDF would have to find ways to effectively counter and defeat PLA forces being deployed to Taiwan and the Senkakus. This would require the allies to attack PLA architectures (PDF) necessary for waging joint operations, what the PLA refers to as “systems confrontation and system destruction warfare.”

To survive a PLA onslaught, U.S. forces and the SDF might need to maximize survivability as well as lethality by enhancing both passive and active defenses, hardening military bases, facilities, and critical nodes as well as improving integrated air and missile defense. However, if they restrict themselves merely to fending off Chinese attacks without seeking to strike back, the allies could find that the PLA simply overwhelms their defenses. To counter this, the United States and Japan could consider an approach that would include strikes against China's power projection networks in ways that would severely undermine Chinese military capabilities to an extent that would render an invasion of Taiwan or the Senkakus untenable. Since there is no guarantee that the United States and Japan will be able to detect, disrupt, deny, and defeat China's intended crippling first strike against U.S. and Japanese bases, maximizing a retaliatory strike capacity could prove crucial for maintaining deterrence.

Such an approach may need to consider seriously proposals from Japanese experts (PDF) to acquire a substantial magazine of long-range conventional missiles. The counterstrike capabilities Japan might consider acquiring in a phased manner could include Tomahawk land-attack cruise missiles with ranges more than 1,000 km, followed by medium-range ballistic missiles with ranges longer than 2,000 km, and finally hypersonic weapons with similar ranges. Japan will likely also want to continue its current plans to develop and procure long-range anti-ship cruise missiles through upgrades to the Type-12 surface-to-ship missile with a potential range of 1,000 km. The focus of such a procurement drive might be on developing counterstrike capabilities that could hit fixed military ground targets such as PLA bases, ports, and various critical nodes and systems supporting China's offensive power projection operations.

Such new capabilities may require the overhaul of the traditional roles, missions, and capabilities of Japan and the United States within the alliance framework. However, this should not be surprising—alliances that survive evolve in response to the competitive pressures posed by great power rivals. At the end of the day, the credibility of U.S. and Japanese responses to a Chinese invasion of Taiwan may depend in part on how the two countries respond by developing and deploying forces that can credibly deny or impose unacceptable costs on China if it seeks to use force against the allies, their partners, their interests, and their values.

Scott W. Harold is a senior political scientist at the nonprofit, nonpartisan RAND Corporation, and an affiliate faculty member at the Pardee RAND Graduate School. Satoru Mori is a professor at Hosei University.

This commentary originally appeared on The Diplomat on July 22, 2021. Commentary gives RAND researchers a platform to convey insights based on their professional expertise and often on their peer-reviewed research and analysis.