Can China Be a Real Partner in Bringing North Korea to the Nuclear Negotiating Table? 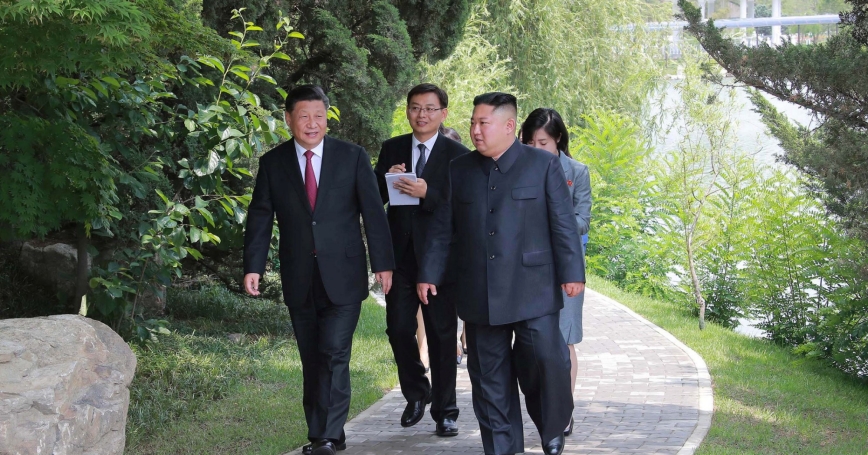 Beijing's goals for the North Korean nuclear issue are at odds with Washington's ultimate objective for the Democratic People's Republic of Korea (DPRK)—and more broadly, the desired end state for the Korean Peninsula conflict. Whereas the United States remains committed to the goal of denuclearization of North Korea, China is more interested in maintaining a delicate geopolitical balance to counter U.S. influence in the region and expanding its own reach. Thus, prospects for productive U.S.-China cooperation on the North Korean nuclear threat seem faint at best.

For China, Pyongyang's nuclear threats serve as a chip that either underscores Beijing's relevance to the nuclear dilemma or justifies its calls for Washington to reduce its troop presence and military activity on the Korean Peninsula. Therefore, China may be content with living with a nuclear North Korea so long as the threat remains a nuisance to Washington's strategic goals, helps preserve Beijing's influence over the region, and hamstrings the international community's efforts to reduce the North Korean nuclear threat.

Against the current backdrop of U.S.-China competition for influence, Beijing may perceive its North Korea card to be even more useful in undercutting Washington's efforts to address perennial security challenges and contend for clout in the region. Therefore, the Biden administration may be met with Beijing's intransigence in the follow-through on sanctions implementation and utilizing its diplomatic leverage over Pyongyang to persuade Kim to adhere to international norms and laws.

For the United States, this might simply underscore an imperative to revive alliances and like-minded partners to constrain China's strategic mobility, exclude Beijing's participation, and reduce its place and importance in addressing the North Korean nuclear issue. This may not only undercut Beijing's role in U.S. multilateral North Korea policy efforts; China's diminished place in the Korean Peninsula may also dilute the utility of Pyongyang's ties with Beijing, a critical fallback for the Kim regime in its long-term strategy towards the United States.

Can China be a real partner in bringing North Korea to the nuclear negotiating table? Perhaps a better question is whether the United States and like-minded countries should continue to tolerate what may be Beijing's whims as a key component in dealing with the DPRK nuclear challenge.

Soo Kim is a policy analyst at the nonprofit, nonpartisan RAND Corporation and an adjunct professor at American University.

This commentary originally appeared on The National Interest on July 13, 2021. Commentary gives RAND researchers a platform to convey insights based on their professional expertise and often on their peer-reviewed research and analysis.