Charting a Path Forward for College Athletes to Receive Pay 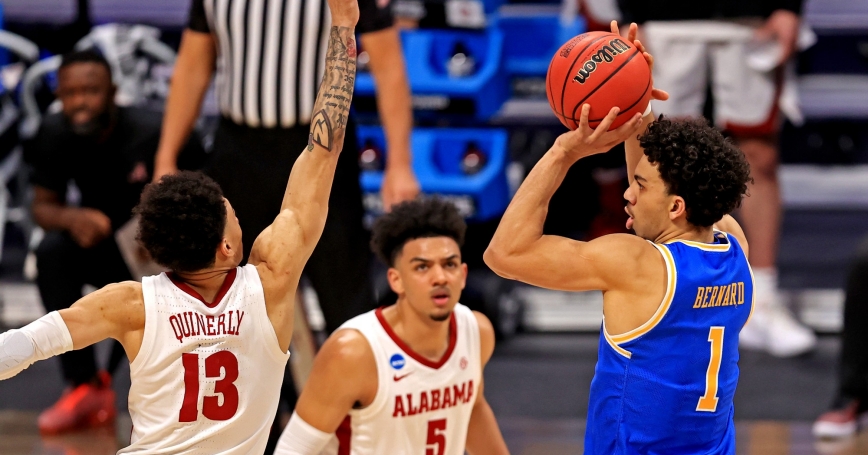 For its 115-year history, even as the popularity and profitability of collegiate athletics soared, the NCAA restricted what student athletes could receive in education-related benefits, such as tutoring, academic awards, graduate school scholarships, or paid internships. But on June 21, the United States Supreme Court ruled unanimously against the NCAA.

The Court did not directly address the broader issue of whether these athletes could be paid salaries. Still, this ruling may prove transformative as a step toward allowing college athletes to access the income that their labor produces.

There's still resistance to the idea, of course. College presidents have opposed paying athletes, suggesting that students and alumni wouldn't root for paid players. Coaches also have taken issue with paying college players salaries and have even threatened to “do something else” if their players are paid.

But the Supreme Court made it clear that the NCAA business model of restraining competition and price-fixing labor would be illegal in almost any other industry in America. The NCAA, for its part, last month voted to allow college athletes to profit from the use of their name, image, and likeness. Still, some see college-issued paychecks for athletes as inevitable.

Very quickly, the question will turn from if colleges should pay their athletes to how that might work.

The Supreme Court made it clear that the NCAA business model of restraining competition and price-fixing labor would be illegal in almost any other industry in America.

A likely model lies with another group of university students. Like near-pro athletes, they receive tuition waivers, health benefits, and access to world-class facilities, but they are also paid salaries: Ph.D. students.

Graduate students have their own complaints these days and some have organized unions and strikes to protest their pay rates and how harassment cases are handled. But they are still far ahead of athletes. Ph.D. students get a contract before they start school agreeing to work a certain number of hours per week—grading, teaching, doing research, etc.—for their institution. In exchange, the university agrees to waive their tuition, pays them a salary or stipend, and may give them access to various benefits including health insurance. Similarly, college athletes could sign a contract that binds them to work for the university and receive a salary. Their labor hours would include game-day labor and preparation for games (i.e., practice and travel time to away games). Their contract would also include educational requirements, such as maintaining a certain GPA.

The marketplace can easily manage to value salaries for college athletes. This too already happens with Ph.D. students. Business school and STEM doctoral students, for example, receive salaries higher than English or history Ph.D. students, because those programs bring in more revenue and their graduates are in high demand.

College athletes' salaries are likely to be influenced by the supply of and demand for players in particular sports, their skill sets, location, and bargaining power. These factors will, of course, vary across collegiate athletic programs, and also across sports within a college. Baseball, basketball, and football players are in high demand to industries (the MLB, the NBA, and the NFL) and generate high revenue for their universities and the NCAA. As such, it would seem like these students should earn higher salaries than rugby, softball, or bowling college athletes. That said, labor in collegiate sports is a team effort, so perhaps salaries should be the same for teammates, not dependent on the position, or higher for star players. This would lead to greater competition across universities and result in a fair market rate for college athletes.

College athletes' salaries are likely to be influenced by the supply of and demand for players in particular sports, their skill sets, location, and bargaining power.

Some may argue that a market-driven approach to paying athletes could lead to an imbalance—that schools in high-profile conferences or with winning programs will lock up all the best recruits. Among graduate programs, this is minimized because graduate students receiving degrees in the same subject have similar salaries across different universities. For example, Ph.D. salaries in economics are similar for students at University of Michigan and Louisiana State University, adjusting for cost of living. Similarly, college athletes in baseball could receive similar salaries whether working for UC Santa Barbara or Clemson University since they are performing the same labor. Allowing salaries to not vary too much between universities within the same sport could, in fact, allow for greater athletic competition because students will not be incentivized to “follow the money.”

The fairness of compensating college athletes has resonated with many Americans who have never donned a jersey. One reason is that the current NCAA business model essentially mirrors inequities in the broader U.S. economy: huge income is generated in the aggregate, but a select sliver reaps massively disproportionate gains.

Over the last 40 years, workers gained almost nothing in real dollars, while CEO pay has grown by 1,167 percent. College athletes' pay remained suppressed, even as the NCAA grew to generate $1.18 billion (PDF) in revenue by 2019. It is as if these college athletes' incomes were taxed 100 percent and all the wealth they generated was redistributed to college athletic departments.

The recent Supreme Court ruling may upend college athletics in some ways that are overdue. But the model to pay them is simple labor economics—the same one that has been used to give salaries to Ph.D. students for decades.

Jhacova Williams is an associate economist at the nonprofit, nonpartisan RAND Corporation. She is an applied microeconomist focusing primarily on economic history and cultural economics.

This commentary originally appeared on ProMarket on July 7, 2021. Commentary gives RAND researchers a platform to convey insights based on their professional expertise and often on their peer-reviewed research and analysis.