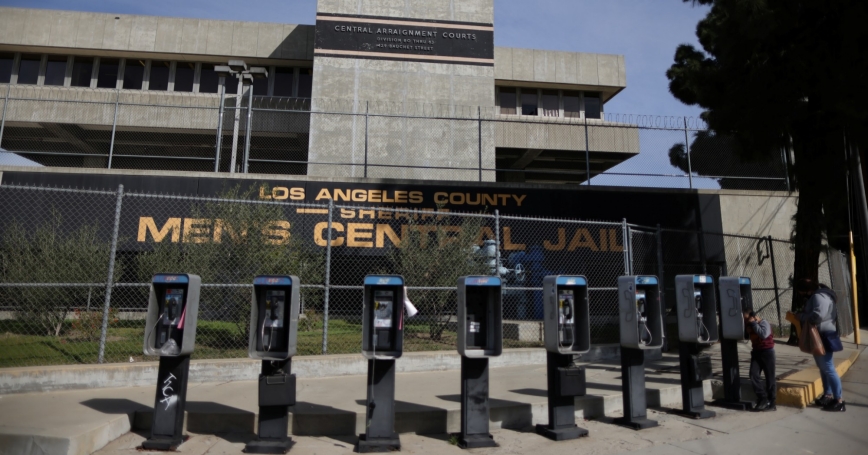 In January 2020, my colleagues and I released a report that found 61 percent of the roughly 5,500 individuals within the Los Angeles County jail system's mental health population on a typical day might be appropriate for diversion—a finding that drew attention from the press, community groups, and most essentially, policymakers in Los Angeles County. These findings have been raised in criminal justice reform discussions in the county and were cited in the Los Angeles County Board of Supervisors motion to close Men's Central Jail (PDF).

This project was funded in part by the Conrad N. Hilton Foundation. Among the focuses of the Hilton Foundation is supporting efforts to make homelessness rare, brief, and nonrecurring. They supported this research given the Los Angeles County Office of Diversion and Reentry's focus on providing housing resources and clinical services to reduce the census of the county jail. This work provided valuable insights into the ways that foundations and researchers can partner to conduct and disseminate actionable, policy-relevant work.

One key aspect of this work was that it required a broad range of partnerships across sectors. The project team included researchers from RAND Corporation; University of California, Irvine; University of California, Los Angeles; and Groundswell, Inc. This work required deep knowledge of the system of care in Los Angeles County, but also the expertise of clinical and legal scholars. Our team worked closely with stakeholders within Los Angeles County, including our other funder, the Department of Health Services; personnel from the Los Angeles County Superior Court; staff of community-based organizations that serve diversion clients; and staff of the Los Angeles County Sheriff's Department. This range of perspectives was essential to executing the project.

This project also required flexibility in design and execution. The early stages of our work involved evaluating the viability of various data sources, and we had to navigate challenges to accessing relevant sources of data throughout the life of the project. The timeline for the project was also being shaped in real time by ongoing policy decisions made by the Los Angeles County Board of Supervisors. Our team had to be prepared to shift our approach and the expected roles of team members to accommodate new developments—which also necessitated flexibility on the part of our funders.

Finally, this project required a commitment to getting the findings into the hands of decisionmakers. Rather than a traditional academic article, our final report was a brief, highly designed report available to the public through the RAND website. Importantly, we presented our findings to the Board of Supervisors, allowing us to directly describe our findings to a key audience of policymakers. We also took advantage of opportunities to present findings to the popular media, resulting in the work being featured in outlets including the Los Angeles Times, LAIst, and NPR. Our team presented to a range of additional audiences, including academics, policymakers, and practitioners through the Homelessness Policy Research Institute and California State Council on Criminal Justice and Behavioral Health. We published posts on the RAND blog, explaining implications of these findings for criminal justice reform in Los Angeles and equity in the justice system. We also partnered with colleagues from Philadelphia and Denver to present a symposium describing how diversion in Los Angeles dovetails with reform efforts in other major cities. Together, these dissemination efforts reached a wide range of audiences and extended the impact of our work.

This project highlighted key ingredients to maximizing the impact of foundation-funded work. Impactful work may involve strong collaborations across funders, researchers, and community partners. It may require flexibility on the part of researchers and funders, especially when relying on data not originally collected for research purposes, such as those collected by public agencies. Finally, it may require strategic efforts to disseminate findings in ways that will reach decisionmakers who can use the findings to create change. In this way, investing in policy-focused research can be among the ways foundations catalyze change.

Stephanie Brooks Holliday is a behavioral scientist at the nonprofit, nonpartisan RAND Corporation. This work was supported by the Conrad N. Hilton Foundation.