Afghanistan Was Lost Long Ago 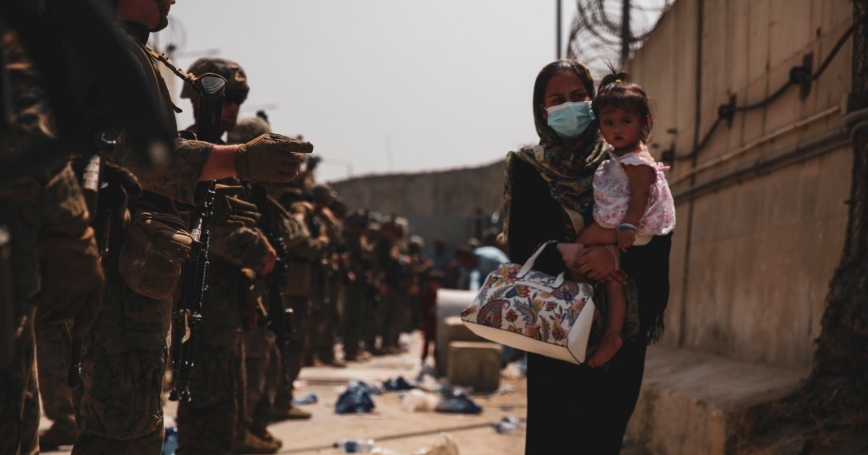 Marines guide a woman and her child during an evacuation from Hamid Karzai International Airport, Kabul, Afghanistan, Aug. 18, 2021

The days since Kabul fell into the hands of the Taliban have seen a steady stream of postmortems on the United States' involvement in Afghanistan. Some of these critiques cite flawed policy and poor implementation. Others assert that U.S. involvement in the country was doomed from the start, noting Afghanistan's reputation as “the graveyard of empires.” Still others—including U.S. President Joe Biden—go further, arguing that all postconflict stabilization and reconstruction efforts, also known as nation building, lead to quagmires that U.S. forces should comprehensively avoid. The truth is that the United States' failure in Afghanistan was not preordained, but Washington severely hobbled its own stabilization efforts early on.

Historically, the United States has launched military interventions with the intention of putting a stop to something, such as military aggression, genocide, nuclear proliferation—and, in the case of Afghanistan in 2001, ongoing terrorist operations. When the objective is achieved, as happened in Afghanistan once the immediate threat from al Qaeda was eliminated, the intervening force reaches a crossroads. Seeking to preempt any repeat episodes, it must choose between occupying permanently, reinvading periodically, or committing to help build a minimally competent successor regime, ideally allowing it to leave behind a society at peace with itself and its neighbors. The administration of U.S. President George W. Bush, unwilling to govern Afghanistan and faced with the threat of an al Qaeda resurgence, chose the third option—but failed to grasp the full dimensions of the challenge it was taking on.…

James Dobbins is a senior fellow and distinguished chair in diplomacy and security at the RAND Corporation. He has served as U.S. Special Envoy for Afghanistan and Pakistan, Kosovo, Bosnia, Haiti, and Somalia under the Obama, George W. Bush, and Clinton administrations.

This commentary originally appeared on Foreign Affairs on August 30, 2021. Commentary gives RAND researchers a platform to convey insights based on their professional expertise and often on their peer-reviewed research and analysis.