After Afghanistan, Could Russia Misjudge America? 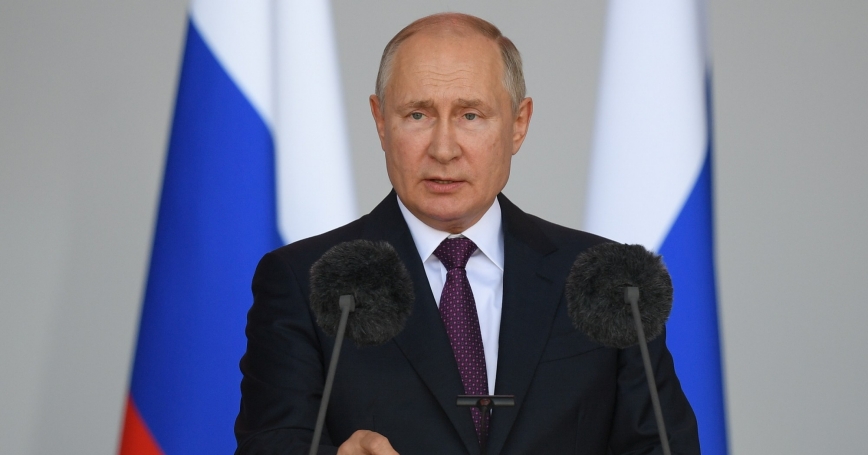 Photo by Ramil Sitdikov/Kremlin via Reuters

To put this in perspective, consider three past U.S. adversities: the Bay of Pigs and Berlin Wall, Vietnam, and Iran's seizure of U.S. diplomats and the failed rescue attempt.

In 1961, America faced a triple threat from the Soviet world. In April, the new Kennedy administration botched an amphibious assault at Cuba's Bay of Pigs aimed at overthrowing Fidel Castro's regime. At a June summit in Vienna with President Kennedy, Premier Nikita Khrushchev found him to be “inexperienced, even immature.” In August, East Germany began constructing a wall in Berlin as the United States and its allies watched helplessly.

These events could have inclined the Kremlin in 1963 secretly to dispatch nuclear arms to Cuba. Within days, however, the Soviet leadership backed off in the face of a U.S. naval blockade. Easing its decision was Kennedy's pledge to pull nuclear-armed missiles out of Turkey. Soviet risk-taking in Cuba may have reinforced U.S. resolve to increase its advantage over the USSR by deploying 1,000 new Minuteman missiles.

As the U.S. withdraws from Afghanistan, might Russia see the U.S. as defeated and vulnerable to pressure? This could be an error.

More than 58,000 Americans were killed in the Vietnam War, 20 times more than in Afghanistan. After years of bitter public protests and a struggle to achieve “peace with honor,” President Nixon ended America's combat role in 1973. South Vietnam fell in 1975.

Perhaps emboldened by the rout, the USSR expanded its international ambitions. It backed a Marxist takeover of Angola in 1975 and Ethiopia in its war against Somalia in 1978. Going for broke, the Soviet Union invaded Afghanistan in 1979. Moscow doubtless celebrated America's loss in revolutionary Iran of intelligence assets directed against the USSR.

The United States was slow to react, but it did. In 1978 it sidelined the USSR in brokering Camp David accords between Israel and its former ally Egypt. NATO pledged higher defense spending. In 1979, the alliance agreed to put new missiles in Europe to counter Soviet theater-range SS-20s. In 1980, the United States began aiding Afghan insurgents resisting Soviet occupiers.

In November 1979 in Iran, militants overran the U.S. embassy and seized hostages. The United States reacted modestly by halting imports of oil from Iran and freezing its assets in America. In April 1980, the United States mounted a bold but inept rescue attempt, with aircraft crashing in the Iranian desert. After 444 days and within hours of Ronald Reagan's inauguration as president on Jan. 20, 1981, Iran released the 52 hostages in exchange for the return of its seized assets.

The Kremlin might reflect on these examples to gain insight into how the United States might respond to its Afghanistan reverse.

Russian leaders might doubt whether the United States will sustain high levels of defense spending despite the heightened U.S. focus on great power competition. But unlike after Vietnam, a bipartisan majority in Congress favors increased expenditures.

The Kremlin might be tempted to think the United States is exhausted by burdens in the greater Middle East and will turn away from it. Despite some downsizing in the region, America is likely to retain substantial force to address threats from Iran or elsewhere.

Washington is entering a period of deeper reflection and intensified debate over foreign and military policy. As it goes forward, the Kremlin might consider the U.S. record of overcoming previous misfortunes.

William Courtney is an adjunct senior fellow at the nonprofit, nonpartisan RAND Corporation. He was U.S. ambassador to U.S.-USSR negotiations on implementing the Threshold Test Ban Treaty and to Kazakhstan and Georgia.

This commentary originally appeared on The Hill on August 26, 2021. Commentary gives RAND researchers a platform to convey insights based on their professional expertise and often on their peer-reviewed research and analysis.