Applying Machiavellian Discourses to the Wars in Afghanistan and Iraq 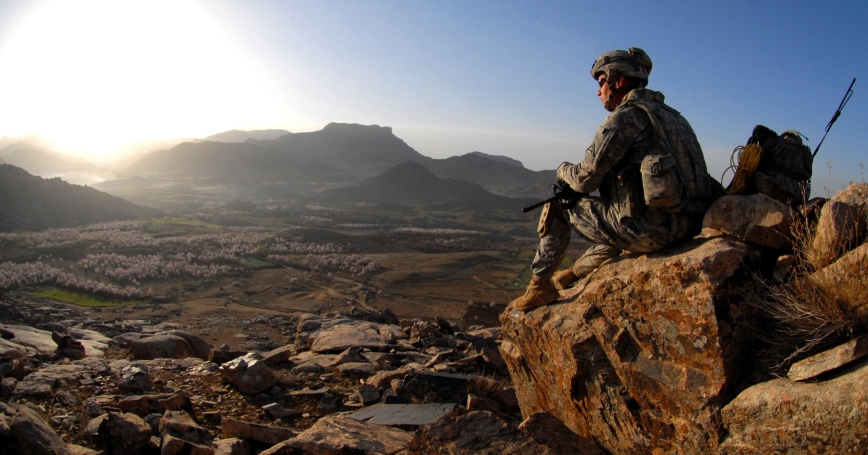 After 20 years of war without victory in both Afghanistan and Iraq, it is time to derive key lessons from both conflicts to avoid repeating the same mistakes. Niccolò Machiavelli, whose insights on statecraft have endured for five centuries, is a valuable guide in analyzing those lessons.

Although he has often been misperceived as malevolent, Machiavelli's writings provide potent reminders of how analysis of historical events can inform responses to contemporary challenges. Machiavelli's best-known work is The Prince, but his perceptive comments on political and military affairs are not confined to that slim volume. In particular, his book Discourses on Livy offers a range of sage political advice, frequently referencing Titus Livy's books on the history of early Rome and other ancient sources. Many of these discourses are highly applicable to the wars in Afghanistan and Iraq, and with the benefit of hindsight, they could have improved the way they were conducted.

For example, Machiavelli highlighted the danger of believing the promises of exiles who offer to help an outside power take over their native countries since these individuals inevitably have their own agendas. Their characterization of the situation within their country may be tinged by their own hopes of return, as well as by their hunger to overthrow the existing government. This observation was exemplified by the Bush administration's interactions with Iraqi exiles prior to the 2003 invasion of Iraq, such as Iraqi National Congress leader Ahmad Chalabi and the informant code-named “Curveball.”

They and other exiles not only peddled lies about Saddam Hussein's weapons programs and contacts with terrorists but also told American interlocutors that invading forces would be greeted as liberators. This worked, in part, because members of the Bush administration may have wanted to believe what they were being told, but their failure to adequately question the accuracy and motives of Iraqi exiles helped them justify the ill-fated invasion of Iraq.

In a key passage of the Discourses, Machiavelli warned leaders against using an inadequate number of forces in a situation that puts the state at risk; in another, he recommended the use of massive, overwhelming force to ensure that wars are short. The long durations and failures of both wars may be, at least in part, a testament to the relatively small numbers of forces conducting each at any given time.

The scale of the U.S. invasion of Iraq was deliberately limited at the outset, despite the protests of then Army Chief of Staff Eric Shinseki that many more personnel were needed, and despite Secretary of State Colin Powell's doctrine not to go to war without overwhelming force. The improvised invasion of Afghanistan was unavoidably small at the beginning but was not scaled up to reflect the vast, challenging terrain and a substantial population that had to be secured. Even at the peak of U.S. strength in both countries, there was roughly one American for every 200 Iraqis and one for every 300 Afghans, too few to counter their respective insurgencies, even with allied help.

Machiavelli also described the challenges of creating a free state in a place that has long been steeped in corruption and the need to install a strong central government to counter that culture of corruption. Separately, he advised that when reforming a state, at least some of the trappings of the prior government should be retained to make the reforms more palatable. The decision to rapidly dissolve Iraqi government entities in the immediate aftermath of the U.S. invasion ran counter to both of these points: It angered those who had lost their jobs and made reconstitution of a new Iraqi government—let alone a strong one—far harder than it needed to be.

Like Sun Tzu, Machiavelli enjoined commanders to acquire a detailed knowledge of geography, together with an understanding of how it influences military operations. The nature of Afghanistan's military geography may have been underappreciated by the U.S. political leaders who declared victory in late 2001. They had apparently overlooked the long history of nations thinking that they had conquered Afghanistan, only to find themselves defeated by its physical and human geography. The same rugged mountains and fiercely independent communities that had defied Alexander the Great, Victorian Britain, the Soviet Union, and many other invaders remained intractable to U.S. and allied forces. The complexity of Iraq's human geography also may have eluded leaders at multiple levels, being caricatured as a simple divide among Sunni Arabs, Shia Arabs, and Sunni Kurds. The tribal, factional, and ideological divides within these communities and the existence and vulnerability of numerous smaller minorities were largely ignored.

The United States is not the first to encounter many of the issues that it faced in the Afghanistan and Iraq wars. Machiavelli's Discourses are replete with examples of similar situations, from ancient times through the Renaissance. His analysis and the lessons he derived from these examples remain pertinent to warfare and statecraft in the 21st century. As the United States strives to learn lessons from its recent wars, it may be valuable to contextualize these conflicts as part of recurring patterns of human affairs. Studying Machiavelli and others who have thought deeply about history might help the United States avoid future calamities by imbibing insights from its own experiences and the wider historical pageant.

This commentary originally appeared on RealClearDefense on August 7, 2021. Commentary gives RAND researchers a platform to convey insights based on their professional expertise and often on their peer-reviewed research and analysis.