China Is Organizing the VR Industry. The United States Could Do the Same 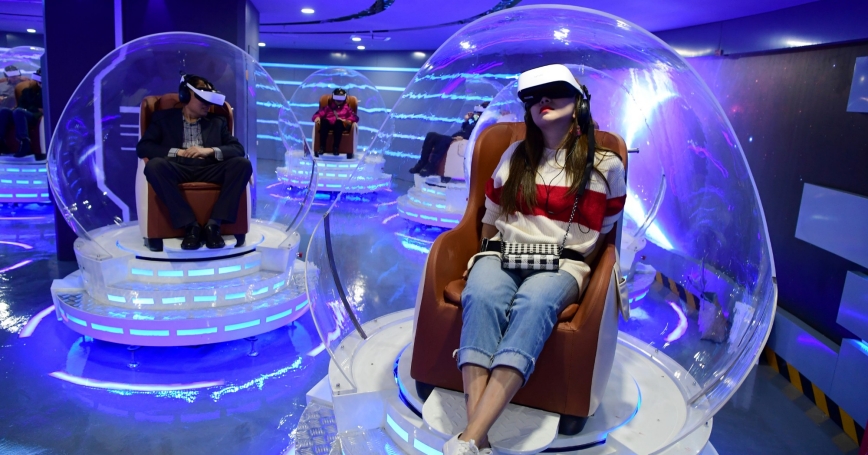 by Will Shumate and Timothy Marler

The United States may have unrealized opportunities to accelerate broad benefits from virtual reality (VR) technology. Especially when viewed through the lens of international competition, U.S. efforts to organize and stimulate the VR industry have been relatively small. Moreover, the lack of concentrated support and attention could risk enabling various threats from competing nations.

Although VR has been used extensively in the entertainment industry, it has a broad array of potential applications that span various economic sectors, with relevance to public and national security interests. These applications include law-enforcement training, empathy training, military situation awareness, health treatment, data analysis, counterterrorism (PDF), travel, and cultural awareness. VR is not only entertaining people; it is ultimately helping save lives. But, as evidenced by relatively low adoption rates, the industry has not yet reached its potential. One reason for this lack of more pervasive use is that many consumers are unfamiliar with the technology and uninformed about the utility it provides outside of the entertainment industry.

The deficiency in stimulating the VR industry is compounded by significant and increasing competition from China. Chinese President Xi Jinping has expressed significant appreciation for the value of VR, noting that “new technologies such as artificial intelligence and virtual reality are developing by leaps and bounds” and that “the combination of the virtual economy and the real economy will bring revolutionary changes to our way of work and way of life.”

The fact that China views VR as a central and significant technology should turn heads in the United States. Americans could easily look to the past to see an example of why it would be a mistake not to foster growth with this technology.

In the late 1990s and the 2000s, analysts missed the fact that the fundamental underpinnings of the technology platforms of companies such as Facebook and Google had the ability to extend past applications limited to entertainment and mild utility, and dramatically reshape the world. Facebook debuted as a somewhat unimportant platform exclusively for college students. As the company began to surpass its competitors, most policy analysts and investors initially ignored it. For all intents and purposes, social media seemed like an entertainment issue that was insignificant outside of the investment paradigm. Google was similar in this regard. People were certainly interested in how Google was growing financially, but there was minimal concern about its potential impact on social structures and policy…

William Shumate is an assistant policy researcher at the nonprofit, nonpartisan RAND Corporation. Tim Marler is a senior research engineer at RAND and a professor at the Pardee RAND Graduate School.

This commentary originally appeared on The National Interest on August 22, 2021. Commentary gives RAND researchers a platform to convey insights based on their professional expertise and often on their peer-reviewed research and analysis.