Commercialisation and Open Science Do Not Have to Be Uneasy Bedfellows 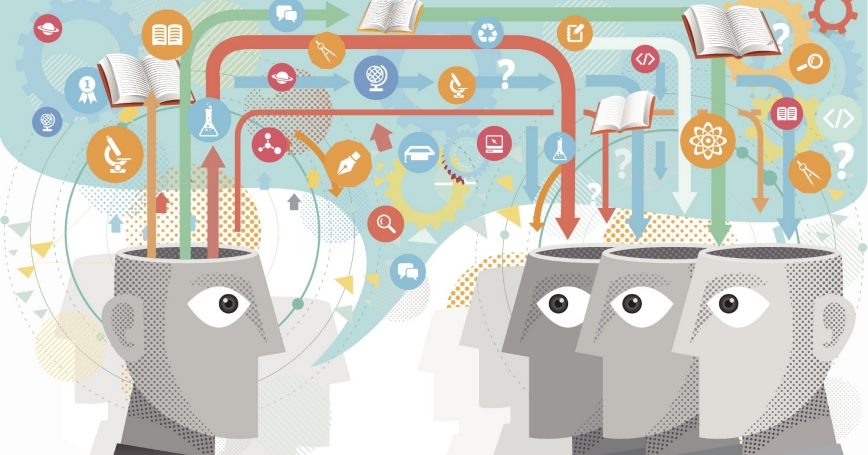 Scientific research and innovation can clearly have a substantial impact on society. However, the different ways to achieve impact are diverse and are often characterised as being in tension with one another.

RAND Europe's review of the Wellcome Sanger Institute (WSI), the Wellcome Genome Campus and four similar organisations working in genetics and genomics research showcased the various approaches that organisations can employ to have societal impact. Two of these could be said to be on opposite ends of the spectrum: commercialisation and open science.

A commercialisation approach to impact may, for example, grant exclusive intellectual property (IP) licences to private companies who take forward research and innovation on a for-profit basis. This can often lead to wider societal impact as new products, technologies, and ideas are brought to market.

On the surface, the tension between commercialisation and open science is not illusory, as it is true that research institutes cannot openly share data while simultaneously providing exclusive IP licensing to private companies. However, commercialisation and open science approaches are not irreconcilable—they can exist in harmony and complement one another to generate greater impact from investments in research and innovation.

Commercialisation and open science approaches can exist in harmony and complement one another to generate greater impact from investments in research and innovation.

Open Targets is one such example and was used as a case study in our review. This public/private partnership aims to engage for-profit industrial actors in a precompetitive consortia where partners have access to prepublication data but there is a commitment to long-term public release of all data openly as a way to generate societal impact.

Founded in 2014, Open Targets harnesses the skills and capabilities of each partner organisation, with WSI contributing knowledge in areas such as genomics and CRISPR screens, the European Bioinformatics Institute sharing expertise in informatics, and pharmaceutical partners offering knowledge of drug development.

The shared goal is to conduct precompetitive drug discovery research using big data from genomic and drug target studies. Each partner organisation within Open Targets contributes to a common fund and provides in-kind contributions such as dedicated staff, facilities, and access to platforms and databases.

The partnership conducts its own research in key areas, generates data which is made public, integrates data in the public domain, and provides several free databases and tools to aid in genomic research and drug discovery. These open resources make it possible for those without deep knowledge in bioinformatics to identify promising drug targets. Private partners gain early access to data before it is made public and gain value by being able to shape the priorities of Open Targets. They are also supported to integrate their own proprietary data into databases to use for their own research and development purposes.

Each partner organisation has also benefited from being part of Open Targets. For example, working closely with the private sector has enabled WSI to learn from these partners and broaden its approach to translational research—i.e. taking research from the lab into the real world—and private partners have benefited from deep expertise in genomics and bioinformatics. Crucially, WSI has harnessed these capabilities without compromising its mission of “maximis(ing) the societal benefit of knowledge obtained from genome sequences (PDF).”

There are several key areas where this model of 'smart openness' has helped facilitate societal impact. The consortium has been able to suggest potential uses of existing drugs made for other diseases to treat 14 rare diseases. Open Targets has also helped to identify and prioritise drug targets for cancer, Type 2 diabetes, and Alzheimer's disease, as well as advancing understanding of T-cell states and responses to immune diseases and inflammation.

In standard drug discovery, pharmaceutical companies often work in competition and tend to work with their own, exclusive datasets. As a result, duplication can occur, where companies pursue overlapping, yet unfruitful, research avenues. In Open Targets, this is avoided by making early drug discovery research freely available, and by having private partners work collaboratively in the early stage of drug discovery. By publishing information on unpromising targets, these can quickly be identified and ignored.

Within Open Targets, this model has the potential to benefit each partner organisation and, perhaps more importantly, has already produced valuable tools for research and innovation in genomics and drug development, which may continue to benefit society. For organisations weighing the pros and cons of commercialisation and open science, this hybrid model of 'smart openness' could be a potential way to maximise societal impact.

Hamish Evans is a research assistant and Sarah Parkinson is an analyst at RAND Europe. Sue Guthrie is the research group director of science and emerging technology at RAND Europe.

A version of this commentary originally appeared on Research Professional News on August 5, 2021.