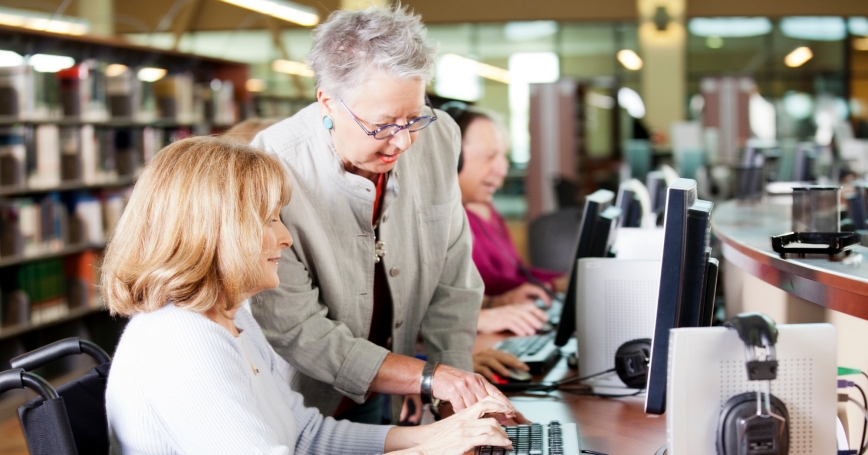 An unanticipated side effect of the otherwise positive trend toward long-term increases in lifespans is America's retirement crisis—people saving too little even as retirement periods are increasing.

Americans have therefore gained something elusive and amazing: time. They get to live longer, rethink how they live and work, do and be more. However, this extension in lifespans comes with repercussions many may not be prepared for. As a society, the United States has grown used to the idea of retiring at the official retirement age for Social Security of 65. But by 2050, one in six people in the world are projected (PDF) to be 65 or older, with the United States already at that level.

America's social systems are already creaking and groaning under the pressure. The increase in the official retirement age, now close to 67, has not been commensurate with life expectancy increases. America's Social Security and Medicare Board of Trustees has stated (PDF) that its ability to pay full benefits on a timely basis will only last until 2037, when the trust fund reserves are projected to be exhausted.

The increase in the official retirement age, now close to 67, has not been commensurate with life expectancy increases.

Since Social Security is the main retirement vehicle for most Americans, this has led to a retirement crisis, and other means of savings simply cannot come to the rescue, especially for the society's most vulnerable. In fact, 20 percent of American adults have nothing saved, and less than 40 percent can meet an unexpected expense of $1,000. As dire as the problem is, it is not without possible solutions: strengthening Social Security and other existing retirement accounts, improving financial literacy, and fostering better saving behavior.

These are familiar and sound suggestions, but we are intrigued by another possibility: a cognitive reframing of the aging and retirement process itself, which would allow us to think out of our current frame of reference to see the issue in a new way. Such reframing is now being applied to a variety of contexts.

In some ways, this reframing is a return to a time when older generations were revered enough to honor their wishes and respect them. Even today, filial piety—respect for parents and elders—is common in many societies where it has deep roots. However, too many Americans have started seeing the aged as a burden on social and economic systems.

This thinking may need to be challenged and reframed to view the aging population not as a burden but as talent treasures with deep wells of knowledge and experience, who need not be pushed out of the working world and relegated to communities where they could end up spending over 30 years in forced leisure.

This altered thinking could also help oust the age discrimination implicit in the workplace, when there are people well into their 80s and 90s who are still sharp, active, and able to contribute meaningfully to society. While they could be considered for open executive positions if they are qualified, healthy, and want to work, in a world in which working and being retired are viewed less as binary options and more along a continuum, many possibilities abound even outside the traditional corporate sector.

The gig economy could be embraced, and leveraged to help ensure seniors have opportunities for continuous and truly lifelong learning.

It is not hard to imagine the lifelong construction worker creating a handyman service to fill an important community need, the tax accountant working with a local accounting firm during tax season, the licensed electrician teaching part time in the local community college, the physician filling scheduling gaps in the local clinic, and so on. RAND's American Working Conditions survey finds retirement is a fluid concept and many retirees would consider returning to the workforce if conditions were right and they could set their own pace.

This would require a change in the way work is delivered. The gig economy, which has been transformed by COVID-19, could be embraced, and leveraged to help ensure seniors have opportunities for continuous and truly lifelong learning. These “retirees” would have the flexibility to work at a level of their choosing and be compensated according to their efforts and expertise. Since these workers would receive health care from Medicare, they would also cost companies less.

Matching of talent to jobs would also be important. For instance, highly educated older workers are often employed as greeters in big-box stores, and this might be a great fit for someone whose gift is hospitality. But for the former high school teachers it might be better to use their experience and patience to teach at-risk and vulnerable youth.

With reframed views that appreciate and honor seniors as rich treasures, they may not only be willing but eager to continue to contribute to the economy and society, showing retirement and the associated crisis for the artificial constructs they appear to be.

Bonnie Hagemann is the CEO of EDA Inc., a human capital firm with premium technology, c-suite executive development, and research. Krishna B. Kumar directs international research at the nonprofit, nonpartisan RAND Corporation and the Pardee Initiative for Global Human Progress at the Pardee RAND Graduate School. Andrew Hoehn is senior vice president of research and analysis at RAND.

This commentary originally appeared on MarketWatch on August 6, 2021. Commentary gives RAND researchers a platform to convey insights based on their professional expertise and often on their peer-reviewed research and analysis.