When a Free Trial Is Anything But 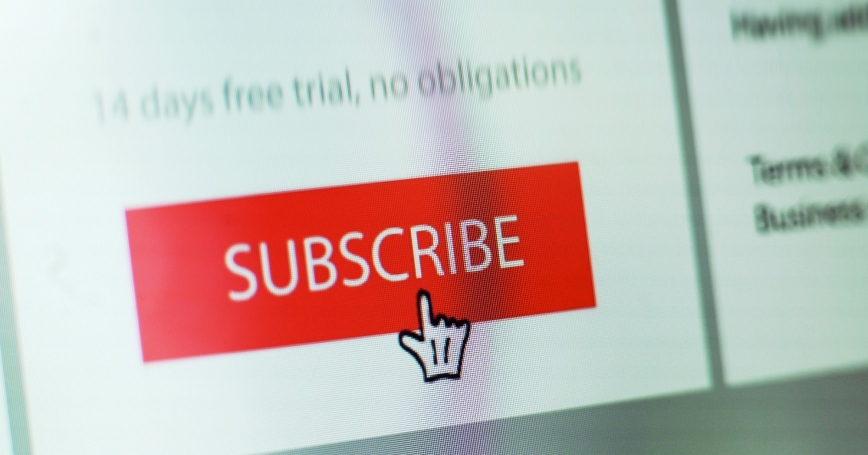 It may sound like a great deal: a free trial for the new app, streaming service, or website you've been wanting to try. Or that face cream, or weight loss or bodybuilding supplement. But there's a catch. You have to give the company your credit card information, and after the first month you are automatically signed up for a subscription.

If you're anything like me, you'll say to yourself, “Of course I'll remember to cancel before I have to start paying!” Then, if you're anything like me, you'll forget to cancel before the first bill lands in your inbox. In fact, last year, I paid for my in-flight WiFi subscription for months after it became clear that I wasn't going anywhere due to the COVID-19 pandemic. While some companies may genuinely want to give you a chance to try out their product or service, many are counting on the fact that you won't remember to cancel.

Subscription models, or subscription traps as they are sometimes called, often prey on people's good intentions. These companies hope consumers won't notice that they are signing up for a subscription to follow the teaser free trial, and they hope that those who do realize they are signing up for a subscription won't remember to cancel. Some bad actors make it difficult to cancel: I spent a half hour on the phone with a local newspaper that kept trying to give me better offers to stay a subscriber, despite the fact that I kept saying there was no way I wanted to stay a subscriber. The worst actors make it nearly impossible to cancel: Some companies require you to call to cancel and then never answer their phone.

Subscription models, or subscription traps as they are sometimes called, often prey on people's good intentions.

Several years ago, my colleagues at RAND and I studied how we could address these problems. First, we focused on the problem of inattention with an experiment in which we showed people different websites for subscription products that differed in terms of how obvious we made it that people were signing up for subscriptions. Sometimes that was only in the very small print (which is the industry standard) and sometimes we wrote it as big as the name of the product. Even with the large font, more than half of the people in our experiment didn't realize that they were looking at a subscription product.

Second, we considered the problem of good intentions. We found that people were likely overconfident about their ability to remember to cancel trials on time. For example, even with reminder emails from the company, I still kept forgetting to cancel my inflight WiFi contract, because I didn't do it right away when the emails came in. Some companies are capitalizing on this problem in a different way: Helping you cancel recurring bills on your credit card is their business model.

We also considered requirements that companies make it easier to cancel these types of subscriptions. While this sounds promising in theory, companies might work around these requirements. For example, many of the worst actors are offshore companies, meaning that they are located outside of the country they are marketing to, which helps them skirt the consumer protection laws.

Still, both my research and personal experience show that sometimes these steps are insufficient to protect consumers from the companies most determined to keep consumers subscribed. To address these cases, it may be desirable to allow consumers to turn to their own credit or debit card companies and have them stop payment.

Katherine Carman is a senior economist at the nonprofit, nonpartisan RAND Corporation, director of RAND's Center for Financial and Economic Decision Making, and a professor at the Pardee RAND Graduate School.