Which Kremlin Can Investors Expect? 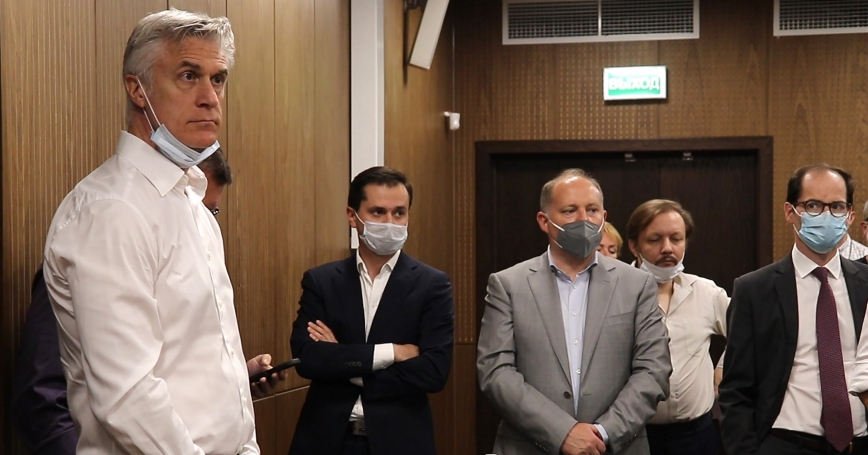 The stunning conviction in a Moscow court of respected U.S. investment banker Michael Calvey for alleged embezzlement underlines risks to investors in Russia. It also heightens doubts about the extent to which improving Russia's capital-starved economy is a Kremlin priority.

In 2019, Calvey was arrested over a commercial dispute with a Kremlin-linked banker. Shortly afterward President Vladimir Putin spoke of the need to protect investors, but to no evident effect in the Calvey case.

On August 6, the court gave Calvey a 5.5-year suspended sentence. Presidential Ombudsman for Entrepreneurs' Rights Boris Titov called the punishment “an attempt by law enforcement officers to save face.”

The Calvey case suggests the Kremlin remains of two minds about foreign economic ties. The prolonged negotiation (18 years) to join the World Trade Organization seemed to reflect Kremlin ambivalence. On the other hand, Putin goes all out to boost the annual Saint Petersburg International Economic Forum. In 2019, Chinese President Xi Jinping spoke.

Kremlin doubts may also reflect a debate about the priority of economic development.

Some Kremlin policies sacrifice the economy for statist goals and economic autonomy.

Some Kremlin policies sacrifice the economy for statist goals and economic autonomy. A Kremlin ban on importing many Western food products forces consumers to pay higher prices, one reason why living standards have declined. In June and July, the Kremlin ordered major telecom firms to practice disconnecting Russia from the global internet. This show of “internet sovereignty” is odd for a government that seeks to spur digital technology.

Security and political ambitions can burden the economy. Crimea and the war in eastern Ukraine are financial drains, and sanctions may have reduced Russia's economic growth by over 2 percent per year. Weighed down by political risks, Russia may have the most under-valued stock market among emerging economies. Long after the Cold War, Russia spends vast sums on modernizing its nuclear forces. A costly new cosmodrome in Russia's Far East duplicates Baikonur in Kazakhstan.

These factors may give investors pause, and the Calvey case reinforces it.

Or will a Kremlin more resistant to reform prevail, one which resists IMF advice to “tackle structural bottlenecks” by strengthening “weak infrastructure, and improving the business environment, governance, and rule of law”?

Should investors expect a Kremlin which “catalyzes the private sector” to carry out the Kremlin's long-delayed national projects? Or a Kremlin which uses the projects to “expand the footprint” of the state and reward cronies? Two years ago, the IMF said Russia's consolidated public sector accounted for nearly 70 percent (PDF) of GDP.

Investors are also attentive to the overall climate for foreign investment. A 2021 U.S. Department of State report said investors had “little recourse in legal disputes with the government.” Russia has a history of “indirectly expropriating companies” through informal means, often related to domestic political disputes. Foreign companies were sometimes “pressured into selling” assets at below-market prices. As well, corruption deters foreign investment. Russia languishes in the bottom third of countries in Transparency International's Corruption Perceptions Index.

Beyond improving economic fundamentals and the business climate, the Kremlin could enhance dialogue to help reassure investors.

Beyond improving economic fundamentals and the business climate, the Kremlin could enhance dialogue to help reassure investors. At the 2018 Helsinki summit, Putin said he and President Trump agreed to “create a high-level working group that would bring together captains of Russian and American business.” The Calvey case may have hindered this initiative. A dialogue could yield more benefit if accompanied by deeper economic and rule-of-law reforms.

Investors should not overlook Russia's potential advantages. One is that from 2006 to 2019, Russia rose from 83rd to 43rd (PDF) in the World Economic Forum's Competitiveness Index. Another advantage is openness to portfolio investment and lack of barriers to remitting returns abroad.

A Kremlin that backs sound macroeconomic policy and a strong private sector could hearten investors. A Kremlin that pursues statist economics and security at all costs could discourage them. Which Kremlin should investors expect?

William Courtney is an adjunct senior fellow at the nonprofit, nonpartisan RAND Corporation and a former U.S. corporate executive and ambassador to Kazakhstan and Georgia.

This commentary originally appeared on The Hill on August 12, 2021. Commentary gives RAND researchers a platform to convey insights based on their professional expertise and often on their peer-reviewed research and analysis.