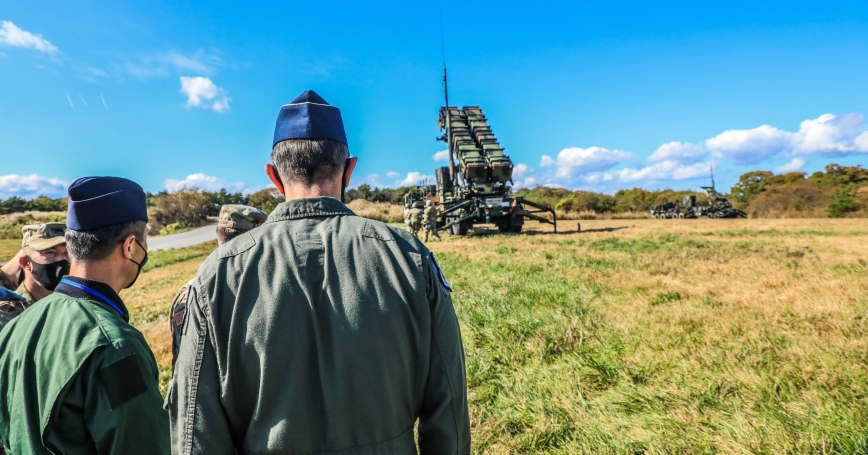 In late August 2017, millions of people in northern Japan got a startling, early morning text message. “Missile alert,” it read, before telling people to take cover. North Korea had launched a ballistic missile, which flew over Japan's northern island of Hokkaido before landing in the sea. Two weeks later, North Korea fired another missile through Japanese airspace. Pyongyang's provocations are not the only ones that have been making Japanese policymakers anxious. Although China has been active in the waters and airspace near Japanese territory for a long time, over the last several years, the level and types of activity have increased. In the air, for example, Japanese fighters are scrambling almost twice per day in response to Chinese military aircraft entering Japan's Air Defense Identification Zone.

In light of the current security environment, many Japanese decisionmakers have been looking for ways to bolster deterrence using their country's own defense capabilities. One option, although still in the realm of the theoretical, includes the acquisition of ground-launched land-attack missiles. Japanese policymakers eschew the terms “long-range strike” and “offensive strike.” Instead, they describe such missile capabilities using terms like “deterrence” or “self-defense,” an approach that dates back to the 1950s when the Ichiro Hatoyama administration said the spirit of the constitution did not mean the government had to “sit and wait to die” in the event of a missile attack. Although the Hatoyama administration did not specifically refer to missile capabilities, the statement has been recognized as providing a legal basis for the acquisition of capabilities to strike foreign bases. While the debate (PDF) among Japanese policymakers over whether the country should acquire ground-attack missiles never completely disappeared over the subsequent years, it focused largely on the legal considerations related to possession of such weapons.…

This commentary originally appeared on War on the Rocks on September 9, 2021. Commentary gives RAND researchers a platform to convey insights based on their professional expertise and often on their peer-reviewed research and analysis.