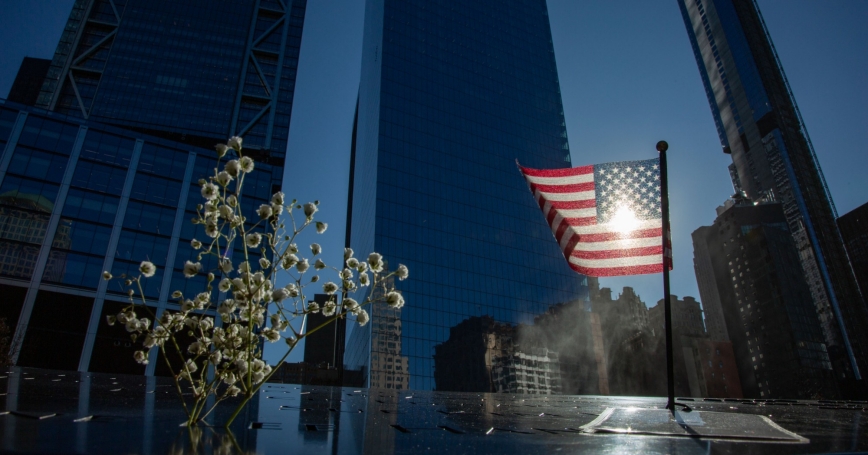 Something was strange about my drill instructor walking into the barracks with a boombox. It was Sept. 11, 2001. I was getting ready to graduate from boot camp at Marine Corps Recruit Depot San Diego.

“Terrorists flew planes into the World Trade Center in New York. You're going to war.”

The drill instructor placed the boombox down and turned on KPBS (not what I expected from him). We listened raptly to the nonstop coverage and felt the deafening silence of the grounded planes at Lindbergh Field next door. That Friday, we marched in our graduation parade before empty bleachers and into the inevitable war. I felt the world was like a symphony about to reach a crashing crescendo.

For the next 10 years, I deployed with clockwork regularity. Iraq. A tour at sea with a Marine Expeditionary Unit. Iraq again.

The period from 2005 to 2007 was especially trying. Friends died in the brutal fights for Ramadi, Fallujah, Husaybah. Others came back grievously wounded. Still in my early 20s, I felt I was going to deploy again and again until the odds caught up with me in a flash of burning light. My world still felt like it was about to reach that symphonic crescendo I felt after 9/11, but I made an uneasy peace with it.

Anticipating death was just a condition of living.

Anticipating death was just a condition of living.

More years passed. I was ordered to Washington, D.C., for a quiet staff job. I married and left the Marines. My wife and I moved to Los Angeles, where the memory of 9/11 and the war that followed didn't seem to touch anything.

We started a family and my abiding concern today is how I'm going to get off work to drive my son to baseball practice every week.

The crashing crescendo of death in uniform never came and now I must concentrate to remember 9/11. Was that moment just a blip in our history, like Shay's Rebellion or the War of 1812?

For some Americans, 9/11 and all that followed will be painfully present forever. I am still shaken by the raw howl of grief I heard from a father visiting his son's grave in Section 60 of Arlington National Cemetery, where the dead of Iraq and Afghanistan are laid to rest. I imagine that father's sorrow will be like what Korean War veteran and journalist James Brady recalled about a letter he received from a sister of his fellow Marine, James “Wild Hoss” Callan. “Our lives, after the shock and incredulity of his death, were forever changed…our brother's body returned, flag-draped, and the tears have been flowing ever since.” Callan was killed in 1951; his sister wrote Brady in 2001.

For me, 9/11 will not be searingly present, but will be the quiet undercurrent in my life. My wife observed that I tend to raise my hand for things out of some undefined sense of repayment for escaping war unscathed. Serving on a nonprofit preschool board. Being a room parent for my son's first-grade class. Stopping by our elderly neighbor's house to chat because her cat had died the week before.

I never thought about it like that, but she is right.

Others can debate about how America remembers or forgets 9/11. For me, the guilt I carry, waiting for the symphonic crescendo to crash down on me, continues to drive me forward to help others.

I hope I never stop.

Jonathan Wong is a policy researcher at the nonprofit, nonpartisan RAND Corporation, a former Marine infantryman, and security fellow at the Truman National Security Project.

This commentary originally appeared on San Diego Union-Tribune on September 10, 2021. Commentary gives RAND researchers a platform to convey insights based on their professional expertise and often on their peer-reviewed research and analysis.