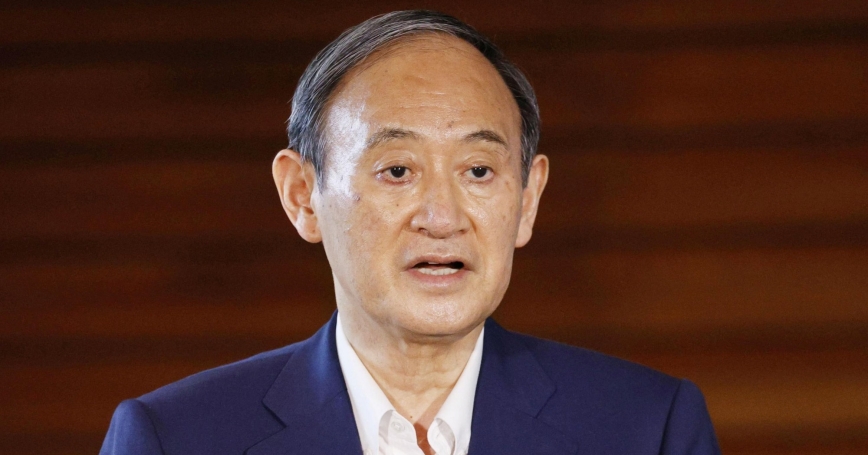 Regardless of what you think about his policy achievements, for eight years, Shinzo Abe provided Japan with predictable leadership and a confident regional presence at a time of rising security challenges.

But with the ruling Liberal Democratic Party set to elect a new leader to replace Abe's successor, Yoshihide Suga, who barely lasted 12 months as premier, there is a question of whether this portends a return to the post–Cold War norm of revolving-door prime ministers.

If it does, an important question is what this might mean for the U.S.-Japan alliance and Japan's foreign and security policies.

Consider first the ability of a prime minister to strengthen the U.S.-Japan alliance. While it is unfair to paint Suga as uninterested in the alliance, it is difficult to identify any significant security policy or alliance initiative during his administration apart from making more explicit public connections between Taiwan and Japan's security. This is perhaps even more than many of his short-term predecessors, who rarely took any significant actions during their terms.

Much of Abe's success relied on the growing domestic agreement on the need to respond to new security challenges, and the length of his tenure enabled him to make critical changes. For example, Abe passed security legislation that made collective self-defense legal, successfully pushed for new defense capabilities like standoff missiles, and revised the U.S.-Japan defense guidelines to incorporate new roles and missions.

Success took time, with longevity positioning Abe to build the political capital, coalitions, and bureaucratic consensus to lean forward in new areas. Short-lived administrations, by contrast, have tended to focus on domestic political exigencies while relying on bureaucratic inertia for less controversial policies.

The result is usually more of the same, rather than new ideas or initiatives. The one possible exception is Ryutaro Hashimoto. During two short years from 1996 to 1998, his government reached an agreement on Futenma, the U.S. Marine Corps military base in Okinawa, and a revision of U.S.-Japan guidelines.

Having revolving prime ministers also tends to minimize Japan's ability to operate as a strategic player. Long-serving prime ministers tend to build global visibility, with leaders like Junichiro Koizumi and Abe becoming the global face of Japan. The longer the tenure, the greater the confidence in exercising a broader set of foreign policy tools.

Koizumi was an active supporter of the coalition of the willing and deployed the Self-Defense Forces to operations in Iraq and Afghanistan. Abe developed a strategic vision for Japan's role in the world with the free and open Indo-Pacific concept and provided the ideational sinews for today's Quadrilateral Security Dialogue, or Quad, with the United States, India, and Australia.

It is hard to think of similar accomplishments by shorter-termed contemporaries. Toshiki Kaifu could not dispatch the Self-Defense Forces to Iraq during the Gulf War. Taro Aso's idea for an arc of freedom and prosperity went nowhere. So did Yukio Hatoyama's sea of fraternity.

And does anyone remember Yasuo Fukuda's vision for Asia that relied on making the Pacific Ocean an inland sea? It is not that these leaders lacked vision, but for myriad reasons, their tenure was cut short, often because they lost whatever popular support they had enjoyed.

Short-tenured leaders end up spending more time politicking to maintain their political base than building the necessary coalitions to push new initiatives.

Without the luxury of time, they were unable to bring their visions to fruition. More often than not, short-tenured leaders end up spending more time politicking to maintain their political base than building the necessary coalitions—both domestic and international—to push new initiatives. The world benefits from Japan's contributions, so a return to rotating leaders could prove costly.

One of the earliest signals of this commitment was Joe Biden welcoming Suga as the first foreign dignitary to the White House, followed by Japan being the first foreign destination for official travel by Secretary of State Antony Blinken, Defense Secretary Lloyd Austin, and the U.S. Indo-Pacific commander, Adm. John Aquilino.

These visits demonstrated the centrality Japan plays in U.S. strategy. Washington benefits from a politically stable partner. Abe's tenure allowed him to not just visit a historic 80 countries for a total of 176 distinct visits, but he leveraged these visits to build strategic relationships to push against China in legal, diplomatic, and conceptual ways.

Without long-term political stability, many of these initiatives may drop as policy priorities for Japan's leaders, making America's job harder.

He also actively pursued security cooperation activities with regional states and sought to augment these by deeper and more varied military-military engagements and exercises—both regional and extra-regional. All of this helps the United States broaden the pool of support that smaller countries can draw on and reach partners that may not have strong relationships with Washington.

Without long-term political stability, many of these initiatives may drop as policy priorities for Japan's leaders, making America's job harder.

We do not know if Suga's resignation is the start of more revolving-door prime ministers or an aberration amid long-tenured ones. History suggests it could be the former. If so, the implications for Japan's security and foreign policies, and the U.S.-Japan alliance, could be significant.

Jeffrey Hornung is a senior political scientist at the nonprofit, nonpartisan RAND Corporation.

This commentary originally appeared on Nikkei Asia on September 22, 2021. Commentary gives RAND researchers a platform to convey insights based on their professional expertise and often on their peer-reviewed research and analysis.