Institutions May Be Key to Countering Extremism in the Military 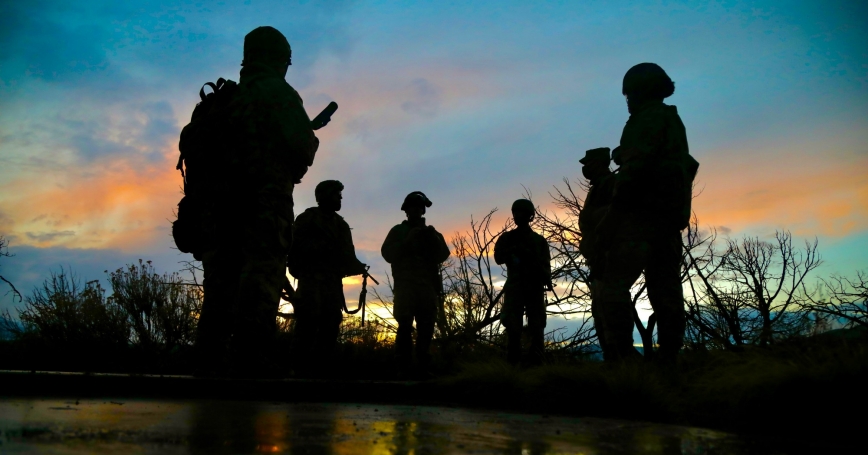 Now might be a great time to get into the extremist business.

The pandemic has laid bare a tangled pathology of inequality that was decades in the making. The last national election highlighted the deep political divides in this country. Thanks to social media, it's cheap for anyone with a laptop and internet connection to gin up the masses on their pet social issue of the day. Even America's foreign adversaries have joined the mix to undermine our democracy.

These broader social headwinds seem to have hit the military in recent years.

In response, my colleagues and I outlined a plan to combat extremism in the military. It focuses on prevention over law enforcement by leveraging existing support programs for those at risk of joining extremist groups.

This is a hard lift because no standard definition of extremism exists. And service members and their families do have the right to hold unpopular or unorthodox views. Currently, the military commanders do a lot of this heavy lifting.

We propose that existing military programs take some of this burden off of commanders. Chaplains, Family Readiness Groups, Military OneSource, Air Force Community Action Boards, and behavioral and military health professionals could all help prevent members' and their families' involvement with extremism.

Extremism is a symptom of broader social and political headwinds within civilian society.

This is not the military's first rodeo in confronting social conflict within the ranks. Back in 1971, racial tensions in civilian society spilled into the military with a race riot at Travis Air Force Base. Airmen got into fistfights with each other, a building on base was set on fire, and a civilian firefighter died.

Commanders had to ask for help from civilian police to regain command and control over their own installations—while we were still fighting a war in Vietnam.

In response, military leaders sought to bring down the temperature on these issues by institutionalizing programs like Equal Opportunity. Such efforts were designed to address problems earlier, rather than later, before they erupted into violence.

The past can serve as a lesson for today's military. Extremism is a symptom of broader social and political headwinds within civilian society. By using existing support programs, military leaders may be able to effectively confront these headwinds early and channel them in productive ways that ultimately preserve the effectiveness and readiness of the U.S. military.

Marek N. Posard is a military sociologist at the nonprofit, nonpartisan RAND Corporation and an affiliate faculty member at the Pardee RAND Graduate School.