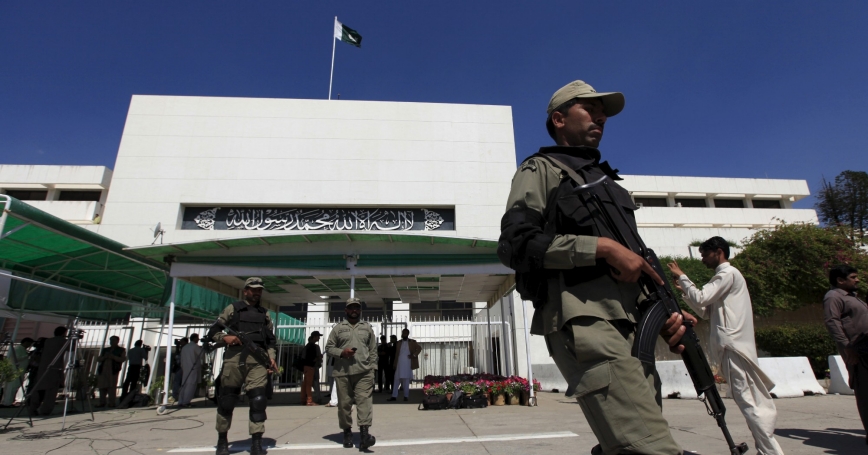 America's withdrawal and the Taliban's swift return to power in Afghanistan could be a primary force in shaping the trajectory of the continuing armed struggle with Pakistan's Taliban, which appears to have surged in the last two years. These new circumstances suggest it may be time for the government of Pakistan to consider whether or not to renew efforts aimed at reaching a political settlement. I make no claim to expertise on the current situation in Pakistan, but rather approach the issue from a different perspective based upon a history of negotiations with insurgent and terrorist groups. I defer to the better-informed readers of The Express Tribune to consider how these observations from afar may apply to local circumstances.

The prospect of renewed talks with the Tehreek-e-Taliban Pakistan—referred to as terrorists by some, insurgents by others—has aroused debate. Many governments dislike the term “insurgents” because it implies that they are a more serious threat to national security and imparts a degree of legitimacy. The term “terrorist” is a pejorative that indicates illegitimacy of means regardless of aims. For this reason, many see negotiations with terrorists as morally wrong.

The reality is that these two terms are not mutually exclusive. For some groups, like the Red Brigades in Italy, the Red Army Faction in Germany, or the Irish Republican Army in the United Kingdom, terrorist tactics—kidnappings, bombings, and other forms of violence directed primarily against noncombatants—were their stock in trade. Some terrorist campaigns grew into full-fledged insurgencies fielding guerrilla armies while some insurgent groups resorted to terrorist tactics to finance their operations or attract more attention.

Although they can be a diverse assortment pursuing different causes, terrorists/insurgents tend to share some common attributes, including a fanatic commitment to their beliefs.

No matter which term is used, negotiating with violent extremists is never easy. Although they can be a diverse assortment pursuing different causes, terrorists/insurgents tend to share some common attributes, including a fanatic commitment to their beliefs. And by taking up arms, they have rejected nonviolent means of pursuing their aims. They claim to have constituencies, but as self-appointed avatars, they are not obliged to bow to pressure from constituents to end the violence. Those motivated by religion-based ideologies believe they answer only to God and research shows that historically these groups have been more difficult to deal with. Terrorist and insurgent groups are assemblies of extremists—not disciplined entities—and compromise can imperil unity and leadership. A deal that a government reaches with one faction can propel that group's members toward other more-diehard factions determined to fight on.

Governments often become involved in negotiations with terrorists to reduce the level of violence, but they sometimes enter talks ill-prepared. Armed conflicts require strategies that military officials are comfortable dealing with. Negotiations, on the other hand, involve a more-disparate group of actors who face different pressures and have different aims.

Government negotiating teams can sometimes be ad hoc assemblies with uncertain hierarchies and without trained staffs. Unlike military or security officials who have devoted their lives to their professions, negotiating with terrorists is often unexplored territory where novices may be forced to learn on-the-job.

Terrorist campaigns and insurgencies are not easily brought to an end. Research shows that a typical insurgency lasts about 10 years with a six-year tail during which violence may gradually subside. But some insurgencies drag on for decades. A negotiated peace can be as elusive as military victory. Peace negotiations are often protracted, punctuated by bouts of increased violence, reflecting internal disputes, displays of strength, or attempts to derail the talks. Agreements often fail to hold. The history of negotiations with terrorist or insurgent adversaries often shows multiple rounds of failure.

Terrorist and insurgent groups are seldom monoliths; more often they are assemblages of formations and factions with fluid loyalties.

Endings can be messy with post-agreement violence common. Terrorist and insurgent groups are seldom monoliths; more often they are assemblages of formations and factions with fluid loyalties. Insurgent leaders cannot always deliver what they have promised and some fighters may refuse to lay down their arms.

Government negotiating strategies are further complicated when authorities are forced to anticipate predictable objections and manage public expectations. Once a government-negotiated deal is reached, it may be rejected by the public as too generous to the insurgents as Colombians did in a 2016 referendum following four years of negotiations. When that happens, progress toward peace can be lost.

A post-agreement period may also see an increase in brigandage and organized crime as former fighters are unable to find or unwilling to accept peacetime employment. Ransoms, extortion, and other criminal operations employed to finance the armed struggle may continue as private enterprises.

Entering into negotiations with terrorist or insurgent groups is only the beginning of what is often a protracted and tortured process, rife with challenges and the potential for missteps, bad faith, and failure. And even when they succeed, negotiated settlements can usher in whole new sets of challenges.

Brian Michael Jenkins is a senior adviser to the president of the nonprofit, nonpartisan RAND Corporation and author of numerous books, reports, and articles on terrorism-related topics

This commentary originally appeared on The Express Tribune on October 26, 2021. Commentary gives RAND researchers a platform to convey insights based on their professional expertise and often on their peer-reviewed research and analysis.