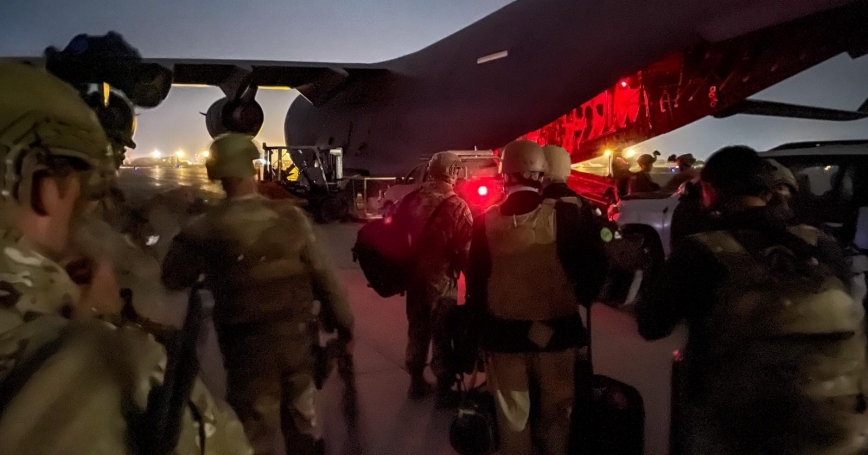 Photo by U.S. Army via Reuters

A distinguished panel of Middle East and national security experts expressed concerns about potential side effects of the U.S. withdrawal from Afghanistan on U.S. Middle East policy and encouraged the Biden administration to proactively engage allies in the future.

Robinson noted that the Biden Administration pledged to use diplomacy as its “tool of first resort” but said a fully-fledged Mideast strategy has yet to be articulated. The region presents both challenges in the form of ongoing conflicts and the threat of nuclear proliferation, she said, but also opportunities for multilateral diplomacy and regional partnerships to address them while relying less on the use of military instruments.

Crocker, who worked for three U.S. presidents as ambassador to Afghanistan, Iraq, Pakistan, Syria, Kuwait, and Lebanon, said the global perception of the withdrawal from Afghanistan as having been completed “without coordination with our allies” and constituting “a defeat of the United States by the Taliban” brought “15 minutes of high-fiving” in the capitals of Pakistan and Iran.

But now, Crocker said, the potential negative repercussions for those and other countries are evident. He noted that the Pakistani Taliban aims for “liberation” of Pakistan and that this development in the sixth most-populous nation, with the seventh largest standing army as well as nuclear capabilities, could pose an “existential” crisis to the world.

Hagel said the United States did not heed the lessons of Vietnam in Afghanistan. “You don't impose democracies on a country that's never had a semblance of democracy,” he said.

In the future, particularly in the Middle East, U.S. adaptability and adjustability will be key, Hagel said, citing an alternative framework put forth by RAND, and coauthored by Robinson, earlier this year. “Biden's review of our national defense strategy is smart,” he said. “It's unfair to ask the military to do it all.”

Progress in the Middle East will hinge in large part on Iraq and Iran, the speakers said. “There's an opportunity to work with Iraq,” Crocker said, “but we can't lay out a set of conditions vis- à-vis their relationship with Iran.” He expressed optimism that Iraq could be “an element of stability” in the region rather than a problem.

Berman highlighted a few legislative efforts intended to nurture peace in the region, including the Nita M. Lowey Middle East Partnership for Peace, signed in December 2020, and the bipartisan Israel Normalization Act of 2021, which aims to build on the Abraham Accords, promote a two-state solution, and increase cooperation between Israel and its neighbors.

Berman asserted that the new Israeli government has prompted more U.S. bipartisanship in these peacebuilding efforts.

The event, held in person at RAND's Washington office and virtually, hosted donors, academic researchers, journalists, and members of the general public.