The Definition of Mobilisation 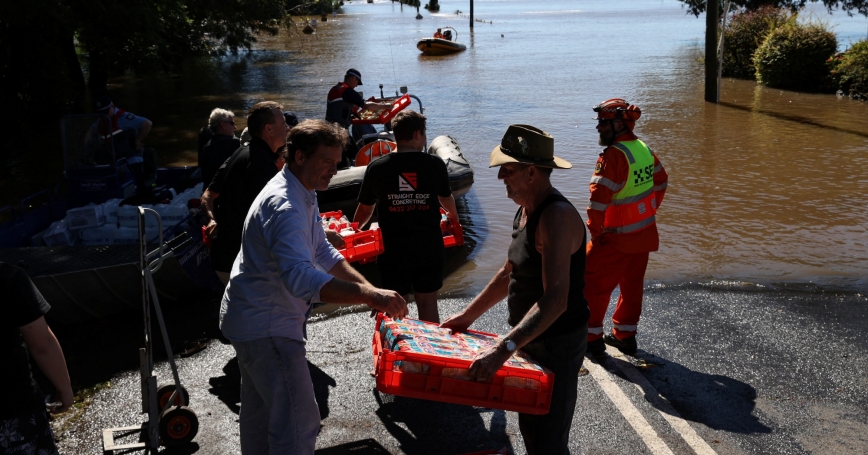 In Australia, the prevailing view of mobilisation is that it is an activity associated with going to war. In the event of an armed conflict, the nation mobilises to support the Australian Defence Force. Against recent events, including the 2019–20 bushfires and COVID-19 pandemic, the ADF has mobilised to support the nation. As the range of potential hazards now encompasses high-end warfighting, grey-zone conflict, terrorism, and organised crime, as well as domestic and offshore natural disasters, no single institution can sufficiently respond on its own.

Mobilisation should be redefined as occurring in response to all such events, drawing on all required and available elements from across the breadth of Australian society. But it must not be seen as just the response to a crisis; it should also include preparing for and, where possible, preventing such events, as well as supporting subsequent recovery efforts.

This raises the question of whether Australian citizens and institutions are psychologically, physically, and materially equipped for this role. Have we been fostering the kind of national resilience that enables us to feel ready, to know how to respond, to be able to survive and to rapidly recover? The answer is, in all likelihood, no.

The concept of national resilience seems to be gaining traction as we try to manage massive natural disasters and a global pandemic, and as we recognise that threats to our security often sit below the threshold of war. But do we, as a nation, understand what it really means to mobilise and that we must be prepared to do so for more than conventional war?

Australia's efforts to evolve its institutions and people towards this spectrum of challenges has tended to be piecemeal and narrow. Other nations have long been fostering a resilient citizenry as a self-evident defence imperative and a constituent part of their 'total defence' constructs. The idea that the strongest defence of a nation is when every aspect of society stays united for the protection of the country is commonplace in many nations, such as Sweden, Finland, Switzerland, and Singapore. Yet, in Australia, there's a tendency to default to the conventional course of preserving separate defence and civilian spheres in mobilisation planning, even as recent events have demonstrated the importance of a national approach to emergencies.

We need to proactively and strategically establish a new national security narrative built around resilience embedded within a whole-of-nation construct such as total defence. Initiatives that align with the total defence paradigm are underway. The government's 2020 cybersecurity strategy called for a whole-of-nation response to the increasing cyberattacks on Australia, and the Defence Department is developing its new concept of 'strategic mobilisation,' which aims to generate additional capability and capacity beyond the current scope and scale.

The military, civil, digital, economic, social, and psychological domains need to be understood as key elements in an overarching national resilience framework.

What's missing, however, is a more comprehensive and purposeful national mobilisation strategy that accounts for the links between the military, civil, digital, economic, social, and psychological domains. These domains should no longer be treated as separate and need to be understood as key elements in an overarching national resilience framework.

A national mobilisation strategy should acknowledge that, like resilience, mobilisation covers preparation, prevention, response, and recovery. It needs to identify who will oversee and coordinate mobilisation at a national level within a federated model, and it must foster a positive national narrative while also recognising community, state, and territory considerations. New types and levels of interaction between the federal government, the states and territories, local communities, and industry are required, as is effective coordination, messaging, and understanding in the assignment of roles and responsibilities. There must be a greater sense of shared purpose between civil society, government, Defence, and industry when planning for and delivering mobilisation efforts.

Without a strategic narrative on national resilience, and a coordinated national approach, we will not have the social infrastructure or the mutual obligation to mobilise in the national interest, to bring people together, and to create communities and institutions that can respond. We need to recognise, with urgency, that Australia must develop its own total defence construct, engaging across military, civil, digital, economic, social, and psychological dimensions and working across all societal levels—individual, community, regional, state, and national.

This commentary originally appeared on The Strategist on October 18, 2021. Commentary gives RAND researchers a platform to convey insights based on their professional expertise and often on their peer-reviewed research and analysis.