Married Moms Aren't Striking Workers, but They Are Saying the Same Thing 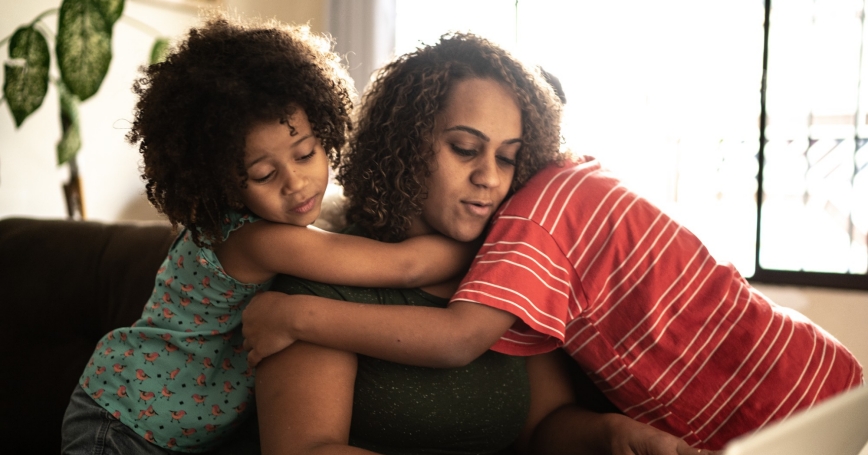 A labor shortage like the one the United States is experiencing invariably leads to some bad-mouthing of the workers still on the sidelines: They would rather be on unemployment. They don't have the right skills. They can't pass drug tests.

One group, however, escapes this opprobrium: married mothers. Few business owners or politicians would go on record calling married moms lazy for not eagerly accepting a job, especially one with no set schedule, time off, or benefits. Choosing not to work carries little societal judgment for these women. And, especially compared with single mothers, they are more likely to have the financial security of a working partner to enable that choice.

Today, however, millions of Americans appear to be choosing not to work. The labor force is 4.3 million people smaller than pre-pandemic. Millions more are quitting their jobs, looking for something better: A record 3 percent of the labor force resigned their jobs in August. And why not? On the last day of August, according to the Bureau of Labor Statistics, there were an incredible 10.4 million jobs open.

In this labor market context, the historic work choices of married mothers reveal a lot about what might lure people back into the workforce, especially when—even if they want the income—there are competing forces at play.

For instance, there's a long tradition of multilevel marketing (MLM) companies recruiting a sales force of women without full-time jobs, often mothers. Some of the largest MLM companies in the world are noted for products that are sold almost entirely by, and to, women.

Mary Kay touts its flexibility and the legacy of its founder, Mary Kay Ash, in “enriching women's lives.” Avon offers the chance to “make real money for your family.” And a highlighted testimony for Tupperware states, “I built this whole business around my son's napping schedule.”

In LuLaRich, the new documentary series, the cofounder of MLM clothing company LuLaRoe, Mark Stidham, openly admitted it targeted stay-at-home moms. Or to paraphrase Stidham: Wealth comes from identifying an underutilized resource, and in America that resource is mothers.

MLM positions offer income with flexibility. There's no office, no commute, no hours to clock in. The fact that that is so appealing to mothers says a lot about the failings in the labor market to support that type of work for everyone.

LuLaRoe, of course, was eventually brought to court and accused of operating a pyramid scheme, a suit that was settled in February. But before that happened the company employed more than 80,000 sellers—eight times the number of teachers in the Dallas Independent School District, or nearly twice the total number of people employed in the coal industry nationwide. That, again, reveals less a zeal for printed leggings and tunic tops, and more about the economic realities of American families. Even mothers who chose not to work still have a need or desire for more income.

There is a hole in the U.S. labor market; there aren't enough opportunities for part-time work outside of the low-paid portion of the service sector.

There is a hole in the U.S. labor market; there aren't enough opportunities for part-time work outside of the low-paid portion of the service sector. And this isn't an anecdotal conclusion from Amazon Prime documentaries or pink Cadillacs in the suburbs.

But a point that is often overlooked is that many of those countries have laws establishing the right to work part time and protecting part-time workers against discrimination. A worker in the United Kingdom, for example, who has worked with an employer for six months can make a formal request for flexible work, which covers reduced hours, different schedules, and working from home. Further, the worker is legally protected from unequal treatment in consideration of promotions or layoffs. And this wasn't a pandemic response; these flexibility laws are over two decades old. Germany, Austria, New Zealand, Canada, and other countries have similar statutes.

Both part-time access and part-time protection are associated with large jumps in women working. On average, 25 percent of women in other industrialized countries work part time, compared to about 13 percent in the United States.

Part-time work in those countries is also more likely to have some of the basic benefits that most positions in the United States lack: Only half of part-time workers in the private sector in the United States have any paid sick time or paid holidays, only 40 percent have any paid vacation, and just 11 percent have any paid family leave. The minimum wage in many of those countries is $3 to $5 higher than the U.S. federal minimum of $7.25 an hour, or the tipped minimum wage of $2.13.

Both part-time access and part-time protection are associated with large jumps in women working.

And many low-paid, part-time positions in the United States are associated with unpredictable scheduling, in which workers are required to keep a shift open and available, but do not have a guarantee of work, nor the right to advance notice of when or how long the shift will be. For moms trying to arrange for childcare, this has long been unworkable. The rest of the labor force may be coming to a similar conclusion.

If we are in the middle of a labor shortage, as many economists worry we are, recruiting people back into the labor force is key to sustaining a recovery.

One way to respond is not far off from what the founder of LuLaRoe concluded, if a little less problematic: Recognize that there is a large set of potential workers—mothers—whom the labor market is failing to recruit.

Another way to see it is that today millions of workers are echoing what some mothers have been telling us for decades: They want the paycheck, but higher-quality jobs, too. Mothers don't need to quit in droves or go on strike to evince the same conclusion: The working conditions of many jobs, especially part-time jobs, are not worth the pay.

Kathryn Edwards is an economist at the nonprofit, nonpartisan RAND Corporation and a professor at the Pardee RAND Graduate School.

This commentary originally appeared on Dallas Morning News on October 31, 2021. Commentary gives RAND researchers a platform to convey insights based on their professional expertise and often on their peer-reviewed research and analysis.