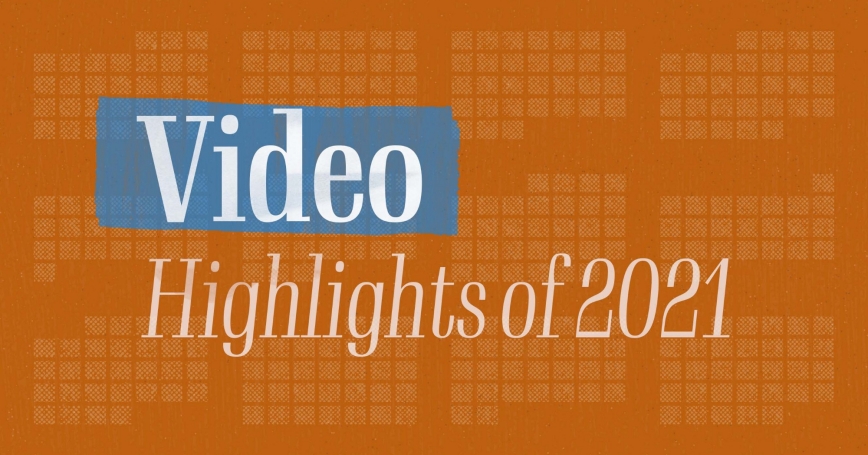 The best RAND videos from the past year brought our research to life in new ways.

From the sidewalks of Pittsburgh to preschools in the Middle East, see how people around the world are using RAND research to make their communities safer and more secure, healthier and more prosperous. And hear RAND experts describe how they're tackling some of the critical issues of our time.

Helping Pittsburgh Residents Shape the Future of Their Neighborhoods

For more than a decade, RAND's PHRESH project has been studying the way investments in two predominantly Black neighborhoods in Pittsburgh affect residents' diet, sleep, and health.

This series of videos features interviews with community leaders and residents on issues such as food insecurity during the pandemic and how a person's immediate surroundings can affect their well-being. Research shows that access to fresh foods, parks and green spaces, and community-centered improvements are associated with better health outcomes.

The key: involving community members. When residents are involved in the decisions that shape their neighborhoods, communities can become healthier and happier.

The Importance of Early Learning

Eighty-five percent of a child's brain develops in the first five years. How can parents give their children the best possible start?

Programs like preschool can help. But from a very early stage, engaging in simple daily activities such as singing, talking, and reading together can make a big difference, too.

This video—in English and Arabic—explores Middle Eastern parents' beliefs about early development. Hear from families and educators in Lebanon and Egypt who have experienced the positive effects of educational activities at home and in early childhood programs.

Their experiences are backed by research. In 2017, RAND experts reviewed more than 100 early childhood programs. They found that when such programs are high-quality, they can benefit kids and provide society with a return on its investment—on the order of $2 to $4 for every dollar spent.

Investigating the Connection Between Historic Lynchings and Present-Day Voting

Black Americans who live in counties in the South where a higher number of lynchings occurred from 1882 to 1930 have lower voter registration today. These findings, from a study by RAND economist Jhacova Williams, suggest that the violent racial animus that was directed against Black people decades ago still has profound effects.

“Lynchings were the original form of voter suppression” says Williams. “The legacy of that suppression is still evident today. The past affects people's behavior today even if they don't realize it.”

In this video, Williams discusses how the idea for her study came about—and why it's so important to identify the barriers that may prevent people from having their voices heard.

Violent Extremism in America: Can It Be Stopped?

But what factors lead people to join violent extremist organizations? And how can extremists become deradicalized? RAND's Ryan Brown, Todd Helmus, Rajeev Ramchand, Sarah Weilant, and colleagues interviewed former extremists and their friends and family members to understand what drew them into those groups, and how they got out.

The researchers found that heavy-handed attempts by formal institutions to deradicalize people often fail. And stigma around these groups can just push at-risk individuals further down the extremist path. So, what works? Several interviewees cited the experience of receiving an unexpected kindness or a helping hand during a difficult time by a member of the hated group.

In April 2020, RAND published a study and interactive tool to help U.S. hospitals prepare for a surge of patients critically ill with COVID-19. The authors developed a way for hospitals to get the most out of their “space, staff, and stuff.”

Unfortunately, COVID-19 has continued to place extraordinary strains on the U.S. medical system. As variants like Delta emerged, hospital systems—especially those in areas with low vaccination rates—continued to struggle with capacity issues.

In this video, senior physician policy researcher and emergency room doctor Mahshid Abir discusses her own work on the front line of the pandemic and explains why this research resonated throughout 2021.