Russia May Underestimate Ukraine and NATO 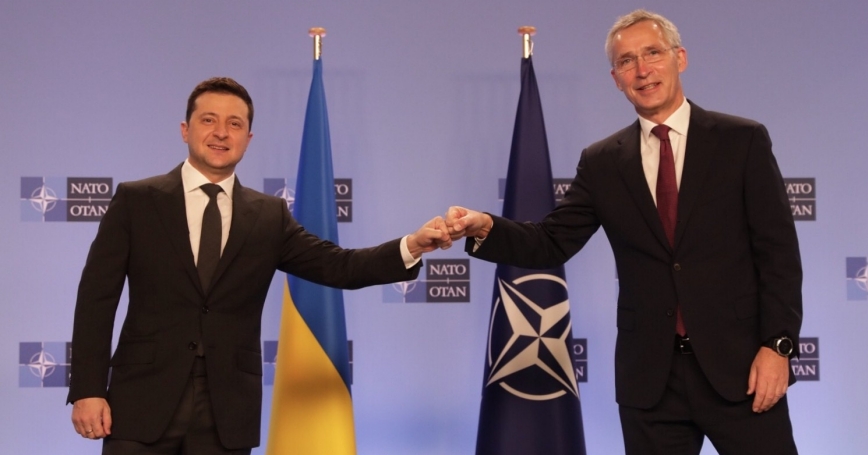 Moscow has unveiled outlandish security demands which sound aggressive and suggest that it may underestimate both NATO and Ukraine. Although any new Russian invasion could be devastating, they must prepare for the possibility.

The Brezhnev-era Kremlin underestimated the West. In the late 1970s, the USSR began deploying SS-20 theater-range ballistic missiles aimed at Europe and Japan. Despite Moscow's fierce campaign (PDF) of propaganda, disinformation, and intimidation, NATO responded by deploying in Europe missiles of comparable range. Having failed to scare NATO into submission, hidebound Soviet leaders lost face. Then a liberalizing leader, Mikhail Gorbachev, came to power and agreed with President Ronald Reagan to ban both sides' missiles.

Soviet leaders in the “era of stagnation” may have believed their own false propaganda that the West was weak and disunited. Today's Kremlin may be making the same mistake.

On December 17, Moscow publicized proposed demands which would in effect require the United States to withdraw from Europe and NATO to collapse. Only a day later, the Kremlin said it might “up the ante.” Nonetheless, on December 21 U.S. national security advisor Jake Sullivan said the United States was ready for talks in “full coordination with our European allies and partners.”

In his December 23 press conference, Putin said he had “so far seen a positive reaction” to Moscow's proposals, but satellite photos show that in mid-December Russia was still deploying more tanks, short-range ballistic missiles, and other arms near Ukraine.

Russia's demands would force the United States to remove its nuclear weapons from Europe and forego deployment of theater-range missiles, even though such weapons could be deployed in European Russia. Proposed accords would ban NATO from admitting any “former Soviet republic” even though NATO has rejected such a ban. They would require that NATO withdraw infrastructure in its eastern members, but the heightened Russian threat to Ukraine may spur NATO to do the opposite. Evidently anxious about popular uprisings against its rule, the Kremlin also demands a ban on “actions aimed at changing the political or social order.”

The Kremlin knows how to negotiate constructively, as it did successfully when it achieved the New START Treaty and the Iran nuclear agreement. On December 21, President Vladimir Putin hinted that the purpose of the new unrealistic demands was to help create a justification for war: “If our Western counterparts continue a clearly aggressive line, we will undertake proportionate military-technical countermeasures.”

Thus, NATO might be wise to consider that Russia could launch a wider invasion of Ukraine. Wars always bring uncertainties, but several considerations could be relevant.

First, any attempt to seize a large area east of the Dnipro River, including such cities as Karkhiv, Dnipro, and Odessa, and possibly Kyiv, would pose a major military operational challenge and take time. Looking at a notional scenario of an invasion by 130,000 Russian troops, RAND found that the operation would take “weeks, if not months, to fully develop and execute.” And an invasion could meet resistance and incur heavy casualties.

Second, in 2014 Russian invaders faced a disorganized but determined Ukrainian opposition, but this time they would confront a better trained, armed, and motivated fighting force. Even a Russian “shock and awe” assault—mass cyber and electronic attacks, and a multi-front combined arms operation—might not easily carry the day.

Ukraine's defenses could be stressed but still slow invaders. Many Ukrainian commanders and soldiers are battle-hardened from the seven-year war in the Donbas. To reduce risks from drone attacks, some Ukrainian forces could disperse in small squads on ATVs or other mobile platforms. Equipped with precision-guided mortars, guided anti-tank and anti-aircraft missiles, and loitering munitions, mobile forces could frustrate some Russian battle plans.

Third, if Ukraine were at risk of being overrun or if adjacent NATO allies were threatened, NATO might intervene. As in the 1973 Yom Kippur War when Israel was threatened with potential defeat, the United States could airlift military aid. Washington has not provided Stinger anti-aircraft missiles, which could down Russian helicopters and low-flying fixed-wing aircraft, but in an extreme scenario it might do so. Although Biden says that providing U.S. troops is “not on the table,” in compelling circumstances NATO could unleash formidable air and naval power.

Fourth, the Kremlin might be tempted think that fears of a widened war or of attacks by cyber weapons, long-range precision-guided missiles, or even limited use of nonstrategic nuclear forces would deter NATO from intervening militarily. These concerns might be a factor, but the alliance has prepared to respond to aggression with its own tools of coercion. For example, it could mount cyber assaults that disrupt Russia's economy and financial system and military logistics for its fighters in Ukraine.

The Kremlin may err if it thinks Ukraine or NATO would easily submit to aggression.

Fifth, Ukraine could mount a longer-term insurgency against Russian occupiers, which might be stretched thin or rely partly on ill-trained conscripts. On December 19, The Washington Post said the Biden administration was exploring ways to aid guerillas. An insurgency might be sustainable if Ukraine west of the Dnipro River or an adjacent NATO member state were to be a sanctuary and source of resupply. At the same time, Russian reactions to armed resistance could be “swift, direct, and brutal.”

The Kremlin may err if it thinks Ukraine or NATO would easily submit to aggression. The hour is late, but Kremlin leaders might consider instead seeking a stable European security architecture that protects Russia's interests while also allowing for a vibrant and sovereign Ukraine.

William Courtney is an adjunct senior fellow at the nonprofit, nonpartisan RAND Corporation, and was U.S. Ambassador to Kazakhstan, Georgia, and a U.S.-Soviet commission to implement the Threshold Test Ban Treaty. Peter A. Wilson is an adjunct international/defense researcher at RAND.

This commentary originally appeared on Moscow Times on December 27, 2021. Commentary gives RAND researchers a platform to convey insights based on their professional expertise and often on their peer-reviewed research and analysis.