The Most Popular RAND Research of 2021 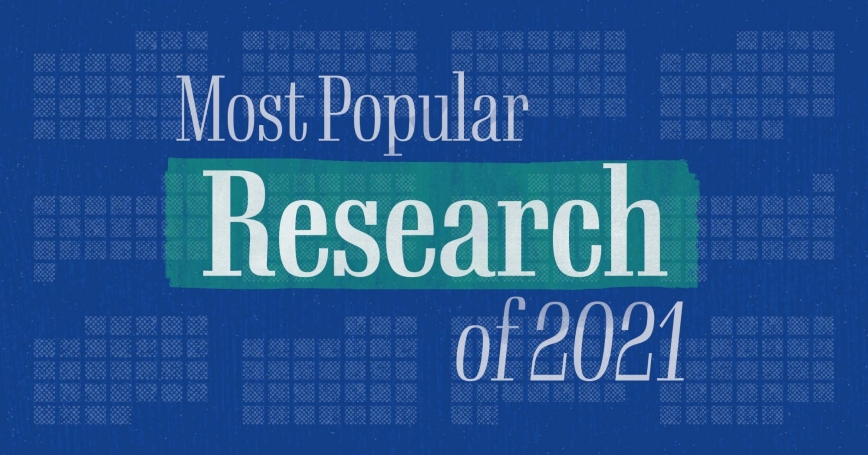 The year began with a deadly attack on American democracy. On January 6, a mob of insurrectionists, persuaded by falsehoods about the 2020 presidential election, laid siege to the U.S. Capitol, attacking law enforcement officers and calling for the sitting vice president to be hanged.

And while 2021 was the year of lifesaving COVID-19 vaccines, it was also the year the pandemic refused to end. Lingering vaccine hesitancy and costly global inequities in access, among other challenges, have prolonged the slog. The virus continues to disrupt daily life and kill thousands each day, having already led to the deaths of millions of people worldwide.

Meanwhile, countless other challenges loomed. For one, global security concerns are rising as the New Year approaches. U.S. rivalries with both China and Russia have become more and more fraught this year.

At RAND, we're not letting up in our efforts to inform evidence-based decisions to confront these and other critical issues. As another extraordinary year draws to a close, we continue to believe that objective, nonpartisan research and analysis has a key role to play in navigating what continues to be a difficult time.

Here are the 10 research projects that resonated most with rand.org readers in 2021. 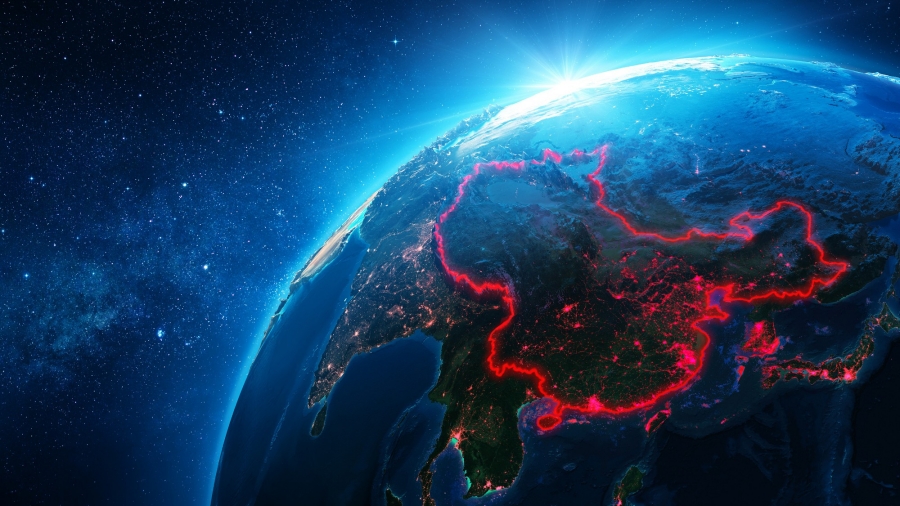 Photo by NASA and RomoloTavani/Getty Images

Several RAND reports published this year focus on a wide-ranging challenge that has become central to much of the Biden administration's foreign and economic policy: strategic competition with China.

The most popular of these studies aims to understand how Beijing thinks about its approach to competing with Washington and how China defines success.

The authors explore a strategy in which China aims to establish regional and global primacy by relying on economic prowess and diplomatic maneuvers. China's goal is to gain a competitive edge that the United States cannot undo.

Notably, China would pursue these goals through peaceful methods and attempt to avoid war. However, that doesn't rule out the possibility of militarized crises or even limited conflicts, such as proxy wars. 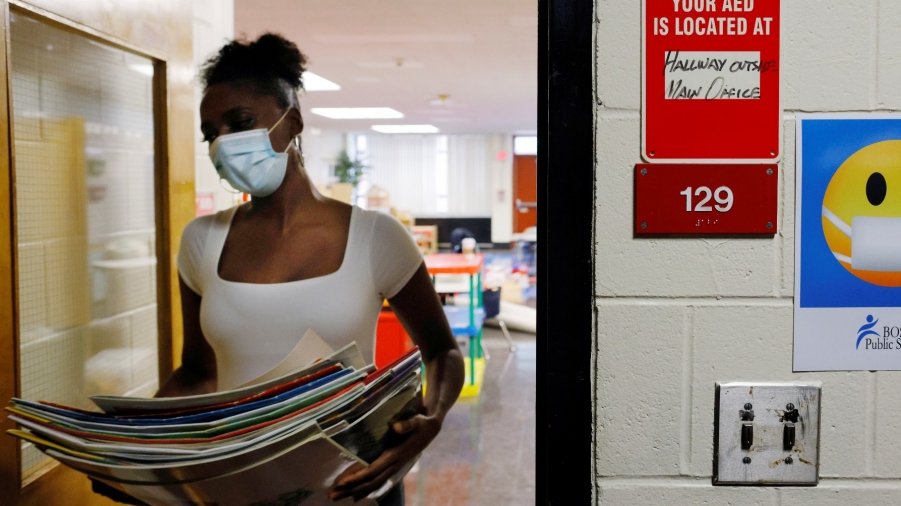 A Kindergarten teacher cleans and prepares her classroom, where she will begin the new school year teaching virtually because of the COVID-19 pandemic, in Boston, Massachusetts, September 18, 2020

Teacher Stress Was a Problem Even Before the Pandemic

According to a RAND survey of former public school teachers, stress was the most common reason they quit their jobs before the pandemic hit. And as many American educators have likely experienced themselves by now, COVID-19 has made this problem even worse.

Three out of every four former teachers we surveyed said that work was “often” or “always” stressful during their most recent year in the classroom. They cited stress nearly twice as often as insufficient pay as their reason for quitting. Almost half of respondents who left the profession early and voluntarily since March 2020 said the pandemic was the main reason for their departure.

Our researchers continue to track and study this important issue. Elizabeth Steiner, author of another popular 2021 RAND study on this topic, recently noted on Twitter that the impact of teacher stress and burnout goes well beyond any effects on turnover. “Teachers are people; stress affects them just like anyone else,” she said. “Even if they aren't quitting their jobs, they may still experience related physical and mental health concerns.” 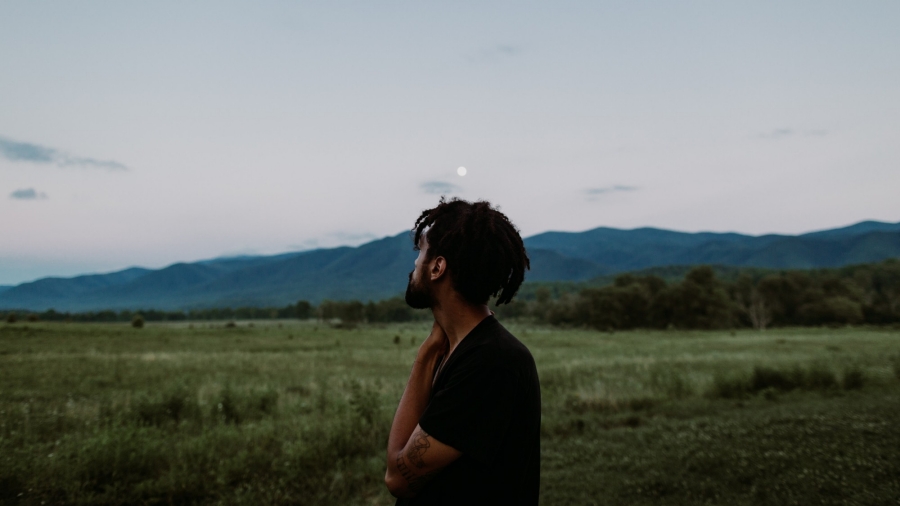 How to Transform the U.S. Mental Health Care System

Why might this be the moment? The authors note that relevant scientific advances, the growth of Medicaid, and political consensus on the importance of mental health have helped set the stage for transformative change to improve millions of Americans' lives.

Such a transformation would be timely, too, considering the widespread anxiety, depression, grief, anger, and loneliness caused by COVID-19. (Another 2021 RAND study estimates that as many Americans experienced serious distress in just the first month of the pandemic as during the entire year beforehand.) 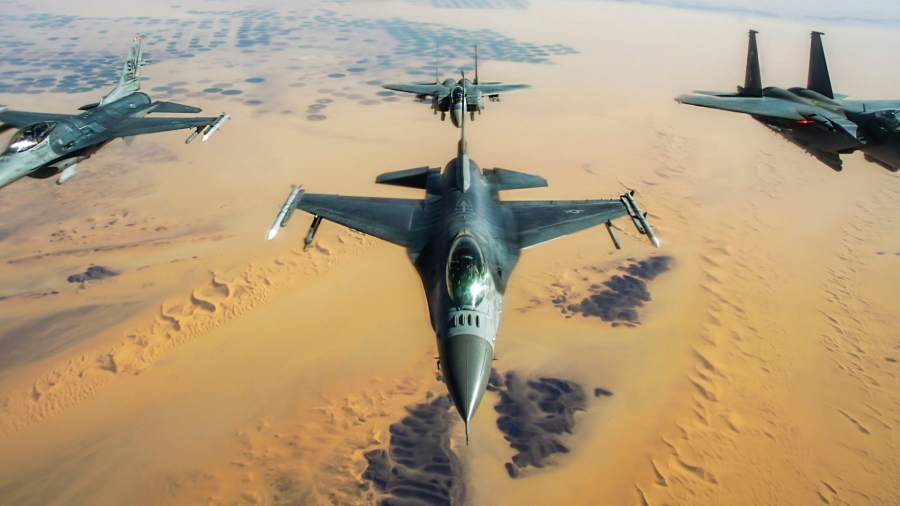 The Role of U.S. Airpower in Defeating ISIS

What happened during the air campaign against ISIS in Iraq and Syria? How was airpower employed? And what are some of the lessons the U.S. Air Force and joint force should learn?

In February, RAND released a detailed report that seeks to answer these questions, examining U.S. and coalition use of airpower during Operation Inherent Resolve from August 2014 to March 2019. At more than 500 pages, the report is a trove of information about U.S. airpower.

The authors find that the ISIS caliphate would not have been destroyed without airpower, which provided critical intelligence and firepower, while “put[ting] steel in the backbone of the Iraqi forces,” as one U.S. lieutenant general said. However, even if the coalition had adopted a more aggressive air campaign, it would have accelerated ISIS's defeat only slightly. 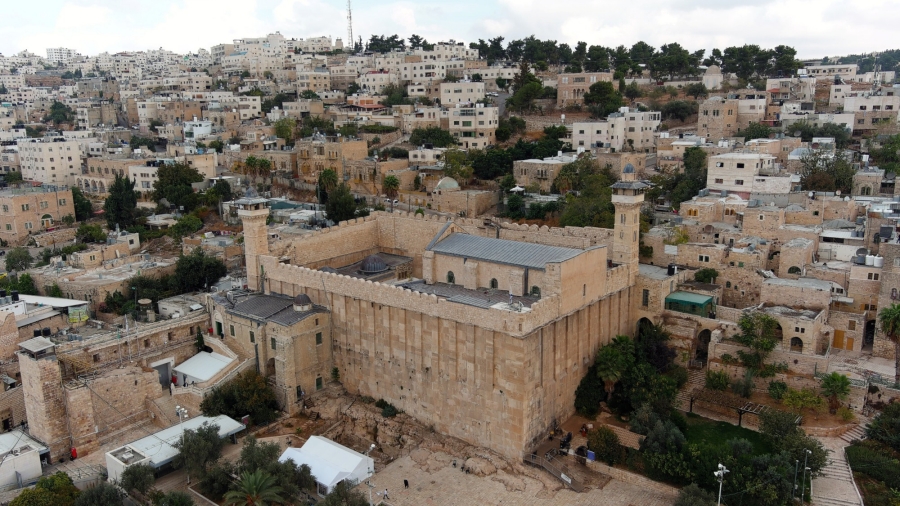 An aerial view of the Cave of the Patriarchs, a site sacred to Jews and Muslims, in the Palestinian city of Hebron in the Israeli-occupied West Bank, November 2, 2020

Alternatives in the Israeli-Palestinian Conflict

The two-state solution has dominated efforts to resolve the Israeli-Palestinian conflict for decades. But growing doubts about its viability have highlighted the potential importance of alternative approaches. Are there any other solutions that average Israelis and Palestinians would support?

To find out, RAND experts conducted focus groups with more than 270 West Bank Palestinians, Gazan Palestinians, Israeli Jews, and Israeli Arabs. Their findings were published in a February 2021 study.

“The data highlight the deep distrust and profound animosity of each side for the other,” lead author Daniel Egel said. Unfortunately, these sentiments were on dramatic, deadly display shortly after the RAND report was published, when fighting erupted in Gaza in May.

“It is hard to imagine a departure from present trends and where they lead,” Egel and coauthors wrote, “unless and until strong, courageous leadership among Israelis, Palestinians, and the international community articulates a desire for a better future for all.” 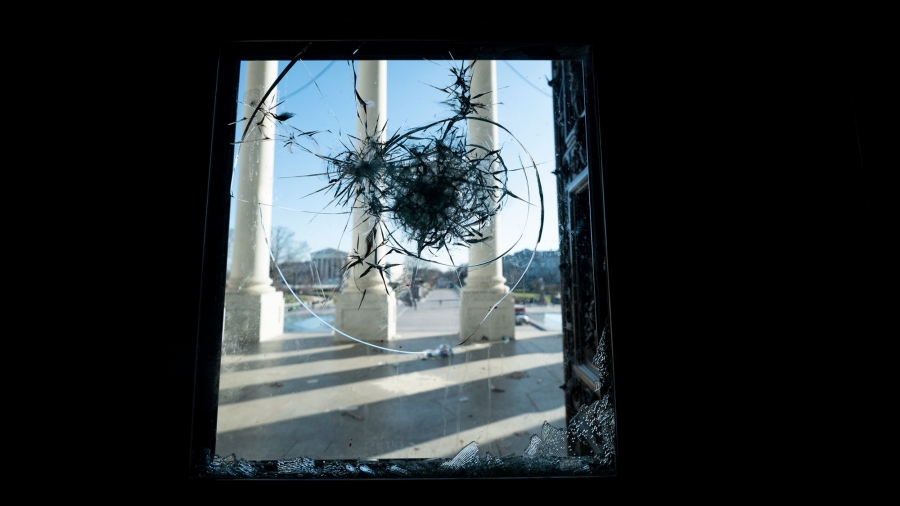 The east front of the U.S. Capitol seen through a shattered door in Washington, D.C., January 7, 2021

As the attack on the Capitol highlighted, violent extremism—and especially violent white extremism—is one of the greatest domestic threats facing the United States. To better understand this problem, RAND researchers interviewed former extremists and their loved ones.

What made these people leave extremist movements? For more than half of them, it was an encounter with someone they had been taught to hate, who showed them kindness. “I found myself in situations where I was faced…with my perceived enemy,” one former white supremacist recalled, “and my perceived enemy was treating me normal.”

Insights from the interviews also suggest that America's approach to countering extremism could be improved by focusing on preventing it—as if extremism were a virus—rather than responding only once it becomes a crisis.

“People can escape this; they can find their way out of these extreme ideologies,” said Todd Helmus, one of the study authors. “Those who are knee-deep in QAnon conspiracy theories or so radicalized by the notion that the election was stolen—they, too, can escape that. There's hope at the end of the tunnel.” 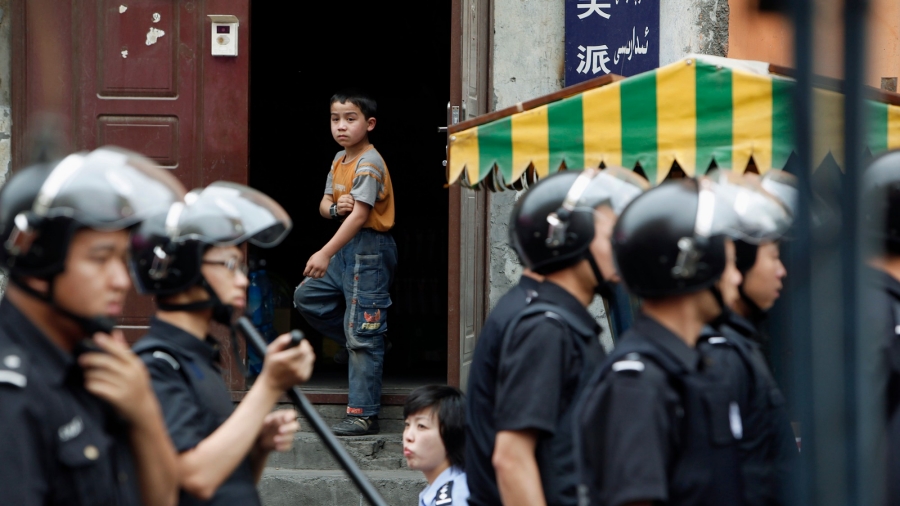 An ethnic Uyghur boy stands at the door of his home as Chinese security forces secure the area in Urumqi, China, July 10, 2009

At least one million Uyghurs and other ethnic minorities have vanished into a sprawling network of camps and prisons in western China. Beijing initially denied that these camps existed and then later claimed they were empty.

But open-source satellite data reviewed by RAND researchers showed that most of these facilities appeared to be active. The images revealed bright-lit compounds, cars in parking lots, walkways plowed of snow, walls of barbed wire, and a sudden rush to build what appear to be fortified preschools.

This imagery has provided a bird's-eye view of what's happening in the vast Uyghur homeland of Xinjiang, which Chinese officials have turned into one of the world's most sophisticated surveillance states.

“It's breathtaking how much satellite imagery is publicly available,” said RAND's Edmund Burke, who worked on the project. “You see stories about one particular camp, or hear one harrowing account from someone who got out of Xinjiang. We realized we could advance those stories and help provide a broader account of what is happening there.”

China's mistreatment of the Uyghur people is likely to remain center stage. Alleged Chinese human rights abuses in Xinjiang formed the basis of a recently announced U.S. diplomatic boycott of next year's Winter Olympics in Beijing. 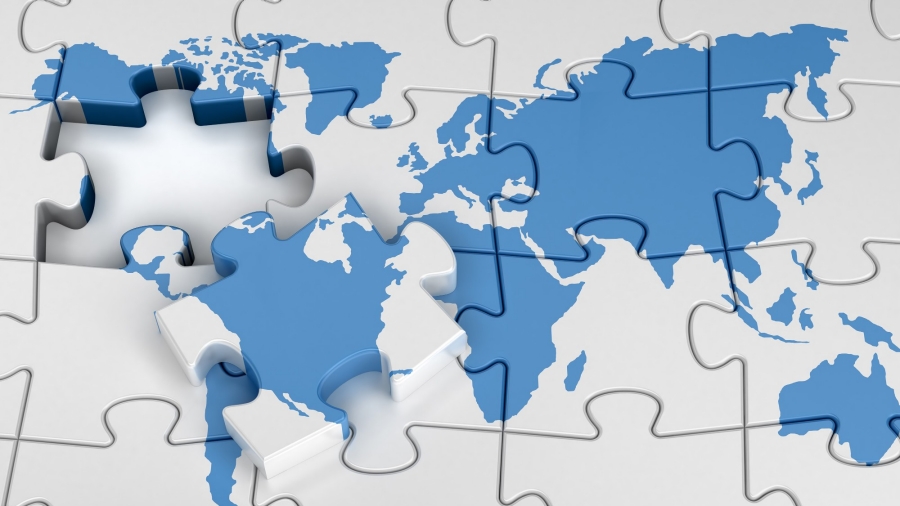 A U.S. Grand Strategy of Restraint

There is growing public interest in rethinking America's role in the world. And as the pandemic and the recession continue, some advocates are calling for the United States to reevaluate its national security strategy and spending.

One option is to adopt a grand strategy of restraint in which America takes a more cooperative approach toward other powers, reduces the size of its military, and ends or renegotiates some security commitments.

One of the most popular RAND reports of 2021 explores the policy implications of embarking down this path. Its conclusion: Those in favor of this approach need to provide more details.

“Advocates of restraint have offered a clear critique about recent U.S. grand strategy as well as broad policy proposals for key regions,” said lead author Miranda Priebe. “To generate more specific policy implications for each region, advocates of restraint need to expand on their logic and conduct additional analysis.” 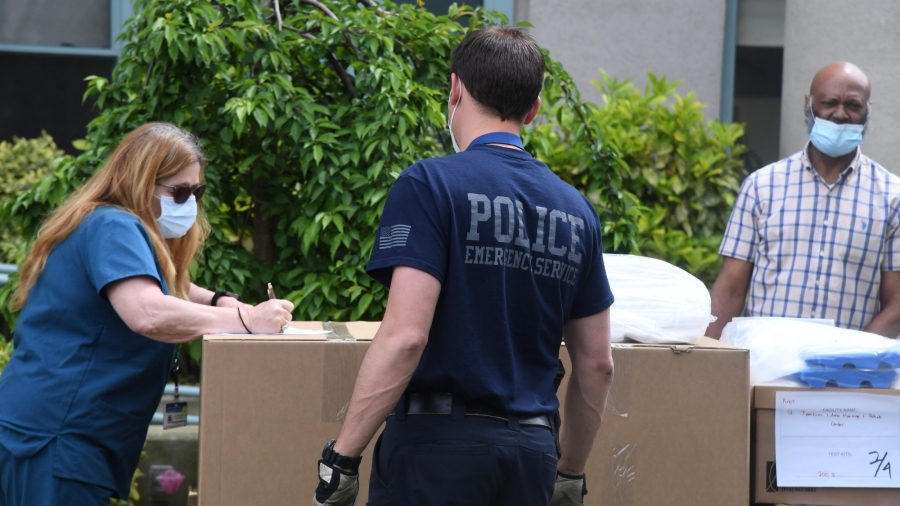 Photo by Marc A. Hermann/MTA New York City Transit/CC BY 2.0

The Pandemic and Lessons for Criminal Justice Reform

As COVID-19 swept through the United States in 2020, criminal justice entities—including law enforcement, court systems, and corrections facilities—had to adapt to slow the spread of disease. At the same time, national protests in response to the murder of George Floyd and other Black Americans created significant pressure for criminal justice reform.

How did this remarkable period affect the criminal justice system? And how might it shape the post-pandemic future? RAND researchers convened a series of workshops to find out and published their findings in a popular August 2021 report.

The pandemic forced the criminal justice system to adapt in unprecedented ways. Many of these changes, such as scaling back low-level arrests and releasing people who were serving minor sentences, also aligned with growing demands for reform. As a result, the authors conclude that it may be difficult or even impossible to fully separate the effects of the pandemic from the broader national environment created by calls for justice reform.

Whatever drove the many changes in America's criminal justice system, this dynamic time highlighted new possibilities for the future and identified critical questions still to be answered. 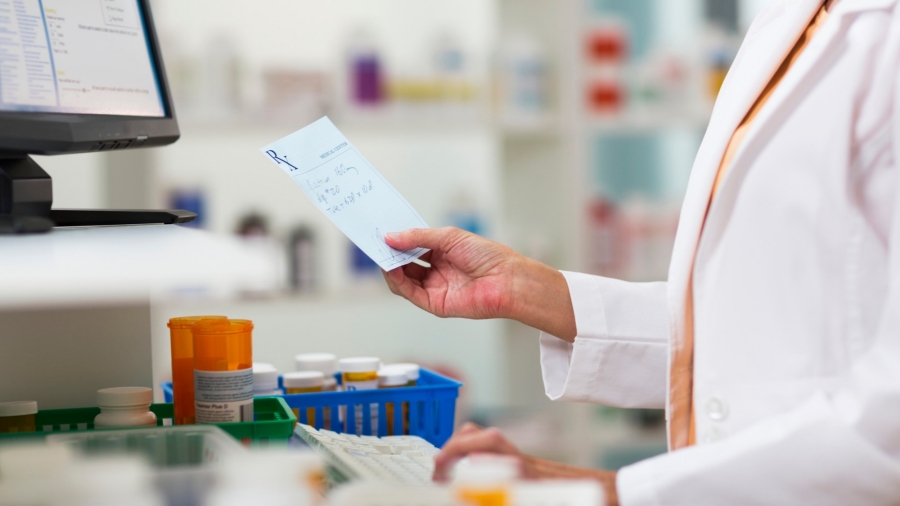 U.S. Prescription Drug Prices Are 2.5 Times Those in Comparison Countries

Prescription drug prices in the United States are, on average, 2.56 times those in 32 other countries. That's according to the most popular RAND research report of 2021.

Brand-name drugs are the primary driver of America's higher prescription drug prices, as this stop-motion animation highlights: For branded drugs, U.S. prices are 3.44 times those in other nations, on average. Prices for generic drugs, on the other hand, are slightly lower in the United States than in most other countries.

“For the generic drugs that make up a large majority of the prescriptions written in the United States, our costs are lower,” lead author Andrew Mulcahy said. “It's just for the brand-name drugs that we pay through the nose.”

Price transparency may help address the problem of rising U.S. prescription drug spending, which is estimated to account for more than 10 percent of the country's total health care spending.