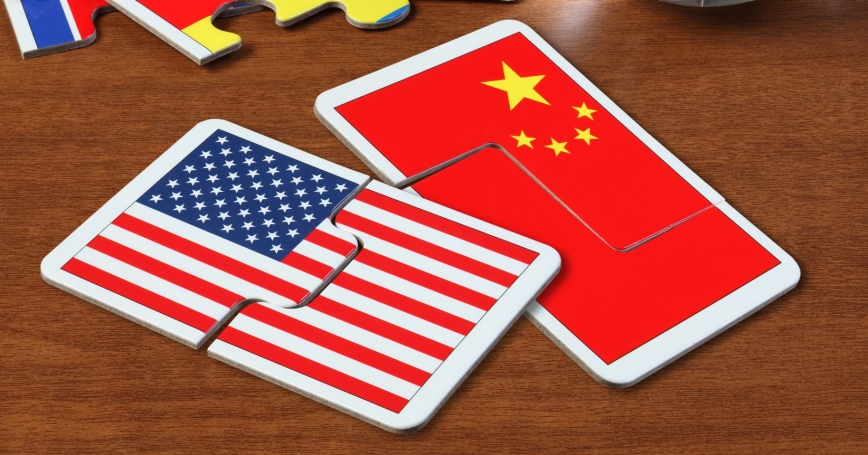 As the United States gets its arms around the challenge of a long-term rivalry with China, several powerful but dubious claims are putting down roots in the collective thinking of the U.S. national security community. Some are well on the way to becoming unquestioned articles of faith, and like similar pieces of conventional wisdom that took root at the outset of the Cold War, could distort U.S. policy as it deals with this profound new challenge.

Two such claims appear in a new essay by the esteemed political scientist John Mearsheimer. He suggests that the U.S. effort to draw China into the U.S.-led order was foolhardy and that a militaristically aggressive form of Chinese ambitions is unavoidable. Both claims are suspect, and if allowed to sway U.S. thinking, they could make this rivalry even more dangerous.

Mearsheimer contends that the U.S. effort to engage China from the 1980s through the 2000s, encouraging economic investment and inviting it into the U.S.-led world order, “May have been the worst strategic blunder any country has made in recent history: There is no comparable example of a great power actively fostering the rise of a peer competitor.” He suggests that by the 1990s, the United States was “in an ideal position to hinder China's rise.” That it did not do so, he argues, was a geopolitical error of historic proportions.

An outright policy of quashing China's development was never a feasible option.

Yet an outright policy of quashing China's development was never a feasible option. That economic progress lifted over 800 million people out of poverty, and a U.S. effort to stifle such progress would have amounted to one of the most sustained campaigns of impoverishment on record. Such merciless economic warfare would not have been politically viable—it would have been seen as a starkly racist effort to suppress the prospects of nonwhite peoples. Nor would others have joined such a campaign. Many countries in Asia saw huge potential for economic exchange with China. European allies perceived an economic, trade, and financial opportunity as well: as recently as 2015, the British prime minister was saying Britain aspired to be China's “partner of choice” in the West.

Trying to persuade other countries to shun the world's largest emerging market as early as Mearsheimer suggests, in the 1980s or 1990s, would have been a fool's errand. A leading realist thinker made just such an argument in an earlier essay on U.S. strategy toward China: “Many countries around the world would be eager to increase their economic intercourse with China, thus filling the vacuum created by Washington's efforts to cut back its trade with and investment in China,” this scholar noted. “Because China cannot be isolated economically, the United States cannot slow its economic growth in any meaningful way.” The scholar in question was John Mearsheimer himself, writing in 2014.

Abandoning trade and investment with China would also have imposed significant economic costs on U.S. firms, and provoked howls of discontent from American industry. Once again, Mearsheimer made this precise argument himself: “The main problem” with a strategy of economic warfare, he wrote in 2014, is that “there is no practical way of slowing the Chinese economy without also damaging the American economy.” The isolation strategy Mearsheimer now proposes in his latest essay would have involved preemptive peer suppression. Rightly or wrongly, in the 1990s, few considered China an imminent threat. An effort to slow its rise would have had to be based on the prediction—not the reality—that China posed a grave threat. There is virtually no chance that such a choice, with immense economic and human costs for all involved, could have been made on a forecast.

Mearsheimer admits in his recent essay that the United States was “wise” to “integrate China into the world order”—but only in the 1960s, and only during the period when “a more-powerful China would be better able to help contain the Soviet Union.” He seems to believe that Washington should have then switched off the engagement process at the end of the Cold War, as China's growing power became a threat rather than an advantage. But complex, politically sensitive policies that engage wide-ranging domestic interests on issues like trade, student exchange, shared scientific research, and business investment cannot be modulated like a thermostat.

Mearsheimer's overall skepticism about engagement's essential mechanism is also misplaced. Constructing a shared order is an entirely reasonable way to pursue power and security and generate a wider world that is safer for a great power's interests. Partly because of the dominance of the United States and its allies in global trade, investment, and technology networks, the post-war, U.S.-led order has possessed an immense gravitational pull. It was hardly ridiculous to imagine that it would influence China's preferences. In fact, it appears to have done exactly that on many issues.

China's Conception of Its Goals Remains a Work in Progress

A second questionable claim in Mearsheimer's essay is his assertion that China “is deeply committed to an expansionist agenda in East Asia.” It is not clear precisely what he means by “expansionist,” but he strongly implies that Beijing seeks to impose its will in the manner of classic militaristic revisionists.

It is not that Mearsheimer is wrong to highlight the potential for dangerous upper bounds of China's aggressive ambitions. But we do not yet know enough to justify categorical assumptions about where China's behavior will end up, especially if those assumptions demand a U.S. military response. We still have ample opportunity to shape China's conception of what its goals mean in practice. The PRC clearly seeks more-predominant influence in the Asia-Pacific and some global leadership position. But precisely what these roles look like to satisfy its aims remains the subject of ongoing debate and negotiation within China. Especially given the risks of pursuing the more-extreme versions of its goals, Beijing may eventually find it can live with a more-constrained version of “hegemony.”

In an earlier essay, Mearsheimer argued that China “will attempt to dominate Asia the way the United States dominates the Western Hemisphere.” The analogy can be read in different ways: The United States' role in its own hemisphere has sometimes been overly interventionist and has insisted on limits to foreign military presence. But China trades actively with and invests in countries in the Americas and has extensive diplomatic and cultural relationships with them. Notwithstanding some heavy-handed behavior at times, the United States has not sought to turn its neighbors into vassal states or to exercise autocratic control over their foreign economic relations. China can prosper and satisfy its core security interests under the current interpretation of U.S. regional influence.

It is possible that Beijing could work toward a somewhat parallel level of influence in Asia that the United States could live with. As the China expert Nadège Rolland argued in a recent monograph, official and scholarly statements of Chinese objectives are filled with obscure terms that do not require any specific policy. “Beyond a set of cryptic or bland formulations,” she writes, “the Chinese leadership does not spell out exactly what its vision is.” For her part she contends that China seeks a “partial, loose, and malleable hegemony”—reflecting some elaborate rhetoric, to be sure, but one with enough flexibility that its final form is not yet determined.

It would be wrong, and dangerous, for the United States to assume that a militaristically aggressive form of China's ambitions is already set in stone. Such an assumption could lead the United States to portray the nature of the rivalry in increasingly apocalyptic terms and confront China in needlessly belligerent ways. In a recent essay, Timothy Heath and William Thompson reject Mearsheimer's call for an aggressive confrontation of China, which, they point out, “mistakenly assumes that all rivalries share the same levels of hostility and threat.” The U.S.-China rivalry, “troublesome as it is, could be made much worse” by such perceptions. Still, the United States should not pivot to the opposite extreme and begin making unjustifiably optimistic assumptions. Heath and Thompson, for example, are equally suspicious of proposals to reach a “grand bargain” with China or to simply accept significant degrees of unqualified Chinese hegemony in Asia.

A U.S. strategy could avoid the worst of both extremes by assuming that Beijing's ultimate vision is not already locked into place and seeking to shape China's conception of its own goals and role in the world order. Part of that agenda must involve a credible deterrent presence and robust regional security ties. But it need not involve fatalistic assumptions about China's likely behavior, or provocative military threats.

The Danger of Unquestioned Assumptions

Mistaken impressions about the nature of a rival and the character of the rivalry can create momentum for dangerous policies.

Managing a rivalry with a regionally ambitious, globally engaged peer competitor of China's economic heft and technological sophistication will be one of the most profound strategic tests the United States has ever faced. A major lesson from its last global rivalry—the Cold War—is that mistaken impressions about the nature of the rival and the character of the rivalry can create momentum for dangerous policies. Hyperbolic claims about Soviet intentions and the stakes involved in specific disputes repeatedly pushed the United States into understandable but excessive responses—from threats to invade Cuba, to Vietnam, to nuclear warfighting doctrines—that pushed the confrontation to the brink.

A major task for the current phase of the U.S.-China rivalry is to avoid similar miscalculations. China's challenge to U.S. power and international norms is very real, but so are its limitations. China is aggressive, but not unreservedly so. It has strong ambitions, but ones that may be amenable to shaping and channelling in ways that do not end up threatening vital U.S. interests. One of the most urgent demands in this intensifying rivalry, in other words, is to maintain a healthy balance in our assessment of the rival's ambitions. Part of that balance requires fighting the temptation to embed unquestioned and dubious claims into our conventional wisdom.

This commentary originally appeared on 9DASHLINE.com on January 17, 2022. Commentary gives RAND researchers a platform to convey insights based on their professional expertise and often on their peer-reviewed research and analysis.