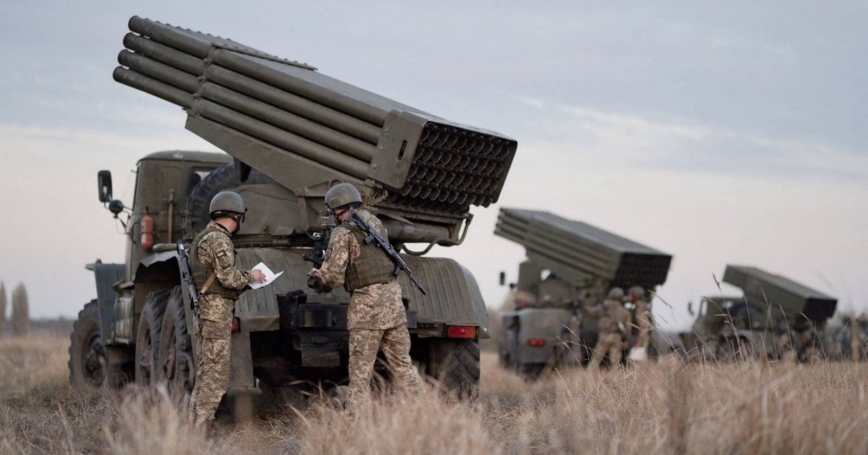 by William Courtney and Khrystyna Holynska

Facing existential risk, Ukraine may consider unprecedented steps. Urgent measures might help it protect against a Russian invasion. If the immediate threat were to ebb, Ukraine might use the time gained to prepare for potential future threats.

In cautioning Ukrainian President Volodymyr Zelensky in a January 27 phone call about a “distinct possibility” of a February invasion, President Biden may have intended to prod Ukraine to step up preparedness.

“What Would Russian Troops Do Once They Cross the Ukrainian Border?” For months similar headlines have inundated media. Russia's military options in Ukraine are studied, with special attention to the buildup of troops close to Ukraine's border and in Crimea, and recently in Belarus. A difference between these moves and the headline above is its date—April 2014.

For eight years Russia has waged a limited war in eastern Ukraine. During this time, Ukrainian forces have become better trained and equipped. Many have gained combat experience. The West has helped; the United States has provided Ukraine with over $2.5 billion in military assistance.

Multiple scenarios are possible. Let us consider the cases of a near-term large-scale invasion and of no invasion for now.

Moscow has amassed enough forces to conduct the largest combined arms operation since the Battle of Berlin in 1945. This could involve an onslaught from Crimea in the south, Russia in the east, and Belarus in the north. Moscow could pursue a “thunder run” south from Belarus with the aim of quickly encircling Kyiv and causing the government to surrender or to collapse and install a puppet regime.

Ukrainians' will to resist could facilitate a viable long-term insurgency.

To hedge against risks, the government could prepare rapidly to relocate essential functions to western Ukraine. It might create capacity for priority evacuation of children and pregnant women from vulnerable cities, as did Great Britain on the eve of World War II. It is not too soon to prepare and to act. The Russian, U.S., and other embassies are evacuating diplomats and families.

Financial, transport, or other constraints might discourage some families from taking prudent steps. Many might have nowhere to go or no means to leave. Emergency support might build confidence that citizens would not be left alone. Trust could be increased by informing them of preparedness measures while taking care not to induce panic. Bank runs and fuel and food shortages are risks.

A walk through the streets of major cities may show life as usual, but many Ukrainians are preparing for the worst. Some are training in volunteer territorial defense battalions. Recent attention to civil defense is unprecedented. Decrepit Soviet-era civil defense bunkers are being inspected. Brochures show citizens how to act in various contingencies.

Ukraine could gain time to implement protective measures by relying on determined defenses. They could impede mechanized attacks on poor roads in frozen temperatures and limited winter daylight. Urban resisters could delay invaders and multiply their casualties.

Ukrainians' will to resist could facilitate a viable long-term insurgency. Akin to Swiss strategy in the Cold War, Ukraine could train and equip local defense units for decentralized resistance. It might utilize small drones for battlefield awareness.

If Russia eases pressure, Ukraine might still be wary. The Kremlin has ratcheted up and down fighting in eastern Ukraine to serve political aims of the moment.

If Russia eases pressure, Ukraine might still be wary. The Kremlin has ratcheted up and down fighting in eastern Ukraine to serve political aims of the moment.

Ukraine might take advantage of any lull to make defense investments. It could fortify camouflaged fighting positions, and ready bridges and other infrastructure for rapid demolition. Ukraine could further modernize its military capabilities, including by seeking extended military aid, and build further diplomatic support from the West. Drawing on counterinsurgency experience in Afghanistan and Iraq, the United States and its allies could help train potential insurgents.

Should Russia decide to ease tensions or not go beyond small-scale provocations, this would change little in the ongoing war in eastern Ukraine.

Developing a culture of preparedness could benefit from persistent public education and time.

Ukraine has traveled far. Over time, discouraging Russian imperial coercion may depend in large part on whether Ukraine overcomes poverty and stifling corruption and becomes a resilient democracy. Accelerating reforms might be the country's best long-term defense. A stronger Ukraine could demonstrate that geographical or ethnic proximity does not consign it to an unhappy fate.

William Courtney, an adjunct senior fellow at the nonprofit, nonpartisan RAND Corporation, was U.S. ambassador to Kazakhstan, Georgia and U.S.-USSR negotiations to implement the Threshold Test Ban Treaty. Khrystyna Holynska is an assistant policy researcher at RAND, Ph.D. student at the Pardee RAND Graduate School, and visiting professor at the Kyiv School of Economics.

This commentary originally appeared on The Hill on January 29, 2022. Commentary gives RAND researchers a platform to convey insights based on their professional expertise and often on their peer-reviewed research and analysis.