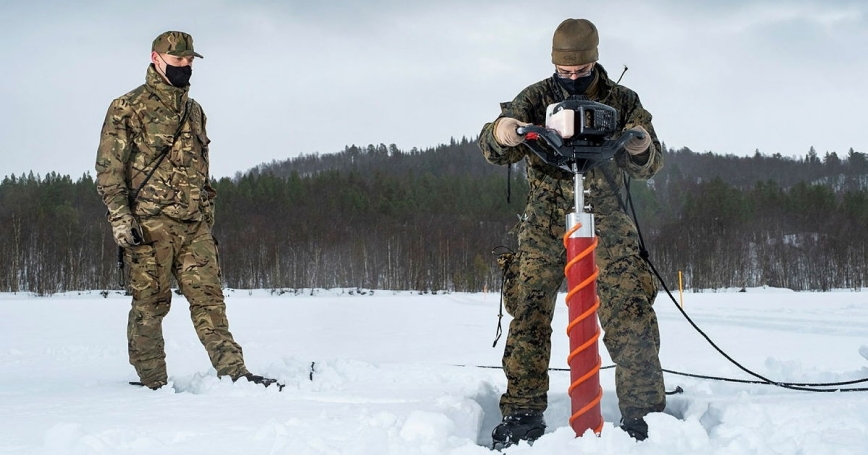 At a time of increased tension between NATO and Russia over the Ukraine crisis, the relevance of the High North as an area of geostrategic competition is easy to overlook—but only growing in importance. Sea-ice loss attributed to climate change is opening sea routes and access to potential resources in the Arctic. Big regional players, chiefly the United States and Russia, are both willing to assert themselves in the region while China has expressed ambitions to become a “polar great power.” And any conflict emerging from Europe's eastern or southern flanks could spread to its northern reaches.

A natural gateway to the North Atlantic, the United Kingdom has good reasons to be interested in the Arctic and is developing its own strategy for engagement in the area. However, the United Kingdom's ability to become influential in regional Arctic policies is not a foregone conclusion. A recent RAND report investigated potential solutions for improving how the UK government can coordinate activities aimed at influencing developments in the region.

The research considered documentary evidence and government-wide perspectives on how to enhance cooperation across Whitehall and better balance needs between traditional stakeholders of Arctic diplomacy and partisans of greater engagement, most notably the Armed Forces.

The most fundamental improvement would reside in streamlining decisionmaking related to the High North. The Foreign, Commonwealth, and Development Office's (FCDO) Polar Region Department is at the helm of UK Arctic policy and represents the government at the Arctic Council, the main intergovernmental forum of cooperation in the Arctic region which specifically excludes matters relating to military affairs. If not handled deftly, this arrangement could risk creating an administrative bottleneck for any other departments willing to engage with the Arctic Council on regional issues.

A natural gateway to the North Atlantic, the United Kingdom has good reasons to be interested in the Arctic and is developing its own strategy for engagement in the area.

The Ministry of Defence (MOD) also participates in intragovernmental Arctic conversations under the aegis of the FCDO but is also pursuing its own focus on 'hard' security in the Arctic, not least following Russian military buildup in the region. Diplomats at the FCDO and other departments are waiting on the MOD's Defence Arctic Strategy announced in 2018 and yet to be released.

The FCDO, MOD, and other relevant stakeholders could agree on a single strategy applying to the wider High North, putting the Arctic in the context of the North Atlantic access and its environmental and geostrategic implications for the United Kingdom.

Towards this end, the creation of a cross-government National Security Strategy Implementation Group—an interagency task group focused on a specific 'big issue' facing government—might signal the growing importance of the region in UK policy and aid cross-government cooperation. The systematic inclusion of other FCDO teams such as the Ocean Policy Unit or the Russia and China desks could also help coordinate the MOD's engagement on hard security issues.

The UK defence and deterrence posture in the Arctic could also be harmonised with a broader cross-government High North strategy. The United Kingdom enjoys good relations with most Arctic states because of shared agreement on maritime law and Freedom of Navigation. These commonalities could underpin any military involvement in the region. The United Kingdom could also boost Arctic naval cooperation with like-minded countries not necessarily limited to the Arctic circle, such as Japan or France.

Extra-Arctic cooperation may show the eight Arctic countries that the United Kingdom is not the only “outsider” interested in the region. Furthermore, pressure on the defence budget and the overstretch of the Royal Navy could render international cooperation in the Arctic an operational necessity, as much as a political opportunity.

The United Kingdom's clout in science and industry could also have ripple effects in the High North, as environmental changes are boosting interest and investment in the region. As just one example, the UK Natural Environment Research Council supports an established community of British scientists working on High North issues and recently invested £200m in a state-of-the-art polar research vessel.

Scientific research is also a domain in which geopolitical competitors Russia and China are prone to cooperate, creating opportunities for the United Kingdom to engage, build trust, and collaborate on common goals. Indeed, the United Kingdom signed an Agreement on Enhancing International Arctic Scientific Cooperation with Russia in 2017 that could support such gesture.

There may also be a need to consider the politics of Scotland's proximity to the Arctic and the Scottish Nationalist Party's own aspirations to increase ties with the region, potentially exacerbating tensions within the Union if not handled carefully. More investments could soon follow in space capabilities as the upcoming Scotland-based Sutherland spaceport will be ideally positioned to launch satellites into orbit to maximise time above the poles.

The multifaceted nature of Arctic policies, stretching from climate security and scientific cooperation to economic development and conflict mitigation, may require a whole-of-government approach from the United Kingdom. Such an approach could be necessary for the United Kingdom to appear a credible partner to Arctic countries and other third parties. As a changing Arctic brings new threats and opportunities, there may be good arguments for the United Kingdom to be more than a passive spectator and to potentially reap the benefits of a peaceful and developing High North. The question is not whether the United Kingdom can be a player that counts in the Arctic, but whether it will and how.

Nicolas Jouan is an analyst in the defence and security research group at RAND Europe.